The plan is described as “a $25 million commitment,” “important gesture,” and “significant milestone” as part of a broader “$401 million investment” towards its “Closing the Gap” program.

“Our Indigenous history should be celebrated and acknowledged so young Australians understand the rich and enduring culture that we have here with our past,” Mr Perrottet said.

“Installing the Aboriginal flag permanently on the Sydney Harbour Bridge will do just that and is a continuation of the healing process as part of the broader move towards reconciliation.

“We are making significant investments, adopting new approaches and taking practical steps to Close the Gap and improve outcomes for Aboriginal people across NSW.”

Minister for Aboriginal Affairs Ben Franklin said, “We are incredibly proud to be working in partnership with Aboriginal stakeholders on both symbolic and practical reconciliation.”

He later added, “It is both a symbolic and practical gesture which demonstrates the NSW government’s commitment to reconciliation, truth-telling and respecting Aboriginal people both within our state and nation.”

The $25 million flagpole will help “improve outcomes for Aboriginal people across the state,” according to the NSW government. 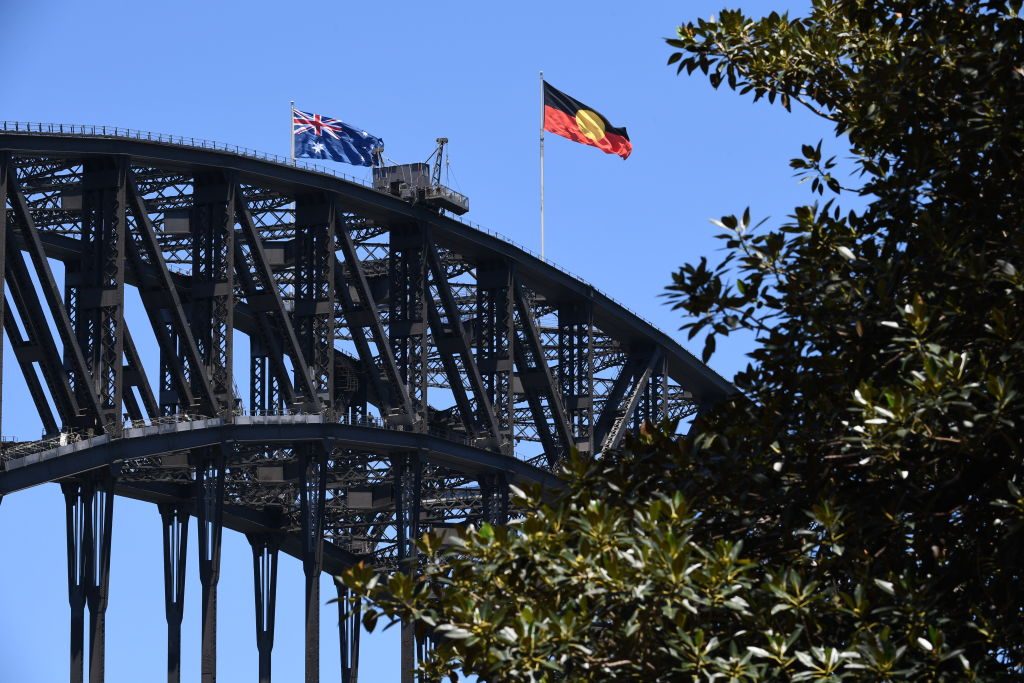 The Australian Aboriginal flag (on the right) flies atop the Sydney Harbour Bridge alongside the Australian National flag in respect of NAIDOC week on November 10, 2020 in Sydney, Australia. NAIDOC Week celebrates the history, culture and achievements of Aboriginal and Torres Strait Islander peoples. (James D. Morgan/Getty Images)

Conservative coalition leader Perrottet said on Monday he is seeking a departmental review of the proposed flagpole’s $25 million price tag after being unable to explain the cost.

He claimed to be reviewing the cost estimates “line by line” to ensure NSW taxpayers would receive “value for money.”