Far-left Rep. Alexandria Ocasio-Cortez (D-NY) this week slammed “Protestant work ethic culture” for the overarching rejection of mass social welfare handouts in the United States, blaming it on the “Puritan work ethic” which she said has a “CHOKEHOLD” on U.S. policies.

“Why are you Americans so fetishized abut social welfare being viewed as handouts?!?!” a questioner asked during a Q&A session posted to the lawmaker’s Instagram stories this week.

“It’s that Protestant work ethic culture and US settler colonialism baby!!!” Ocasio-Cortez responded, accusing United States culture of lacking a “self-awareness about the full extent of its own history and heritage.”

“Particularly the history of our cultural norms and values. That is because raw US history can a) make a lot of privileged people uncomfortable and/or b) gives marginalized people too many ideas and examples if you know where I’m sayin,” she said, claiming that people simply “write it out of history books and pretend it never happened.”

“So now lots of people think participating in social welfare is a character flaw, but don’t question where that notion comes from nor understand its deep historical roots,”  she said, complaining about the fundamental values embraced by early settlers, zeroing in on the “Puritan work ethic.”

“Race & Puritan work ethic has had a CHOKEHOLD on US policies, economics & history from the Mayflower to now and a lot of people don’t even know what they’re saying is not considered normal almost anywhere else,” Ocasio-Cortez concluded. 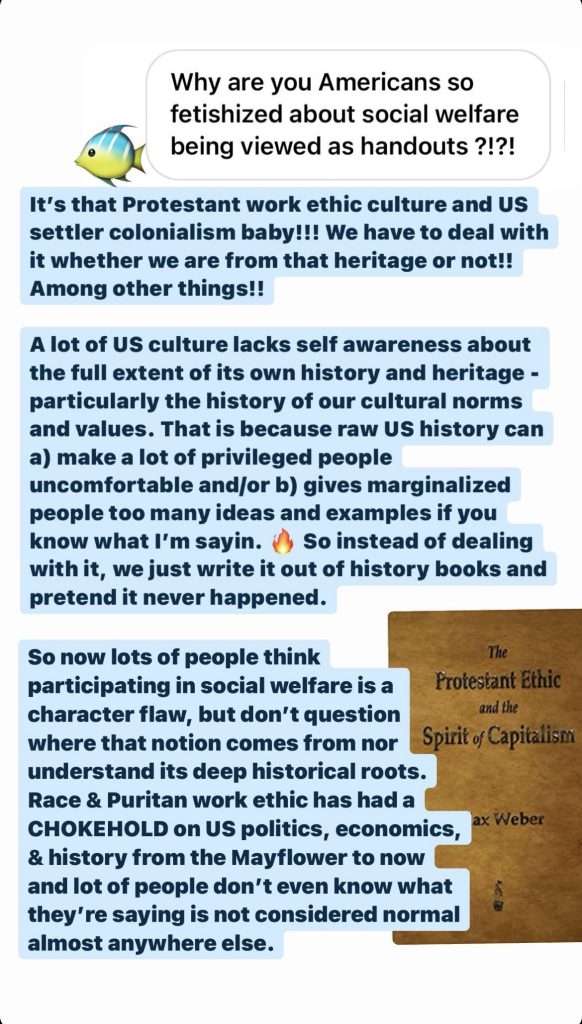 Based on her remarks, it does not appear that Ocasio-Cortez looks fondly upon certain fundamental developments in the early formation of the country connected with the embrace of the “Protestant work ethic,” including what the late Rush Limbaugh dubbed the “The True Story of Thanksgiving,” which is actually about socialism failing. 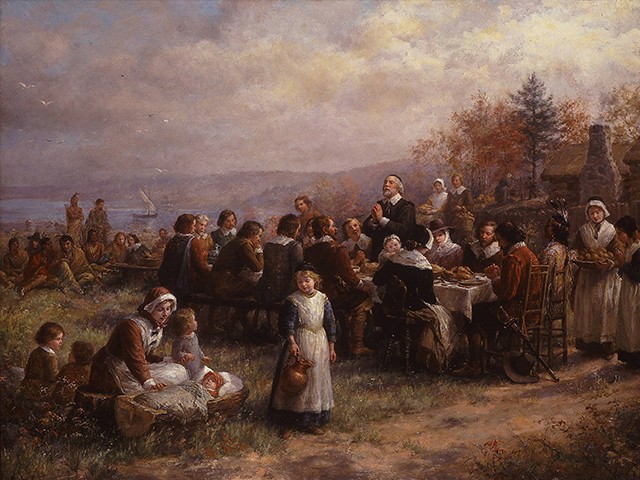 Thanksgiving at Plymouth, painting by Jennie Augusta Brownscombe, 1925 (National Museum of Women in the Arts)

“The lesson is — The True Story of Thanksgiving is — that William Bradford and his Pilgrim community were thanking God for the blessings on their community after the first miserable winter of a documented failure brought on by their attempt at fairness and equality, which was socialism,” Limbaugh said during his last Thanksgiving rendition in November 2020.

Ocasio-Cortez’s rant follows years of parents’ and others’ battles against far-left Democrats over their embrace of Critical Racy Theory (CRT), which some red states have taken action against in order to protect children from the Marxist ideology and radical revisionist history in classrooms.