Several female athletes are set to speak at an “Our Bodies, Our Sports” rally in D.C. on the 50th anniversary of Title IX going into effect.

Competitive swimmer Riley Gaines Barker is one of many who will speak on preserving women-only sports teams on the same day fifty years ago that the Title IX law went into effect to prevent sex-based discrimination in schools.

The NCAA deprived Barker of a fifth-place trophy at the organization’s swimming championships this year after Barker tied for fifth with Lia Thomas, a man, in the women’s 200-yard freestyle. Barker has said the NCAA gave Thomas the one trophy it had on hand at the event and later mailed Barker a separate trophy. 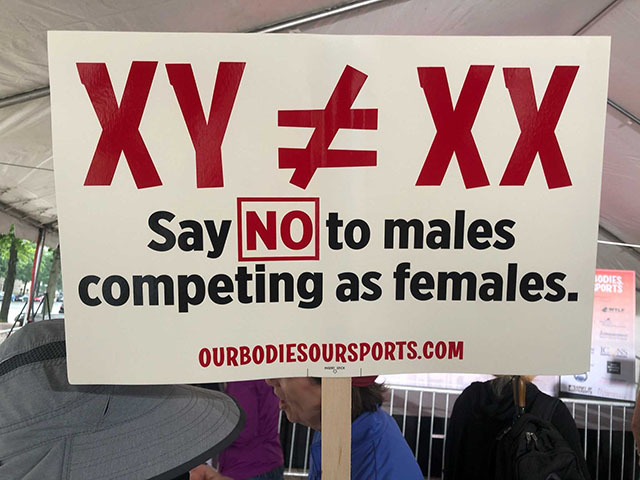 A protester holds a sign in favor of prohibiting men from competing in female sports at an “Our Bodies, Our Sports” rally in Washington, DC, June 23, 2022. (Matt Perdie/Breitbart News)

The event takes place at 11 a.m. at Freedom Plaza.