Republican and Republican-leaning voters were asked, “If the 2024 Republican presidential primaries were being held today and you had to make a choice, for whom would you vote?”

The survey also asked if Republicans and Republican-leaning voters would chose Trump or Florida Gov. Ron DeSantis (R) in a hypothetical 2024 matchup. Again, Trump leads by double digits — 56 percent to DeSantis’s 32 percent. Additionally, a plurality, 38 percent, said DeSantis should only run in 2024 if Trump does not.

Despite Trump’s double-digit lead, the Florida governor is the runaway favorite in a hypothetical 2024 Republican primary matchup absent of Trump, leading the crowded field of candidates with 45 percent support. The only other candidate to garner double-digit support is former Vice President Mike Pence with 12 percent support. 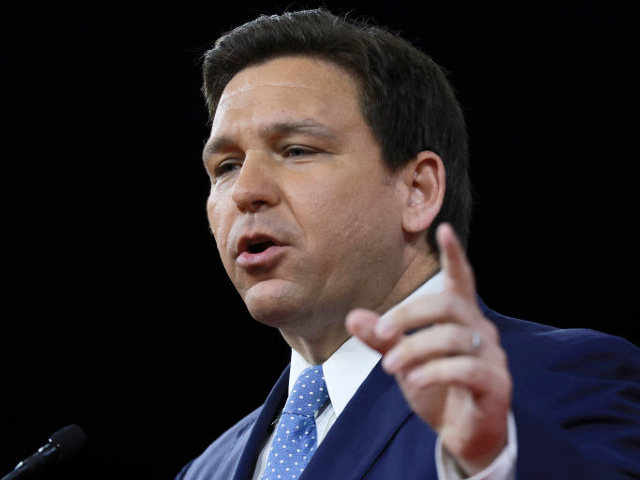 When asked why a voter would support Trump over DeSantis in the hypothetical 2024 primary, 39 percent cited his “proven track record” as president, followed by 21 percent who said Trump would “do a better job than DeSantis.” Another ten percent cited Trump’s “excellent” performance on the economy. 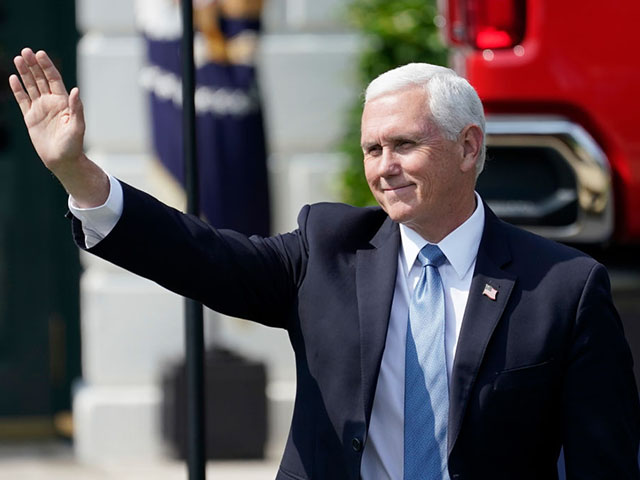 When asked why a voter would chose DeSantis over Trump, 24 percent said they made their decision because the Florida governor “has a better personality and is more level-headed.” Twenty-two percent said “Trump is too hated, controversial, [and] polarizing,” and 18 percent pointed to DeSantis’s job performance in Florida.

DeSantis’ personality, policies in Florida, and Trump’s polarizing presence are top reasons why 32% of GOP voters would choose to vote for DeSantis over Trump if the 2024 GOP Presidential primaries were today. pic.twitter.com/y4760CxInn

DeSantis has not shown any signs of running in 2024, dismissing rumors over the past two years, and telling reporters in September 2021 that “all the speculation about me [running for president] is purely manufactured.”

Trump, however, has dropped several hints since leaving office, recently telling New York Magazine that he has already made a decision.

“Well, in my own mind, I’ve already made that decision, so nothing factors in anymore,” Trump said.

“I would say my big decision will be whether I go before or after [the midterms],” he added.