HOLLYWOOD, FL — Florida Gov. Ron DeSantis (R) pointed to scripture to show fellow conservatives how to battle against the radical left and their schemes, urging the crowd to “put on the full armor of God.”

“If you’re running for the legislature, if you’re just a concerned citizen going to a school board meeting, you’re going to a public meeting, standing up and speaking the truth and standing for the right things at this moment in time is not cost free,” he said at the 2022 Sunshine Summit Victory dinner.

Anyone doing that will face opposition, he said, using the pushback his administration received from the left and establishment media during the height of the Chinese coronavirus as an example.He said:

While the governor said it is crucial to be “right” on the issues, that alone is not enough. One must have the courage of their convictions to stand up against the corrupt establishment media, cancel culture, the woke mob, and the “Brandon Administration,” he emphasized, before giving the ultimate word of advice to fellow conservative Floridians, straight out of Ephesians 6.

“You gotta be ready for battle. So put on the full armor of God,” he said, triggering a round of applause. “Take a stand against the left’s schemes. Stand firm with the belt of truth buckled around your waist. You will face fire from flaming arrows, but the shield of faith will protect you.” 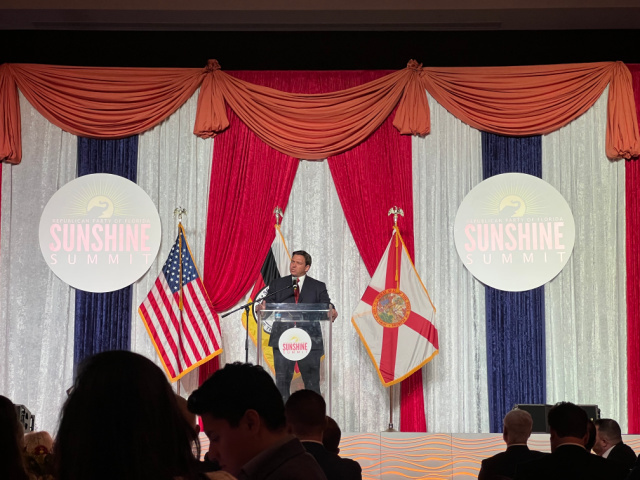 “We’re just getting warmed up. I’ve only begun to fight,” he declared. “I’m standing my ground, walking the line all the way through the finish line, and I can tell you this. With your help and everybody behind us, there is no doubt in my mind that come November, we are going to keep the state of Florida free.”