The Florida Department of Business and Professional Regulation (DBPR) served a complaint Tuesday on a bar in Miami that offers drag shows to children, and which was recently featured in viral videos showing a topless drag queen attempting to entertain a young girl.

The R House bar, located in the Wynwood area of Miami, has 21 days to respond to the administrative complaint. If the bar is found to be in violation of local laws and codes, it could then lose its liquor license, effectively putting it out of business.

Video posted earlier this month by the “Libs of Tik Tok,” a Twitter account that brings notoriety to far-left activists, showed a drag queen with exposed breasts and a thong stuffed with money leading a little girl by the hand around a bar during a show. 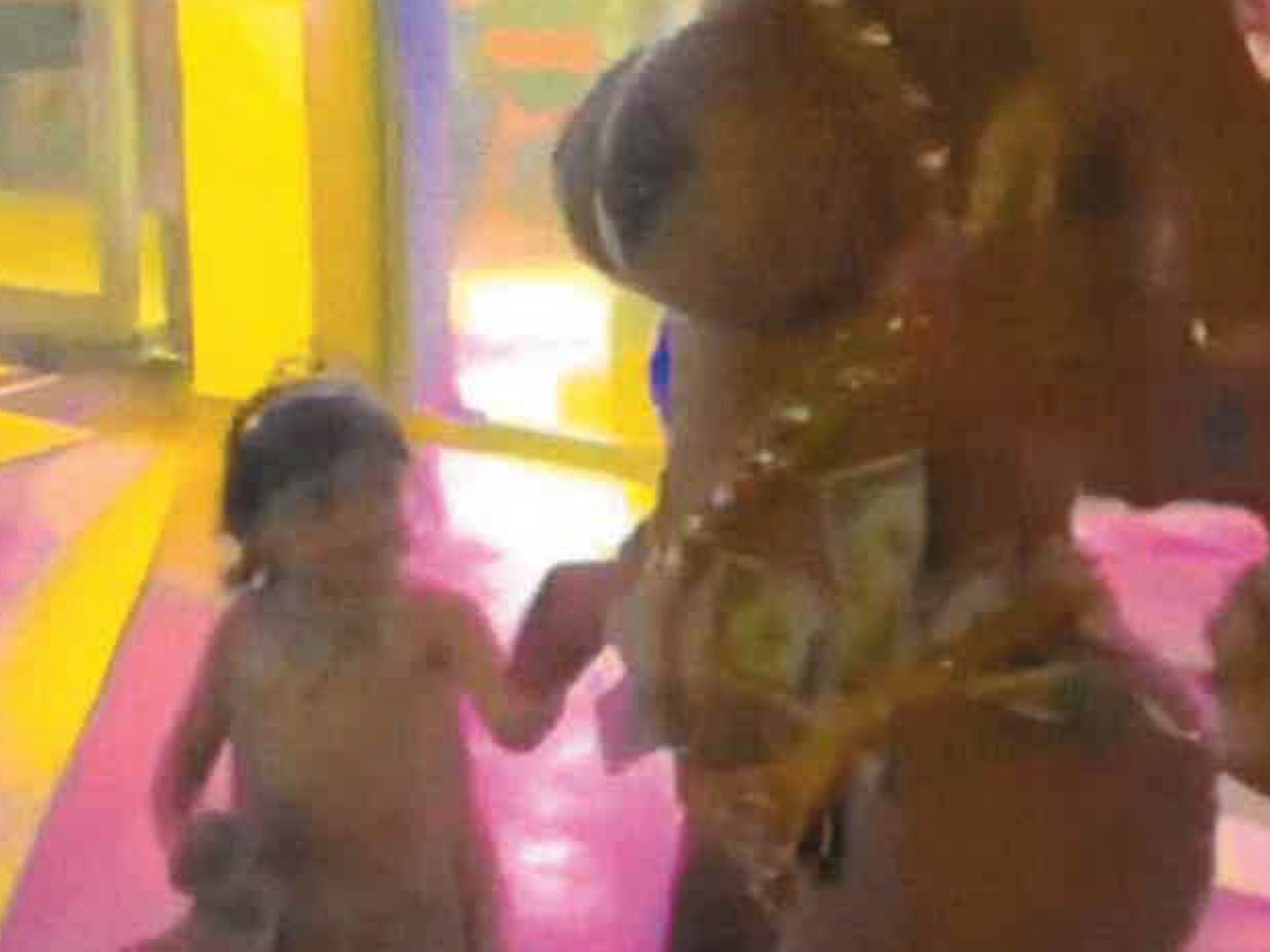 The DBPR complaint identifies the girl as appearing to be “between three and five years old,” according to the video.

As the UK Daily Mail reported:

That performer – who appears to be a transgender woman – proudly displays gigantic boobs, with her nipples covered with pasties while wearing lingerie stuffed with dollar bills.
She parades around the R House Wynwood in a TikTok video shared by a user called nononoie, who wrote: ‘Children belong at drag shows!!!! Children deserve to see fun & expression & freedom.’
It’s unclear when the clip was shot, who the performer is – and how nononoie is related to the girl being filmed.

A menu for the “R House Drag Brunch” includes a special “kids brunch” for children up to 12 years old, with a discounted meal price that includes “of course our fabulous show.”

The DBPR complaint cites several examples of lewd shows portrayed on social media, but also includes first-hand observations such as a performer in a suggestive outfit allegedly dancing “mere steps” from a child during a drag show. 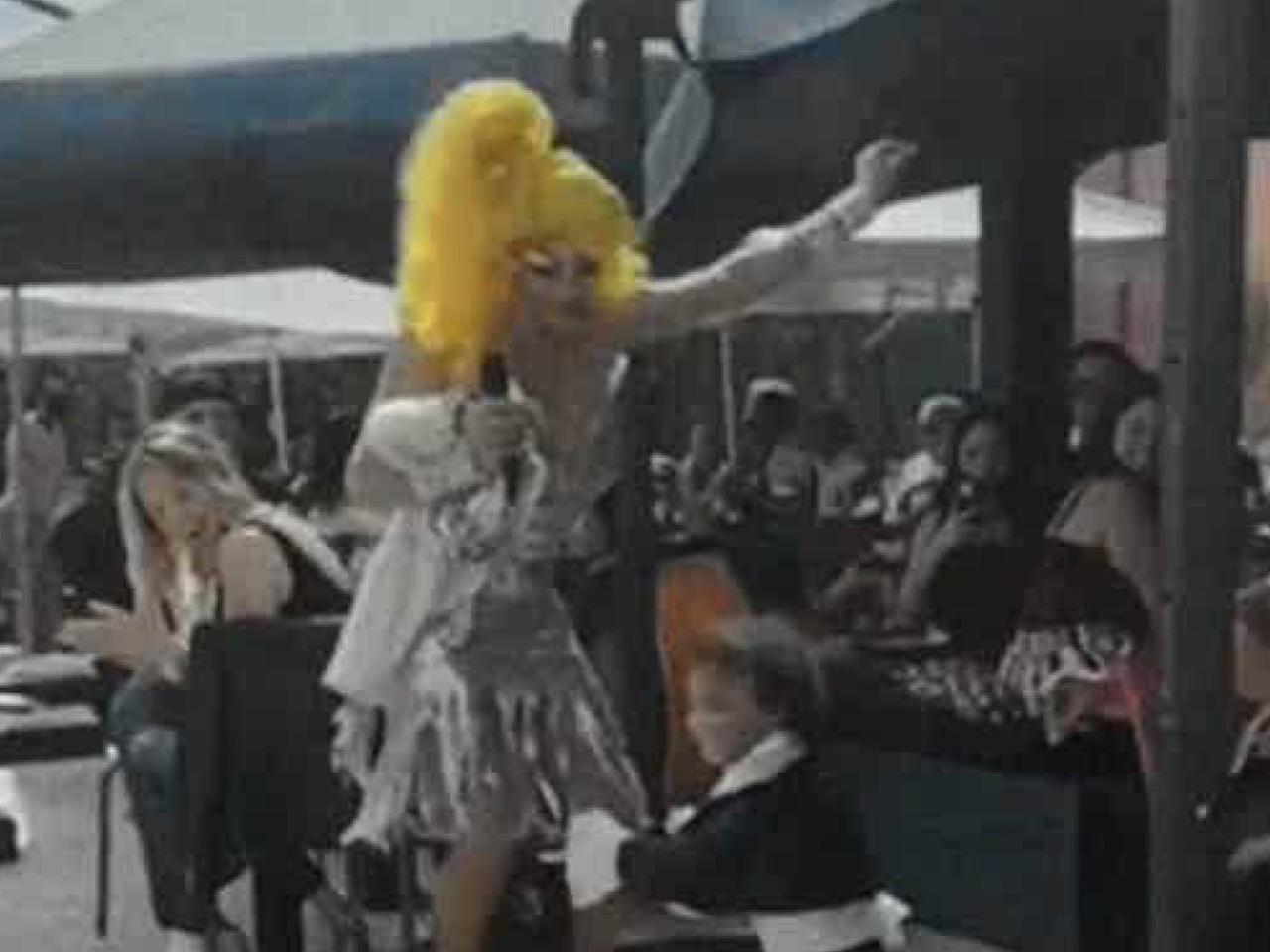 In another incident, the DBPR claims that a child “between the ages of ten and twelve” was “seen recoiling and turning away in her seat as a Brunch performer climbed on the back of the child’s bench, squatted, and gyrated a couple of feet above the child’s head.” 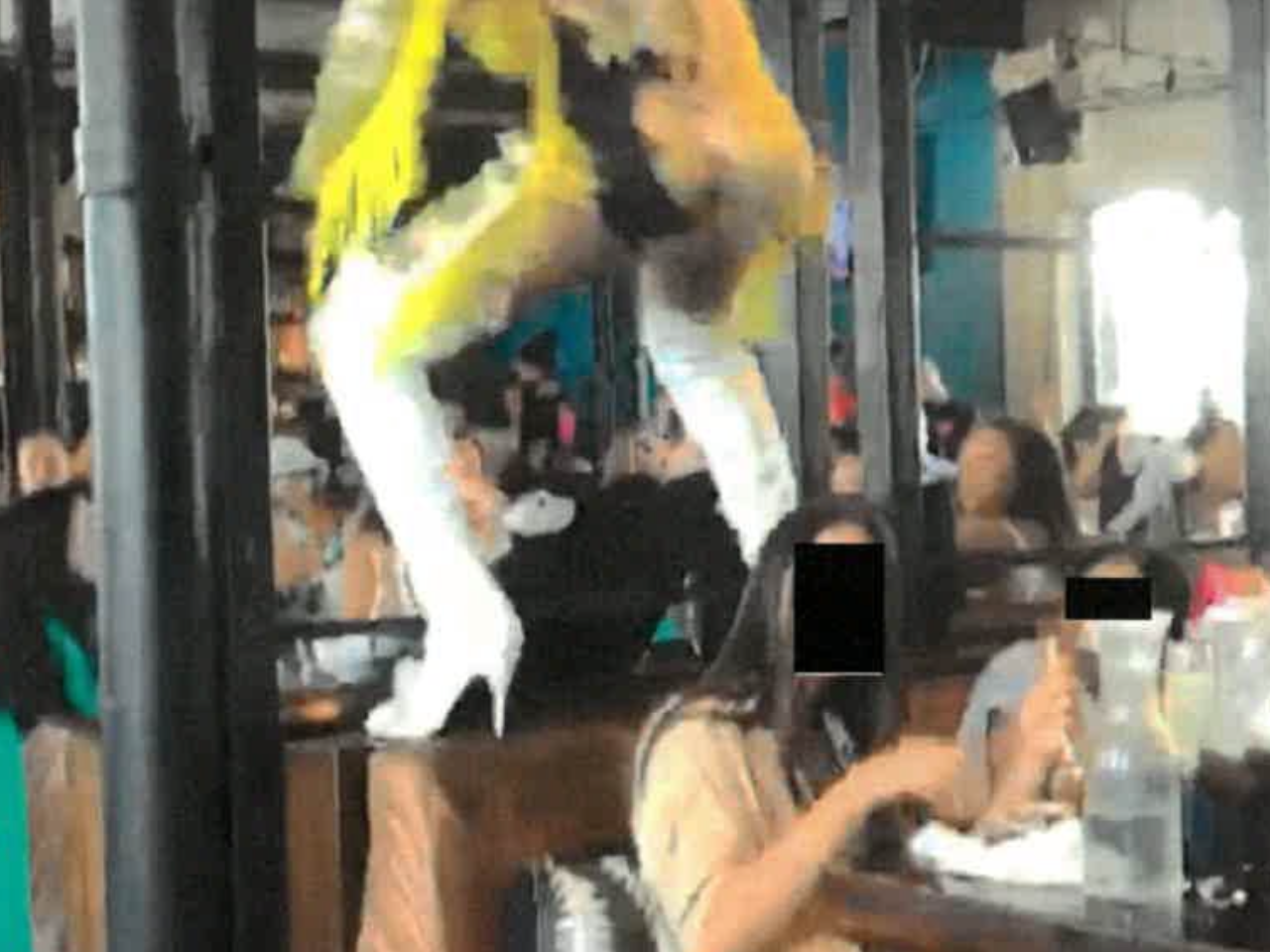 Florida’s state government, under Gov. Ron DeSantis (R), has expressed opposition to exposing young children to material about sexuality and gender. Earlier this year, DeSantis signed a bill, maligned by critics (including President Joe Biden’s White House) as the “don’t say gay” bill, to bar the teaching of material about sexuality and gender to children in K-3 grades.

Left-wing Salon.com recently published an op-ed titled: “Drag is not dangerous: How exposing your kids to drag performance can be a good thing.”

Drag is not dangerous: How exposing your kids to drag performance can be a good thing https://t.co/4TU0LWcfMy

In a similar vein, some libraries and schools have hosted “drag queen story hour,” featuring men dressed as women and reading to children.

The shows at R House Drag Brunch, at least as seen in the viral videos and described in the complaint, seem to go far beyond merely showing male performers dressed as women, and include sexually suggestive content as well.

The White House has pushed back against Gov. DeSantis’ efforts to limit children’s exposure to transgender material, saying that DeSantis is bullying transgender and LGBT children, though the White House has declined to explain how a “child” may have an adult sexuality or gender identity, and whether young children should be exposed to sexually suggestive material.