Sen. Rick Scott (R-FL) is urging House Speaker Nancy Pelosi (D-CA) to “absolutely” go to Taiwan as planned, despite opposition to the trip from the Biden administration.

“Absolutely,” Scott told Breitbart News. “I just went back. I just came back from Taiwan and as you know, when I was over there, Communist China ran sorties into Taiwan airspace.”

“China is just a belligerent country with some wonderful people, but horrible government. And so, we’ve gotta stand up for our great ally — not just Taiwan, but … when we do this, we’re supporting Japan. We’re sort of supporting South Korea and other allies in the Asias,” he said.

Last week, the Financial Times reported that Pelosi was looking to travel to Taiwan in August to make up for a trip planned in April that was postponed due to the speaker contracting coronavirus. 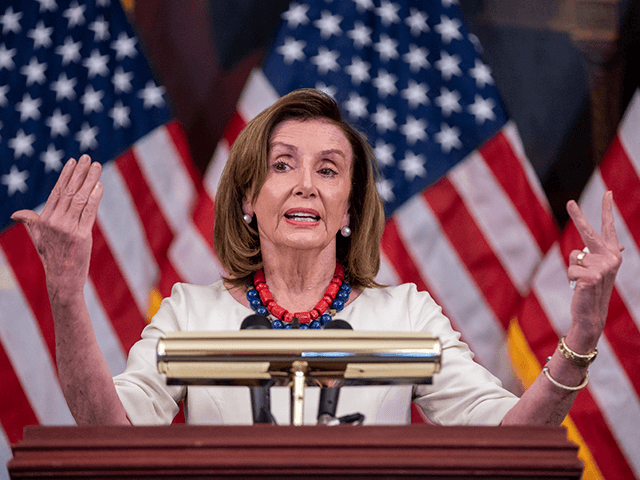 Speaker of the House Nancy Pelosi of Calif., speaks during her weekly press conference, Thursday, Jan. 20, 2022 at the Capitol in Washington. (Shawn Thew/Pool via AP)

When asked about the reported trip last Wednesday, President Joe Biden told reporters, “Well, I think that the military thinks it’s not a good idea right now. But I don’t know what the status of it is.”

Biden administration officials have told CNN that they are concerned that China could seek to declare a “no-fly zone” over Taiwan to disrupt the potential trip.

Scott told Breitbart News, “Unfortunately the Biden administration doesn’t know how to have backbones, but we’ve gotta stand up for our allies. So, it’s important that she goes and it’s important eventually that Biden gets a backbone.”