President Joe Biden’s communications staff members worry he could lose some of his political “momentum” in August while on vacation.

A memo made public from political advisor Jen O’Malley Dillon and senior advisor Anita Dunn to White House chief of staff Ron Klain warned the White House must redouble its efforts to prevent an August “slump” facing the president.

“For many administrations, August can be a momentum killer,” the memo warns. “For this team, August is going to be a momentum builder as we come out of last week…”

Biden’s staff is eager to spin the latest spurt of legislative action as a giant win for the president who continues to suffer the political effects of high inflation and gas prices.

The White House has enjoyed a week of positive news coverage from the establishment media after passing Democrats’ more than $430 billion tax hike, health, and green energy spending bill through Congress. 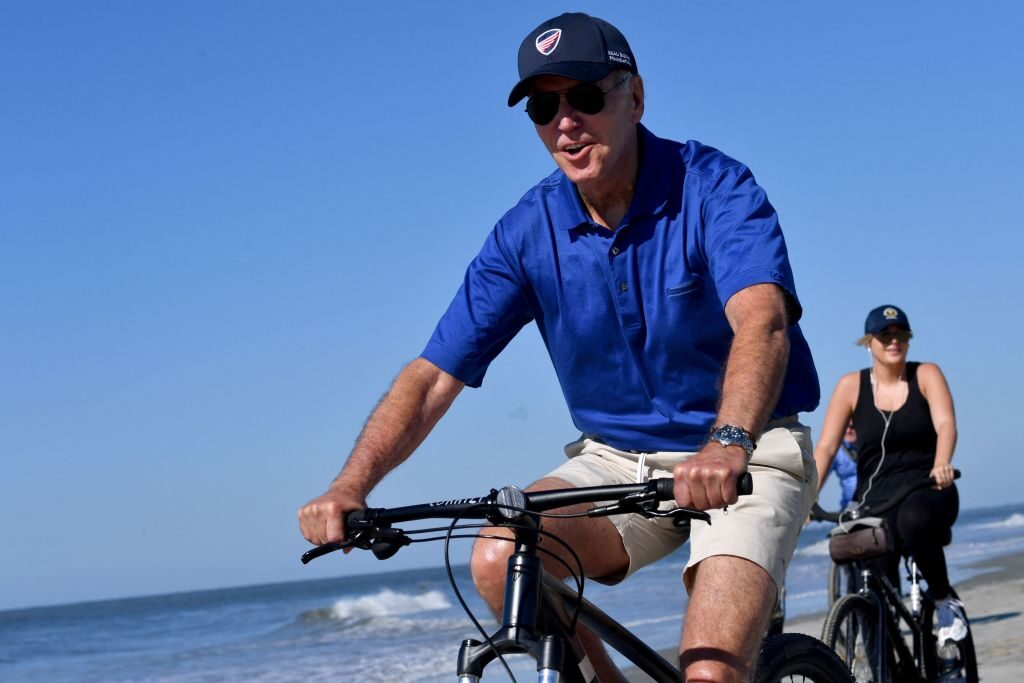 U.S. President Joe Biden rides his bicycle along the beach while on vacation in Kiawah Island, South Carolina, on August 14, 2022. (NICHOLAS KAMM/AFP via Getty Images)

Dubbed the “Inflation Reduction Act” by Democrats, Biden will host a grand White House signing ceremony of the bill in September, according to the White House, claiming it will help families struggling with higher costs.

President Biden remains on vacation this week at Kiawah Island in South Carolina.

The memo also boasts of a “Building a Better America” tour where the White House plans to send out the president and Vice President Kamala Harris as well as Democrat members of Congress, cabinet members, governors, and mayors to promote Biden’s legislative successes across the country.

The White House also expressed their eagerness to promote Republicans as out of touch with their “extreme MAGA agenda” that sides with “special interests” over the American people.

Biden also plans to promote a “Safer America Plan” to “fight crime” as many of America’s major cities are struggling with record rates of violent crime.

Republicans, however, are spending the month of August criticizing Biden’s agenda, working toward a “red wave” of support in November.