Dozens of New York law makers are urging Visa and Mastercard to create a new firearms-specific category code which would in effect flag gun purchases in the state and around the country.

The Gothamist reports the law makers sent a letter to the credit card companies, in which they urge Visa and Mastercard to move guns out from under a broad category like sporting goods, placing them under one that refers specifically to guns or gun stores.

If credit cards had a code for purchases at gun stores, the same laws would let them flag if someone were spending large amounts of money at one dealer, or traveling to multiple gun retailers in a short amount of time. The legislators say that could ultimately help law enforcement to stop crimes like firearms trafficking, or even to prevent mass shootings.

Myrie said, “The rise in gun violence has had devastating consequences for New Yorkers, and we need every sector to step up and do their part. Credit card companies have the power to identify merchants and transactions, and report suspicious activity to law enforcement when it may preempt a mass shooting.

“We urge American Express and Mastercard to take a simple step today that may prevent massive bloodshed in the future.” 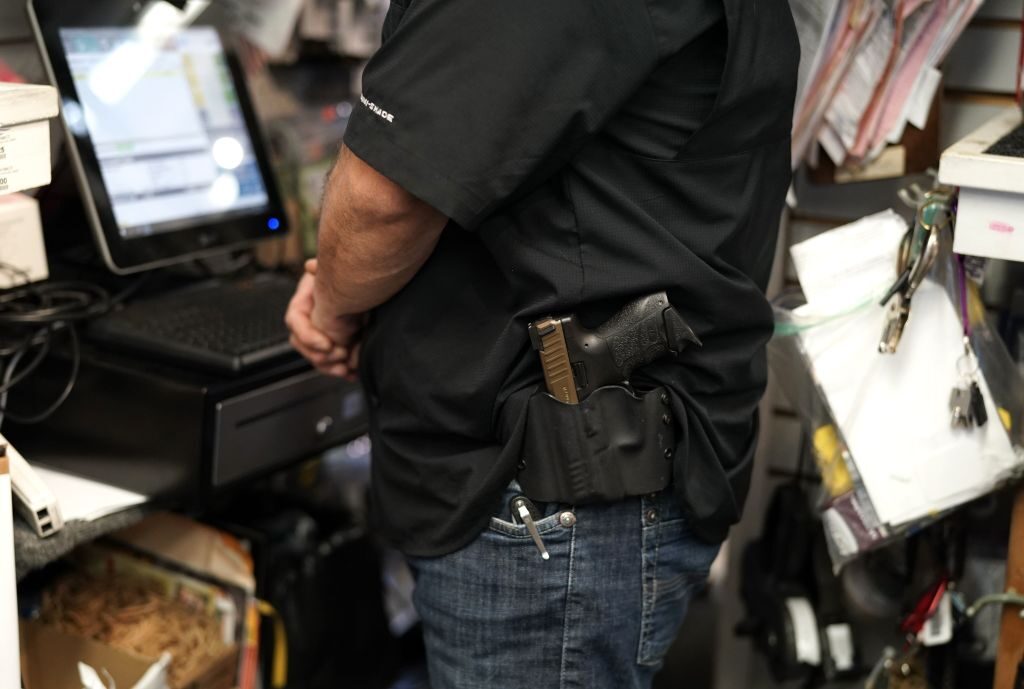 A salesman rings up a purchase at Coliseum Gun Traders Ltd. in Uniondale, New York on September 25, 2020. ( TIMOTHY A. CLARY/AFP via Getty)

There was a similar campaign directed at credit card companies following the criminal use of a firearm in the February 14, 2018, Parkland high school shooting.

The shooters in at least 5 mass shootings have stockpiled guns & ammo using credit cards and killed 145 people.@Visa, @Mastercard, @americanexpress have the power to flag suspicious purchases and save lives. Call on them to act. https://t.co/7FpUwLOCgV

On March 9, 2018, Breitbart News reported that Visa refused to succumb to the pressure, noting that it is not the credit card company’s job to “[set] restrictions on the sale of lawful goods and services.”