The State funeral for Queen Elizabeth II on Monday is expected to be the most watched event in television history. Industry experts are already predicting upwards of four billion people across the world will watch as the Second Elizabethan Age draws to a fitting close.

The viewing figures – if achieved – would represent more than half the world’s population, eclipsing the estimated audience of 3.5 billion that watched Muhammad Ali open the Atlanta Olympics in 1996.

It would also more than double the estimated global viewers for both Live 8 in 2005 (two billion) and Live Aid in 1985 (1.9 billion), as well as quadrupling the billion people that tuned in to see the then-Prince Charles marry Diana in 1981, the Daily Mirror reports.

The solemn event will be the fifth state funeral to be held in the United Kingdom in the last 100 years but the first to be seen in every corner of the globe.

The late monarch will be laid to rest on Monday, September 19, at Westminster Abbey, London, 10 days after her death on Thursday, September 9.

Such is the love and admiration for Queen Elizabeth II around the world that her funeral is destined to be the biggest live TV event in history.

Generations of people across the globe won’t have been alive the last time pomp and pageantry were seen on this scale. […] No fewer than 4.1billion people are expected to tune in on Monday to witness this historic moment as half the people on planet Earth pause to pay their respects.

There will be a national bank holiday to allow as many people as possible to watch the Queen’s funeral and honour her record-breaking 70-year reign.

On Monday morning, the coffin will be taken in a grand military procession from the Palace of Westminster through the capital to Westminster Abbey for the state funeral, as Breitbart London reported.

That very public passage follows a precedent set for the State funeral of former Prime Minister Winston Churchill when he was laid to rest in 1965. 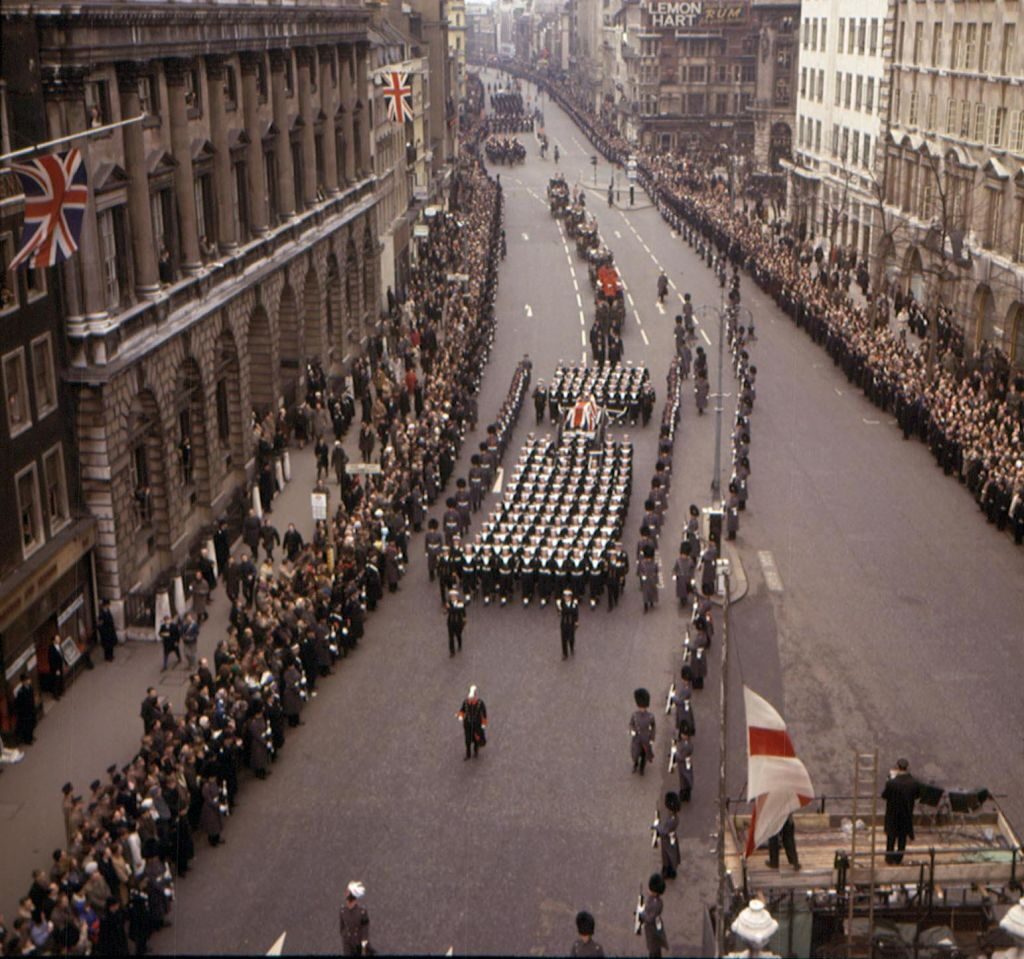 File/The State funeral procession of Sir Winston Churchill in 1965, a ceremony which is usually for sovereigns alone. (Photo by PA Images via Getty Images) 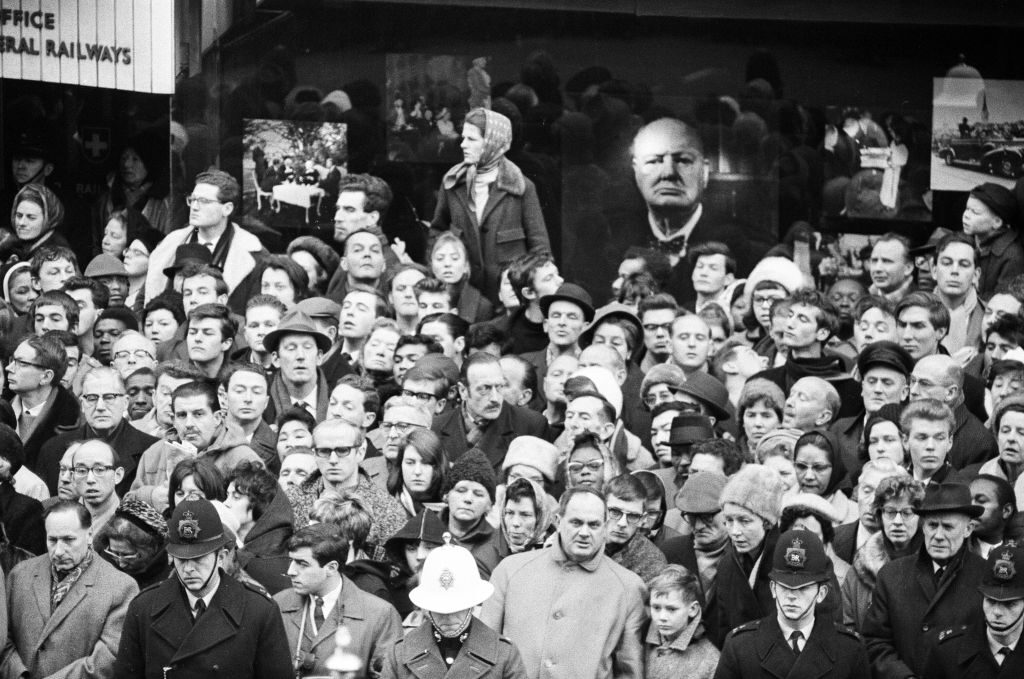 File/The funeral of Sir Winston Churchill. The sad faces of the crowd as the funeral passes – the face of Churchill seems among them. This was a portrait in the Swiss Tourist Office in the window at Charing Cross opposite the Lyons Corner House, 30th January 1965. (Cyril Maitland/Mirrorpix/Getty Images)

Senior members of the family are expected to follow – just as they did for the funeral of Diana, Princess of Wales and the Duke of Edinburgh.

After the service, the coffin will be taken in procession from Westminster Abbey to Wellington Arch.

Once there, the hearse and procession will continue about 23 miles west of London to St George’s Chapel at Windsor Castle via the Long Walk, after which a televised committal service will take place.

The Queen finally will be privately buried alongside her husband and Royal predecessors at the ancient site.

Exclusive Video: Queen Represented ‘All That Is Good About Britain’, Say Mourners at Buckingham Palacehttps://t.co/GpW7OillXE

St George’s Chapel was founded in 1475 and has since been at the centre of many Royal ceremonies.

It officially became the chosen burial place for the Royal Family in the 19th century, and is the final resting place for dozens of its members.