Sen. Mike Braun (R-IN), who has filed paperwork to run for governor of Indiana, has a massive lead over each candidate in a potential Indiana gubernatorial primary field, according to a new poll.

Braun, the first-term senator, confirmed the gubernatorial paperwork filing to Politico, but he told the outlet he would speak to them “down the road.” 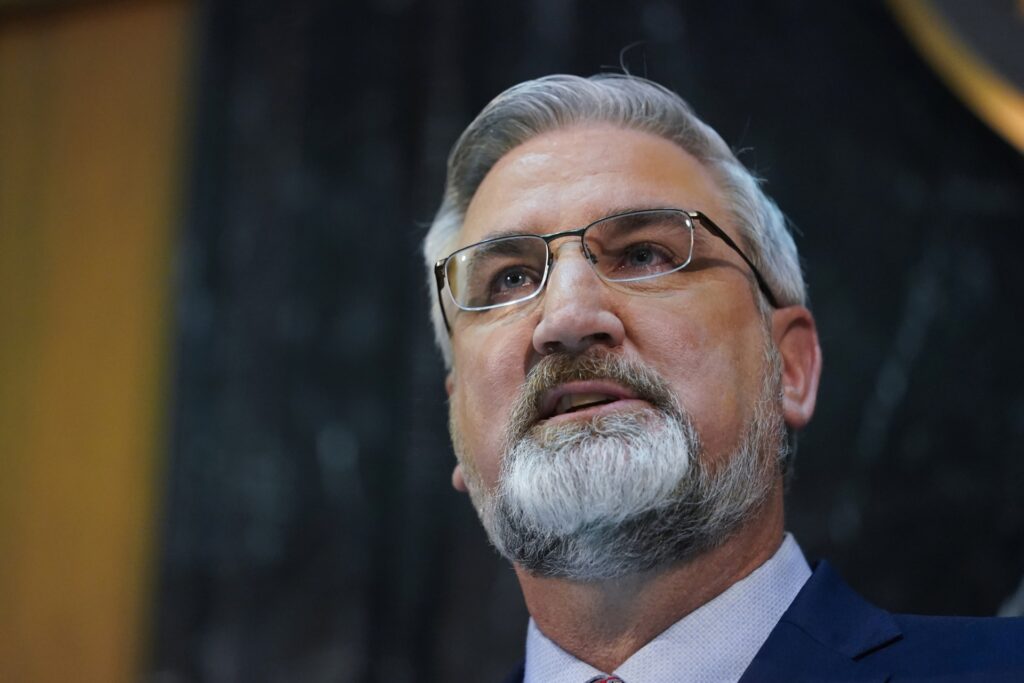 Indiana Gov. Eric Holcomb delivers his State of the State address to a joint session of the legislature at the Statehouse, Tuesday, Jan. 11, 2022, in Indianapolis. (AP Photo/Darron Cummings, File)

Although Doden has been in the race for months, Braun’s name ID gives the senator a much higher favorability rating than his potential opponents. More than 60 percent of Indiana Republicans have a favorable view of Braun, compared to 24 percent for Crouch and ten percent for Doden.

Despite Braun filing the paperwork to run for governor, he has yet to officially launch his campaign.

“Mike Braun has filed his paperwork to run for governor and will be making an official announcement of his candidacy very soon,” Braun’s chief of staff and senior political adviser Josh Kelley told Politico.

Indiana Rep. Jim Banks (R) recently spoke with Breitbart News about the possibility of running for Senate if Braun’s seat becomes vacant due to his gubernatorial candidacy. Banks told Breitbart News he is “going to spend the holidays through Christmas praying about a big decision for me and my family.”