“We live in the greatest country in the world,” said “Papa” Doug Manchester, chairman emeritus of Manchester Financial Group and President Donald Trump’s nominee for ambassador to the Bahamas.

Manchester praised American generosity in a Thursday interview on SiriusXM’s Breitbart News Daily with host Alex Marlow as part of a broader discussion about relief efforts for the Bahamas following Hurricane Dorian.

Manchester is matching donations up to $1 million for relief efforts in the Bahamas through his philanthropic organization, the Manchester Charitable Foundation.

“I just give thanks and praise to live in the greatest country in the world,” Manchester stated. “I’m also so very proud of the president and the administration for the response that they have shown so far — and will continue to show — [towards] helping our Bahamian brothers and sisters.”

The United States is “joined at the hip” with the Bahamas, Manchester said.

“First of all, they have a U.N. vote, they have an OAS vote, and it’s really our third border,” he explained. “We have a great relationship with them, but they’ve been devastated in Abaco and Grand Bahama.”

“I’m so very proud what we’ve done so far to come to Bahamas’ aid,” added Manchester.

On September 7, Manchester used his own personal aircraft to deliver 2,000 pounds of relief to the Bahamas, including “pallets of MREs and water along with a generator, 2 portable A/C units, tarps, lights, baby supplies, medical supplies and tools and gloves,” San Diego’s local NBC affiliate reported.

“It’s not just our charity. All of the various charities are out there helping, and they’re all doing a great job. We’re just one of many,” Manchester told Breitbart News. “Anything that can be done from a charitable section is going to be so very helpful in rebuilding the two devastated northernmost islands of a country that is closest to our shore.” 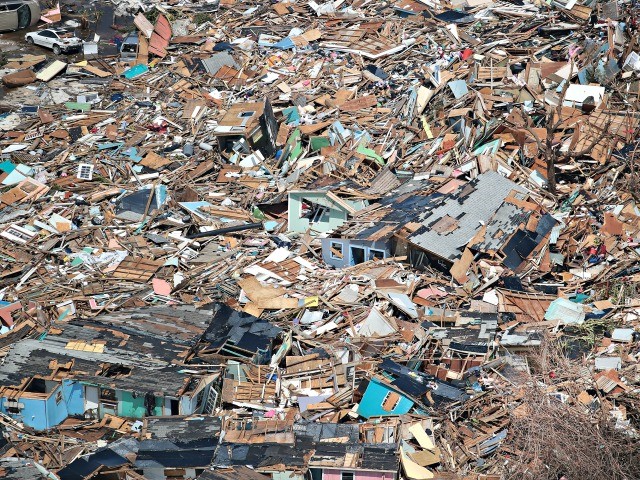 “People just cannot imagine the devastation that took place there in Abaco and also in Grand Bahama,” said Manchester. “Even the most well-built homes that are hurricane-proof” were destroyed by by 20-foot storm surges, he added.

“I visited a little boy that’s in an orphanage, and his mom and dad were washed out a couple of nights before,” Manchester recounted. “They’re doing everything they possibly can to build shelters and house people who have lost everything.” 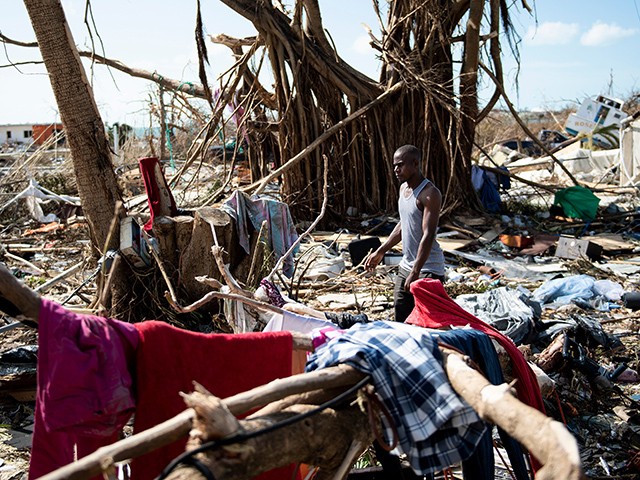 A man walks past damages caused by Hurricane Dorian on September 5, 2019, in Marsh Harbour, Great Abaco Island in the Bahamas. (Brendan Smialowski/AFP/Getty Images)

The citizens of the Bahamas are eager to begin the much needed reconstruction process, Manchester explained.

“The northernmost islands, Grand Bahama and Abaco, they’re in a situation where all these people would like to go back there and rebuild, because there’s a large unemployment factor in Bahamas, and especially in New Providence, and all you’re going to be doing is increasing that unemployment aspect by just simply sheltering them and giving them food and water,” Manchester said.

Manchester added, “I always say that when you hit rock bottom — which they have — use it as a foundation upon which to build, and I am confident they will do it, and with the help of our great country, and our administration, and our private sector, they will.”

“We still live in the greatest country in the world,” Manchester stated. “I feel so blessed and honored to be an American, and we can never lose the spirit in which this country was founded, and we will, in fact, help the Bahamas as we have helped other countries.”

“They have been our friends and will continue to be our friends because of the resilience of the Bahamian people and all of their background,” he said. “We just need to come to their aid.” 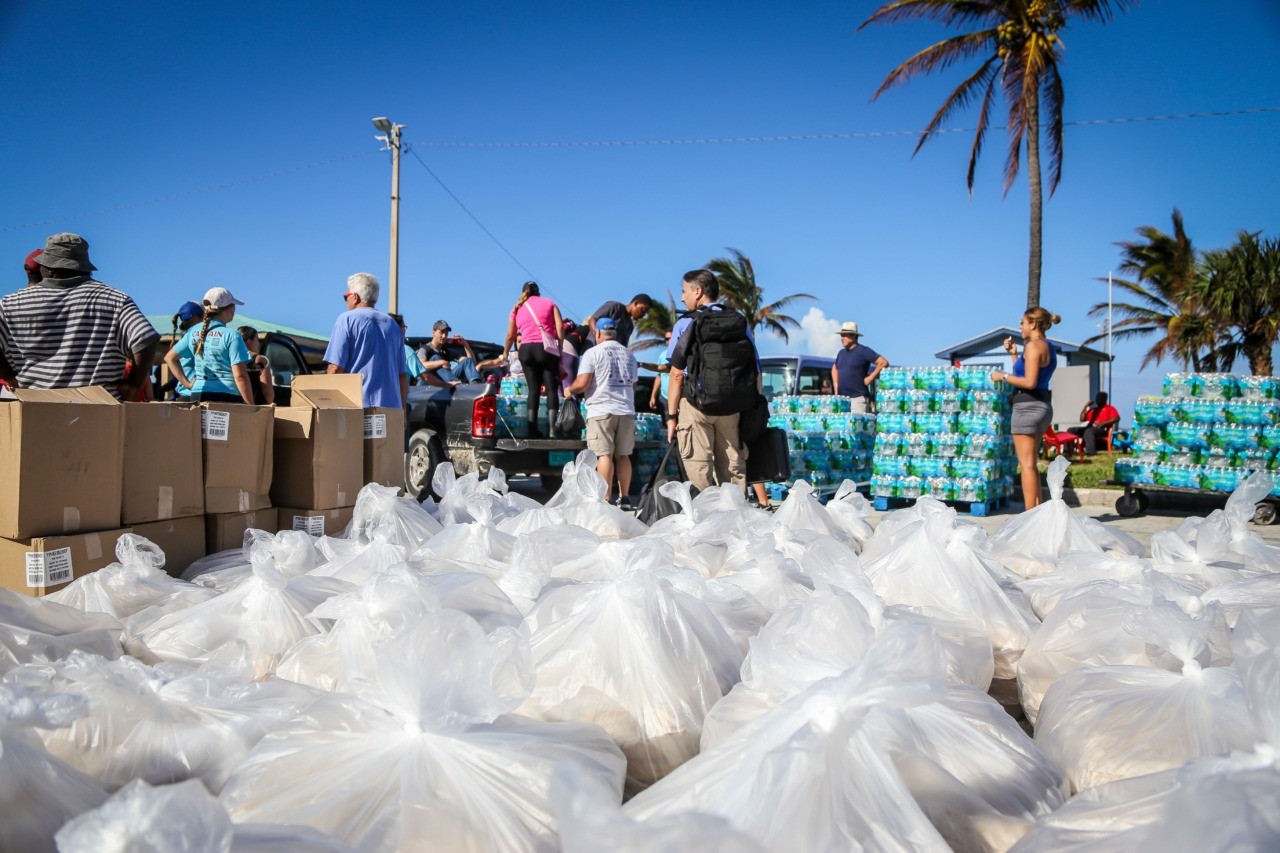 People from the Bahamas Relief Cruise stand next to some 20,000 meals prepared for Bahamians to be delivered to distribution centers and homes in the aftermath of Hurricane Dorian and Tropical Storm Humberto in Freeport, Grand Bahama, Bahamas, on September 17, 2019. (ZAK BENNETT/AFP/Getty Images)

American generosity is a source of national pride, Manchester explained.

“People are generous in this country. They will continue to support the rebuilding. I can’t urge you and your listeners enough to be proud of your country and what we’re doing for the Bahamas, but everybody has to take part in this rebuilding effort.”

“I hate to get into politics,” replied Manchester, “But it’s been obviously frustrating for all of the Trump nominees because of the hatred that takes place in this country towards Trump, but the Democrats have been blocking my final confirmation for the last two years.”

Manchester continued, “There are a lot of sacrifices that a lot of the nominees go through in this whole period and I’m hopeful that eventually our Republican majority will prevail, but we’ve been blocked every part of the way.”

“During this period of time, Raytheon Corporation, a defense contractor, was targeted by a Trump-hater who tried to bomb one of their major facilities here in San Diego,” Manchester said. “Our house was targeted by the same man. He’s incarcerated right now because we identified him. He tried to burn down our house and kill my wife and our children. The hatred in this country has got to stop.”

“We live in the greatest country in the world. I’m positive that we can, in fact, turn our entire country into the positive and start talking with each other and respecting each other’s views.”