In a grand finale to the “Twitter Funeral” at Florida State University, MILO put an axe through the roof of the coffin while reciting lines from Bret Easton Ellis’ “American Psycho”.

After thirty minutes of a speech explaining how Twitter dug its own grave, MILO withdrew a large lumberjack’s axe from the podium. He then donned safety goggles and smiled mischievously. 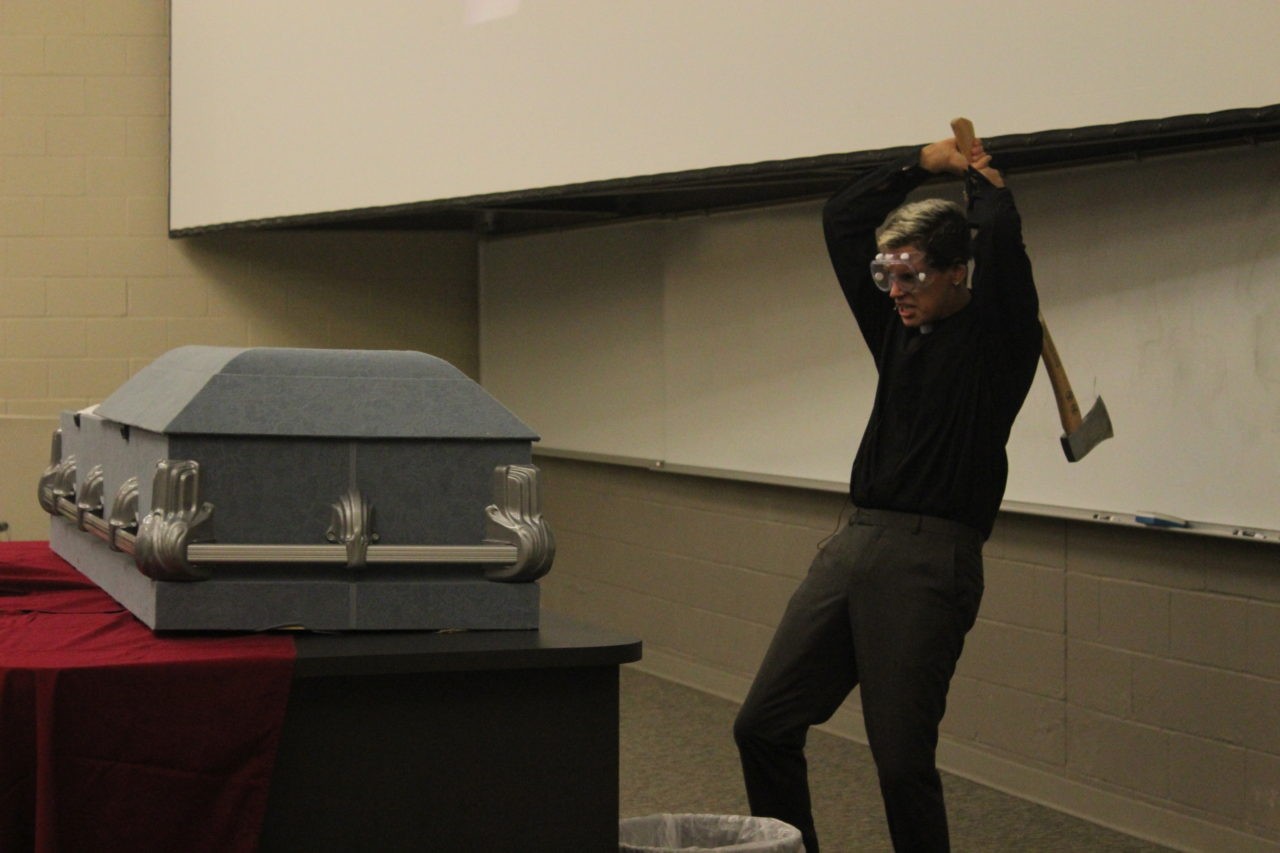 “RIP Twitter” Milo shouted, as he lifted the axe over his head. He then brought it down into the casket with force and poise, before hacking away at the casket manically. 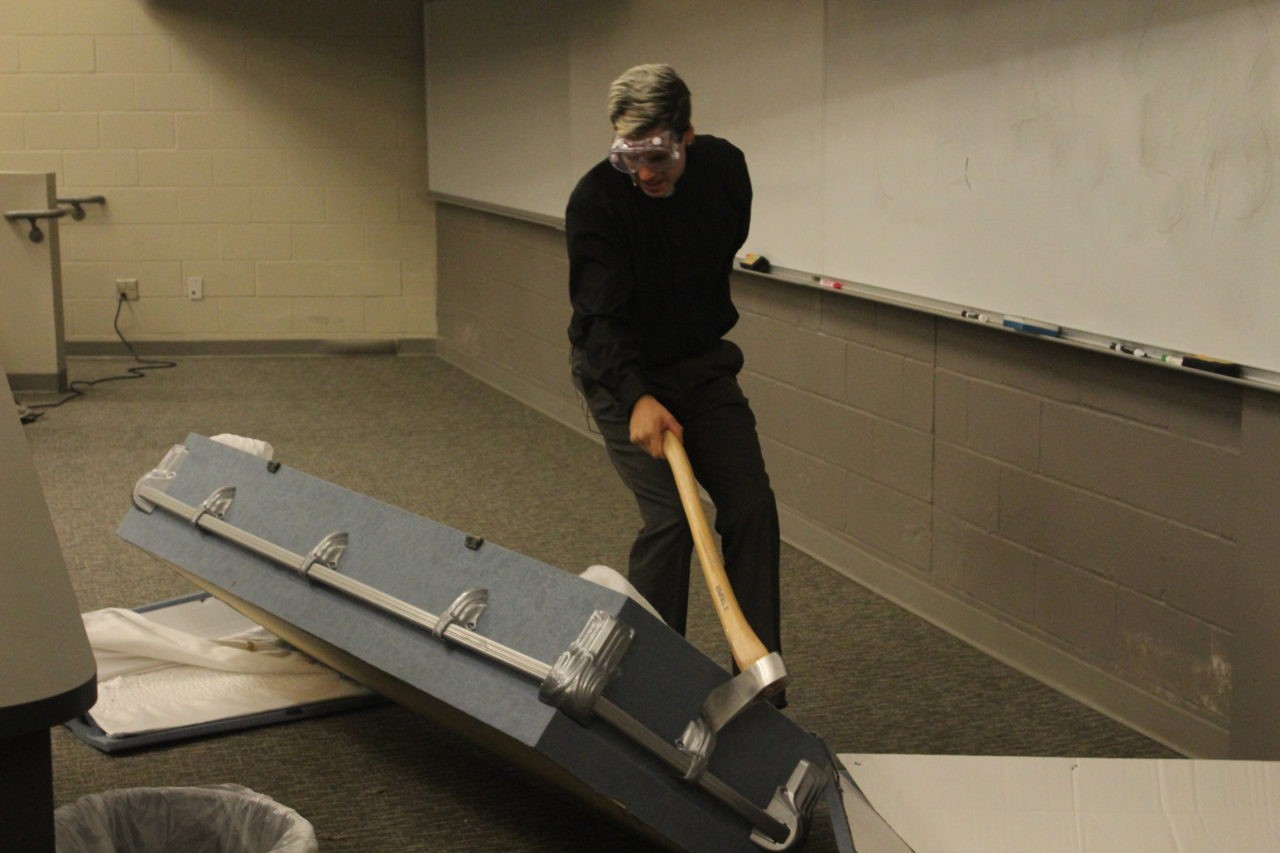 Milo continued to pound the coffin to cheers and laughter from the crowd. 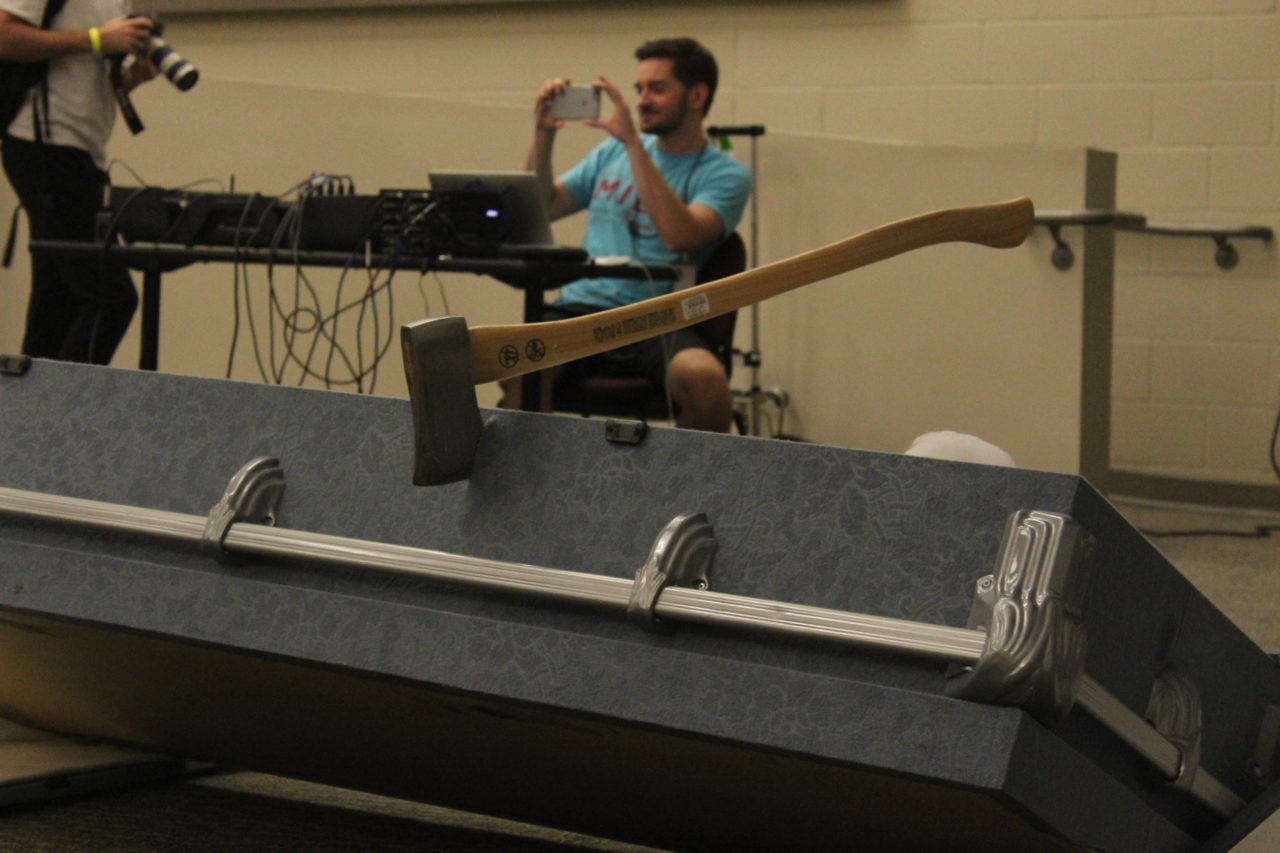 “Try getting a reservation at Dorsia now!,” he shrieked, a nod to Bret Easton Ellis’ “American Psycho,” which famously features the book’s protagonist murdering a colleague with an axe in revenge for perceived slights.

You can watch Milo’s entire appearance at Florida State University below.