TALLADEGA, Alabama — It has been a little more than a week since NASCAR instituted a ban on Confederate flags at its facilities.

That has led to at least one person publicly expressing their frustration before the now-postponed GEICO 500 at the Talladega Superspeedway.

High above the track an hour prior to the scheduled start of the race was a plane with the Confederate flag and an accompanying message, “Defund NASCAR.”

Last week, the series made the announcement after the sanctioning body’s top series only black driver, Bubba Wallace, voiced his support for a possible ban.

Reminders were posted around the track on Sunday that Confederate flags were no longer allowed on the premises. 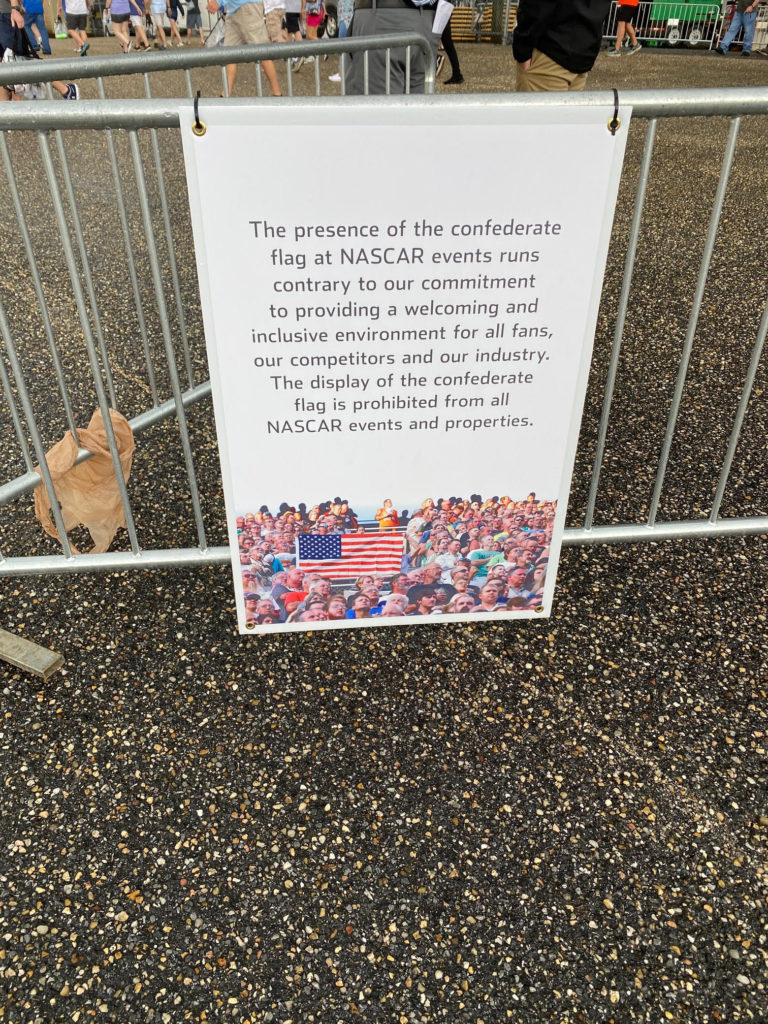 NASCAR placard regarding the Confederate flag at Talladega, 6/21/2020

The GEICO 500 race was postponed due to weather and is set to take place at 2 p.m. local time on Monday.