After scoring the penalty that took the U.S. into the semi-finals, Rapinoe lamented the “nothingness” of playing with only camera crews  and Yokohama’s 70,000 empty seats as a backdrop due to the restrictions imposed by the coronavirus pandemic. Reuters reports she said:

The atmosphere is absolutely nothing, especially in a huge stadium. I mean, I was kind of just like ‘end it’. I much prefer playing in front of 50,000. It is way more fun. The entertainment value decreases when it is just the camera people behind.

It is not as much fun, but it is what it is. We practice penalties just like that all the time, because we are doing them in training. So we have got used to an awkward, empty stadium, so maybe that gave us a little bit of an advantage.

Rapinoe spoke after the penalty shootout that decided the contest against the Netherlands, pausing to reflect on the “cruel” nature of ending the game that way.

“It’s such a cruel way to end a game,” Rapinoe said. “It sucks to miss one. It sucks to be on the losing end of that.” 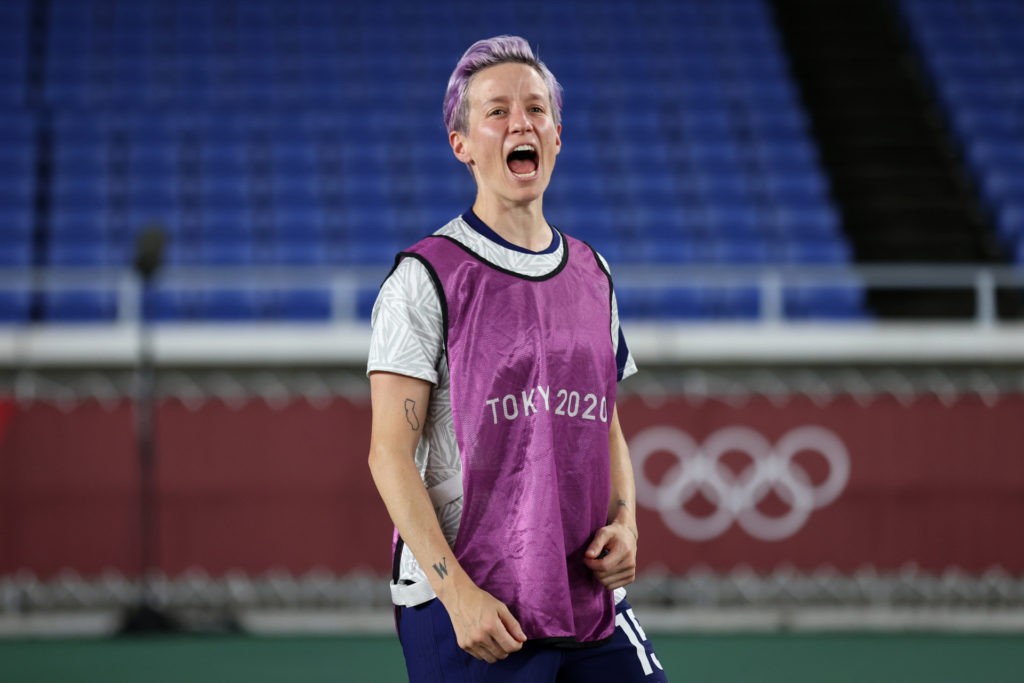 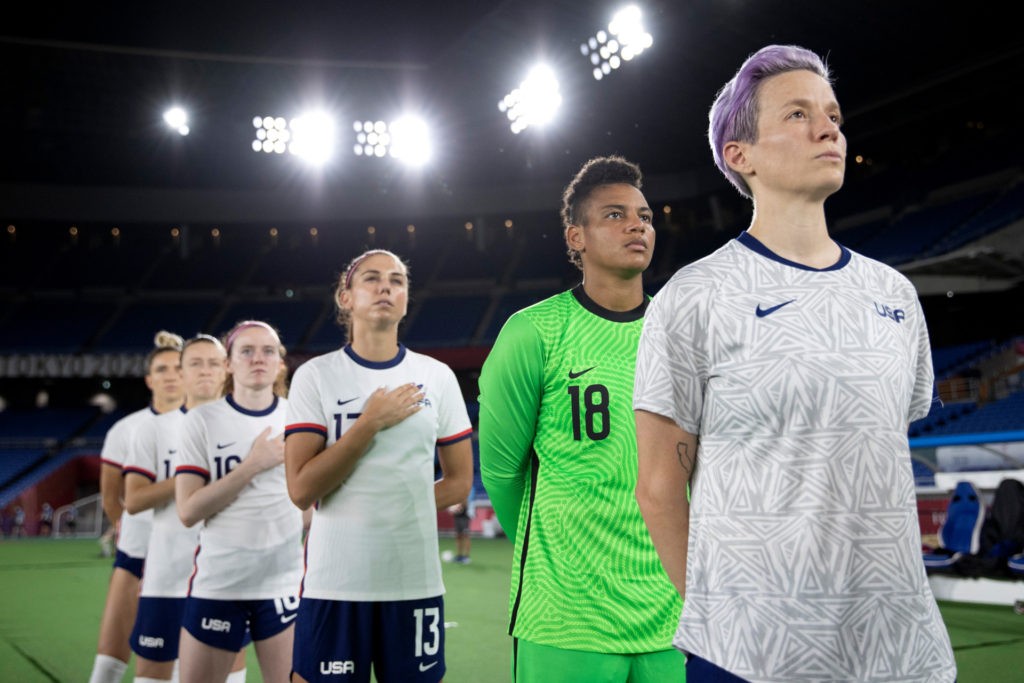 Adrianna Franch #18 and Megan Rapinoe #15 of Team United States stand for the national anthem prior to the Women’s Quarter Final match between Netherlands and United States on day seven of the Tokyo 2020 Olympic Games. (Laurence Griffiths/Getty Images)

Rapinoe converted the deciding penalty to seal the 4-2 shootout win against the Dutch and set up a semifinal meeting with Canada in Kashima on Monday.

“No way, give my secrets away?” Rapinoe joked when asked about her strategy, AP reports. “No, I just try to be calm. I always say to myself, ‘The worst that’s going to happen is you’re going to lose the whole thing.’”

Coolness when it mattered most from the star who started the game on the bench.

“I just tried to go out there,” she said, “do my routine and be confident.”