The NBA pitched its tent on Thursday night with a primetime doubleheader showcase on TNT and the sports world’s best studio show, but the association has now struck its tent and surrendered that real estate to the NFL.

According to a tweet from NBA reporter Marc Stein, the association has bowed to the ratings dominance of the NFL’s Thursday Night Football offering and, basically, run away.

Thursdays will look and feel different for NBA fans for the rest of the calendar year … with no Ernie, Shaq, Kenny and Charles on Thursday nights until 2022 to avoid trying to compete with the NFL's Thursday Night Football.

“I duly consulted TNT’s schedule and learned that they will be a Tuesday Nights Only operation for the rest of 2021,” Stein wrote.

“You read right. The network known for its Thursday night broadcasts and the best studio show in sports won’t have a basketball game on Thursdays again until January 2022.” 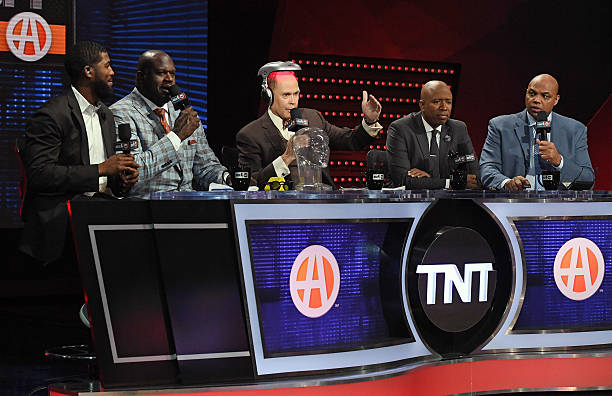 As Outkick’s Bobby Burack notes, this is quite a reversal for the NBA after ESPN personalities spent months talking the league up and even predicting it would one day surpass the NFL in popularity.

“There was a time when NBA PR reps disguised as sports pundits — people like Jalen Rose and Bomani Jones — said the NBA would soon surpass the NFL in national popularity,” Burack wrote. “That was two years ago. These schmucks were so wrong that the NBA is now breaking tradition because it is too cowardly to compete with the NFL.”

The NBA has seen a catastrophic drop in ratings that began with wholesale sellout to Communist China and Black Lives Matter. In addition, the league has also been marred by its #1 superstar, LeBron James, increasingly behaving more like a Democrat pundit in gym shorts than a professional athlete.

All of this has resulted in the NBA getting booted off its signature night and moved to Tuesdays where they will remain until (hopefully) college football decides to do a primetime feature on Tuesdays and chases the association off to some other night.