The Henry Repeating Arms Long Ranger .308 is a “Made in America” lever action rifle with a detachable magazine and superb accuracy.

The Long Ranger is designed to provide longer-shot capability for avid hunters and outdoorsman. The model we are shooting is chambered in .308 but the Long Ranger is also available in .223/5.56, .243, and 6.5 Creedmoor.

Moreover, the Long Ranger can either be purchased a “sighted” model or simply drilled and tapped for a scope. The Long Ranger we are shooting is “sighted,” which means it has a fixed front sight and an adjustable rear sight.

The “sighted” model is still drilled and tapped for a scope, and has a rear sight that folds down so it does not prevent the use of a scope.

The Long Ranger has a detachable magazine with four-round capacity. The magazine fits flush into the base of the rifle’s receiver, and functions flawlessly. 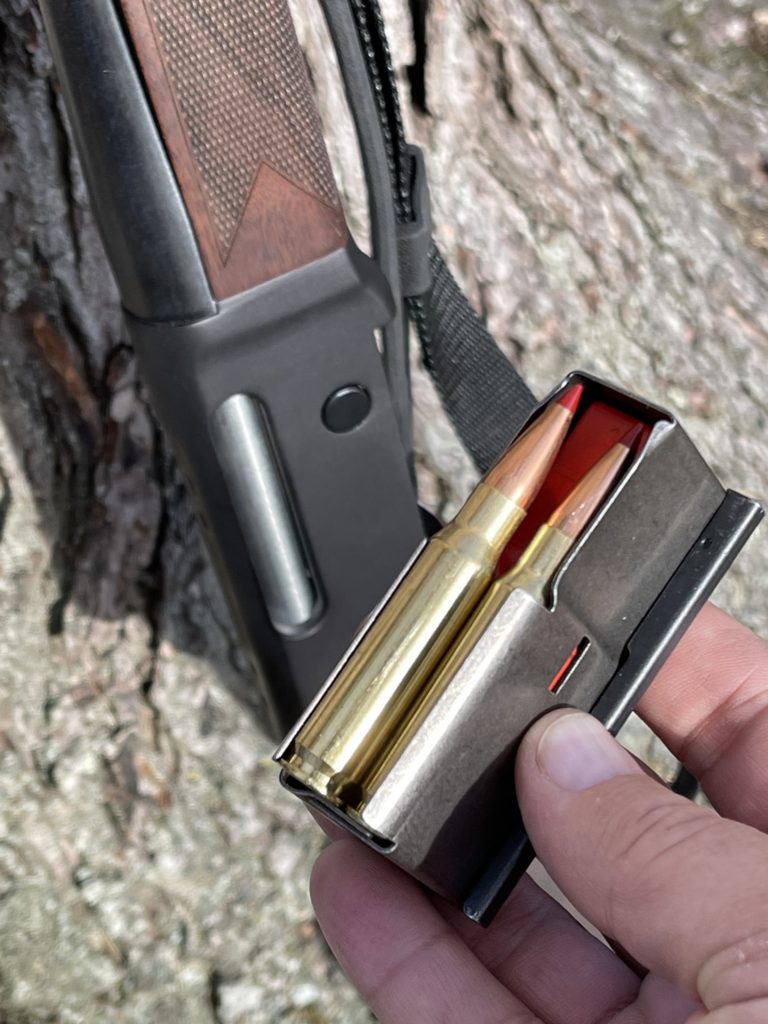 We did not mount a scope on our Long Ranger, choosing instead to shoot with the open sights. Ringing steel targets in the range of 120-180 yards has been a breeze.

The rear folding sight is adjustable for windage and elevation and after those adjustments are made, the rifle is a tack driver.