The committee organizing the upcoming Genocide Games in Beijing announced that tickets would not be sold to the general public due to the coronavirus.

“In terms of the grim and complex situation of epidemic prevention and control [and] in order to protect the health and safety of Olympic personnel and spectators, we have decided to change the original plan of public ticket sales,” the committee said via CNN.

However, the committee did say that small groups of spectators who “strictly comply with Covid-19 prevention and control requirements before, during and after watching the Games” will be invited to attend. 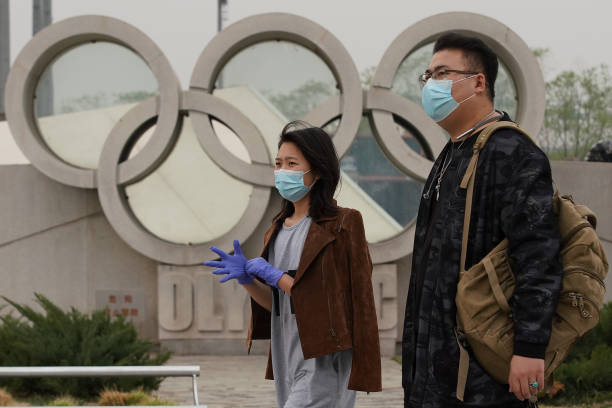 BEIJING, CHINA – MARCH 25: A couple wears a protective mask as they walks past the Olympics rings at the Olympic Park on March 25, 2020, in Beijing, China. (Photo by Lintao Zhang/Getty Images)

According to the IOC, these special invitees will exclusively be people who hail from the Chinese mainland and have complied with all “Covid-19 countermeasures.”

The new restrictions come days after the first confirmed case of the Omicron variant hit Beijing on January 15, CNN reports.

The Beijing Genocide Games committee has implemented a strict “loop system” to monitor the movement of all athlete participants at the Games, both at the events and their living spaces. 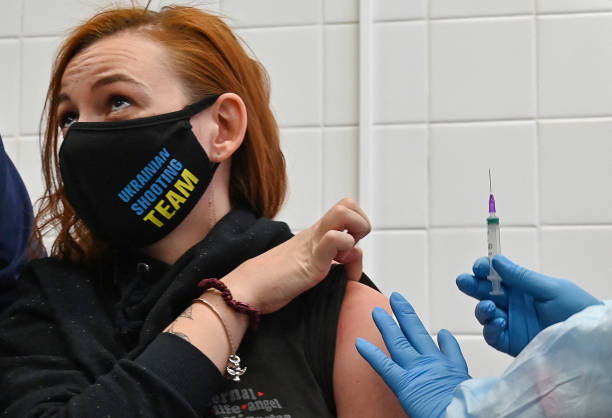 Anna Ilina, a member of the Ukrainian Olympic shooting team for the Tokyo 2020 Olympic Games, receives a dose of China’s CoronaVac vaccine against the coronavirus disease in Kiev on April 15, 2021. (Photo by Sergei SUPINSKY / AFP)

Unvaccinated athletes must quarantine for 21 days in China before the Games begin. In contrast, vaccinated participants can enter the country and event venues without quarantine. The U.S. and Canada have already mandated that all their athletes be vaccinated for the upcoming Games.

China consistently ranks among the top human rights abusers in the world and is known to use slave labor, primarily Uyghur Muslims, to manufacture goods and produce clothing for many high-profile businesses in the West. Still, despite that, Western nations have flaunted their values and allowed their athletes to participate in the Games while hiding behind fake “diplomatic boycotts.”

The Genocide Games in Beijing get underway on February 4.