San Francisco Giants manager Gabe Kapler announced he would skip the national anthem when played at the Giants’ stadium to protest gun violence after the Uvalde school shooting.

“I don’t plan on coming out for the anthem going forward until I feel like there’s— I feel better about the direction of our country,” Kapler told reporters on Friday. He noted that he didn’t “expect it to move the needle,” but it is something he felt “strongly” about.

“I don’t plan on coming out for the anthem going forward until I feel better about the direction of our country” – Gabe Kapler pic.twitter.com/J1MdlVL3XI

Although he walked out for the anthem ahead of Wednesday’s Giants game, Kapler published a 729-word blog post on Friday detailing how he wanted to “walk back inside” but instead “froze” and “felt like a coward.”

“I think the rest of what I wrote I think explains the rest of that. I was having a hard time articulating my thoughts the day of the shooting and the day we went out there on the line, and sometimes for me, it takes me a couple of days to put everything together,” he told reporters.

In his blog post, Kapler explained that he does not believe the United States’ elected officials are representative of the American population. 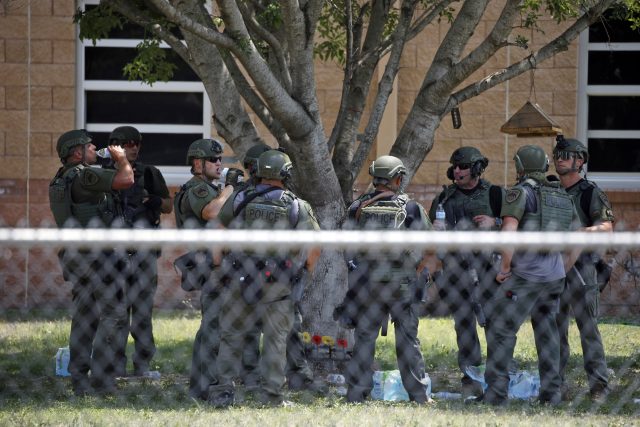 “When I was the same age as the children in Uvalde, my father taught me to stand for the pledge of allegiance when I believed my country was representing its people well or to protest and stay seated when it wasn’t,” Kapler wrote. “I don’t believe it is representing us well right now.”

Kapler also criticized police officers on the scene of the shooting who “had weapons and who receive nearly 40% of the city’s funding,” for reportedly failing to stop the gunman.

Every time I place my hand over my heart and remove my hat, I’m participating in a self congratulatory glorification of the ONLY country where these mass shootings take place. On Wednesday, I walked out onto the field, I listened to the announcement as we honored the victims in Uvalde. I bowed my head. I stood for the national anthem. Metallica riffed on City Connect guitars.

“My brain said drop to a knee; my body didn’t listen. I wanted to walk back inside; instead I froze. I felt like a coward,” Kapler added. “I didn’t want to call attention to myself. I didn’t want to take away from the victims or their families.”

“But I am not okay with the state of this country. I wish I hadn’t let my discomfort compromise my integrity,” he concluded. “I wish that I could have demonstrated what I learned from my dad, that when you’re dissatisfied with your country, you let it be known through protest.”

Kapler’s decision to skip the National Anthem comes after the New York Yankees and Tampa Bay Rays skipped coverage of a recent game on social media to post stats about gun violence within the United States.