Caravan Migrants at Border: ‘Let Us Cross,’ Trump ‘Treats Us Like Garbage’

Migrants with a caravan of between 7,000 to 10,000 Central Americans are frustrated with United States border enforcement, telling media crews that they are growing impatient as they wait in Mexico. 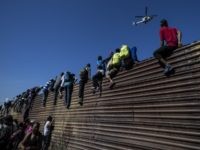 Hollywood stars Julianne Moore and Rosario Dawson teamed up to endorse Democrats in a midterm vote video taking the Trump administration to task over its immigration policy and claiming that President Donald Trump is violating “international law” by “imprisoning children.” 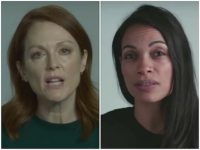 President Donald Trump rejected pressure from the 60 Minutes TV show and suggested he would renew policies which allow migrant job-seekers to be prosecuted, even if they bring a child to trigger the 2015 Flores catch-and-release loophole. 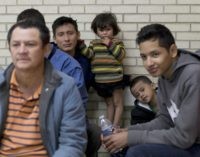 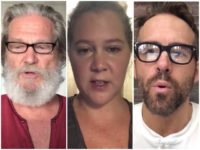 Sen. Kamala Harris (D-CA), a leading contender for the Democratic Party nomination for president in 2020, said Monday that Secretary of Homeland Security Kirstjen Nielsen should resign over the enforcement of immigration law at the border, which has resulted in some children being separated from their parents after crossing illegally. 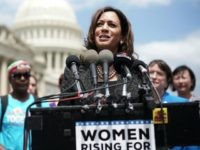