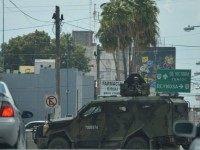 Mexican Agency: Army Must Release All Communications with US About 43 Missing Students

Mexico’s National Institute for Transparency, Access to Information and Protection of Personal Data (INAI) said on October 11 that the Defense Secretariat must find and release any communications with the U.S. government relating to the disappearance last year of 43 education students in southern Mexico. 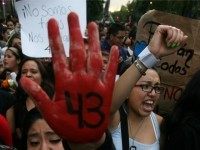 The United Nations Human Rights Commissioner recently wrapped up a visit to Mexico, describing his visit as “sobering.” Despite noting several legislative developments and reforms in the country, the Mexican people have painted a tragic picture filled with widespread corruption and insecurity. 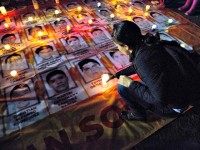 On October 8, Mexico’s Attorney General’s Office announced that the pilot who helped notorious drug lord Joaquin “El Chapo” Guzmán escape from a high-security prison had been captured. This was the first time any mention had been made of a pilot being involved in the plot, and authorities did not say if the arrest was bringing them any closer to discovering Guzmán’s whereabouts.

As Breitbart Texas has previously reported, Middle America is awash in deadly heroin coming from south of the border. The Mexican heroin is affecting middle- and upper-class families in unprecedented ways. In a special series for Peoria Public Radio, Camille Phillips takes a look at how this deadly drug has invaded St. Louis, Missouri. 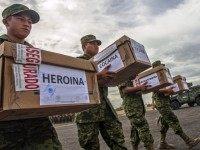 Make no mistake; the new thriller in theaters called Sicario is no documentary-style production of the drug war in Mexico. It’s a movie like any other, with its exaggerations and stylistic decisions. But what makes Sicario one of the better representations of the reality that is cartel violence on both sides of the border is that it’s accurate enough to be believable—even to those well-versed in the tiniest details of this endless war. 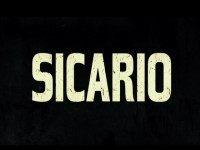 Are ‘Los Mayitos’ the Face of the Sinaloa Federation After El Chapo?

Since his highly publicized escape from a maximum-security Mexican prison in July, it has been assumed that notorious drug lord Joaquin “El Chapo” Guzmán Loera has once again taken the reigns of the powerful Sinaloa cartel. By his side for years has been Ismael “El Mayo” Zambada Garcia, who has so far escaped arrest. However, both drug lords are estimated to be in their early sixties, which means successors must be designated and groomed. The question is, will any of El Mayo’s four sons—known as “Los Mayitos”—fit this bill?

The synthetic drug known as methamphetamine (meth) as steadily increased in the U.S., although domestic production has dropped significantly since one of the key ingredients became highly restricted in 2004. As a result, Mexican meth traffickers have seized upon the market opening and are flooding the U.S. Midwest with Mexican meth. 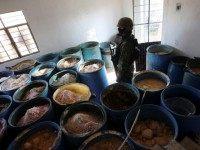 A New York Times article reveals that Mexico’s opium harvest is more profitable for Mexican children than a school education would be. America is only just starting to wake up to the scourge of heroin abuse among Midwest middle class youth. The spread of black tar heroin and its rising popularity among a demographic that prefers the heroin high—and lower price tag—to Oxycontin pills is truly horrifying. 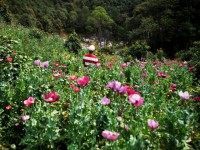 Cartel Violence Spirals Out of Control in Acapulco Turf War

The coastal resort city of Acapulco has always been known for its beautiful beaches and sparkling waters. But in the last decade it has become a regional epicenter of drug war violence that Mexican authorities have been largely powerless to stop. The most recent wave of killings and kidnappings comes as a result of a turf war between multiple drug organizations that want control of the lucrative port city. 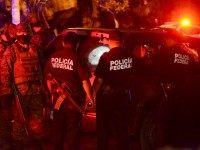 A activist executed in Mexico led the search for ten months for the 43 missing students in Mexico. Their disappearance and presumed murder has been linked to drug gangs and corrupt government officials. Hundreds, if not thousands, of people have dedicated themselves to finding evidence of what happened to these students.

Two weeks have passed since the scandalous escape of Mexican drug lord Joaquin “El Chapo” Guzmán from a maximum-security prison, and speculation is running rampant. There are still no solid clues as to where the kingpin may be holed up. In the meantime, fingers are being pointed across our southwest border and serious questions are being raised about Mexico’s ability to control its drug war at any level.

Multinational Corporations in Mexico Shutting Down Due to Drug War Violence

There aren’t many smiles to go with a Coke in state of Guerrero, Mexico, these days. FEMSA, the largest franchise Coca-Cola bottling company the world, shut down its distribution centers in Iguala—site of the kidnapping and likely massacre of 43 students nine months ago—and Arcelia while maintaining facilities in other parts of the state.

Armored Blackhawk helicopters have arrived at the Texas border with Mexico in response to the recent attack on a U.S. helicopter from Mexican soil. As Breitbart Texas first reported, a Customs and Border Protection (CBP) helicopter was participating in stopping a well-organized drug trafficking effort that involved individuals on both sides of the U.S.-Mexico border. Shots were fired from the Mexican side on the CBP helicopter and it was forced down after sustaining damage.

In a span of just two days, U.S. Immigration and Customs Enforcement (ICE) agents have discovered two drug tunnels—one complete and the other in progress—spanning the California-Mexico border.

As Mexico continues to spiral into chaos with their out of control cartel violence, the U.S. government continues to fuel the drug war by providing weapons, helicopters and hummers to what is considered by many to be one of the most corrupt countries in the world.