It was the culmination of a years-long vendetta in which the Breitbart Tech editor became public enemy number one for progressive activists, journalists, and Silicon Valley hand-wringers who pushed Twitter away from its foundational commitments to free speech, and towards a wacky, regressive-left agenda that has embraced the worst kind of man-hating third-wave feminism, petulant, self-destructive Black Lives Matter race hustling and grotesque double standards for conservatives and libertarians.

The story actually begins before Milo stormed onto the scene of conservative politics. It begins in the summer of 2013, when feminist politicians and activists in Britain raised an almighty firestorm over online abuse on the platform.

Taking advantage of the (by internet standards) light-touch trolling of Labour MP Stella Creasy and and professional grievance-monger Caroline Criado-Perez, the media and political establishment seized on the campaign against online abuse as the most fashionable way to signal your virtue. Left-wing celebrities threatened to boycott Twitter. Concerned mothers appeared in BBC documentaries. Even the Prime Minister got involved.

Politicians in the U.S., with the exception of Congresswoman Katherine Clark, were less interested in the petty world of social media politics. However, for progressive activists and journalists, who saw social media as their territory (and theirs alone), taming the web’s Wild West became priority number one. 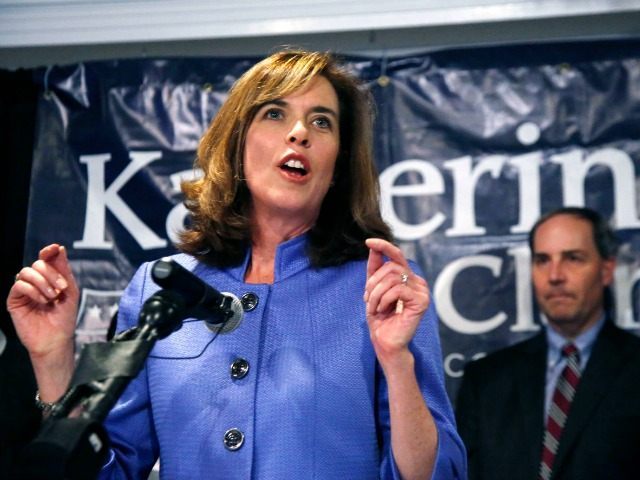 Alongside them were the social justice warriors — young, web-savvy cybersoldiers of the left, notorious for hair-trigger response to disagreement and gleeful censorship in online fiefdoms like Reddit’s “ShitRedditSays” forum. This group, a young cohort that has significant overlap with the campus radicals responsible for “safe spaces” and “trigger warnings,” also claimed they wanted to rid the web of “harassment.”

Except they weren’t really taming trolls and abusers. They said they were, but, especially for the SJWs, the real targets were people who disagreed with and “offended” them. We shouldn’t see this as deliberate deception, of course — as the rise of safe spaces on campus shows, modern progressives are increasingly unable to distinguish between disagreement and abuse, or between mockery and harassment. Groups like “Women Action And Media” earnestly presented their goals in politically neutral (albeit not gender-neutral) terms. They just wanted to protect women on the web from trolls and abusers, not from disagreement!

But their actions told a very different story.

From the beginning, it was clear that the strict standards that so called “anti-harassment” activists applied to others would not apply to themselves. There was no better example of this than Randi Harper, a self-styled “anti-abuse activist” who even set up a charity to combat social media harassment. Yet she herself was a serial online abuser. On Twitter alone, she doxed a debt collector, abused a woman to tears, and repeatedly directed harassment mobs against her opponents. She has yet to suffer any repercussions from Jack Dorsey’s company.

Indeed, Jack Dorsey even tweeted her and promised to share one of her articles with the team at Twitter.

@randileeharper thank you for this! Read it, passed on to team, and we're on it and want to fix!

Harper is one of the most persistent bullies on twitter’s platform, yet far from being censored she has been rewarded by twitter with a public acknowledgement from the CEO. Nothing Twitter’s CEO does lacks political significance, from his responses to Leslie Jones and Harper to his more recent, increasingly outspoken political positions. This is not someone with any interest in projecting an image of fairness or impartiality.

It’s a pattern of bias that is still reflected in Twitter’s actions. In the wake of the Dallas and Baton Rouge shootings, Black Lives Matter activists were allowed to repeatedly call for more violence against the police, a direct violation of Twitter’s terms. Death threats against Republican senators remained on the platform for weeks without removal. A celebrity with over one million followers was allowed to repeatedly call a black Breitbart journalist (who, incidentally, is a critic of Black Lives Matter) a “coon.” Twitter punishes critics of feminism faster than it punishes ISIS, which uses the platform to recruit impressionable young people to commit horrors in the Middle East.

With “anti-harassment” measures pushed exclusively by overtly political groups, to a company mired in the ultra-progressive culture of Silicon Valley, it’s little wonder that there’s no sign of consistent enforcement from Twitter. But it’s worth wondering if Twitter ever intended to enforce its rules consistently. Indeed, if you subject the idea of social media “anti-harassment” rules to the barest of analyses, the usual justifications for them completely fall apart, throwing yet more doubt on the motives of their loudest champions.

This is to say nothing of the constantly-shifting definitions of “racism” and “sexism” that the progressive left sets out, which seem to catch more and more perfectly innocent remarks, humour and critique every day — hence the invention of “microaggressions” and a new definition of racism, which has emerged from universities, that seeks to redefine racism as something that only white people can be guilty of.

There is no need for a uniform standard of civility or pleasantness on social media, nor universal anti-harassment rules to enforce it. The web offers virtually limitless opportunities for users to control the messages and information they receive. There are block buttons and filtering tools, “safe searches” and personalized feeds.

More than any other medium of communication, the web allows users to shape their own experience. There is no reason why users comfortable with the rough-and-tumble of an uncensored web can’t have it, while more delicate souls make liberal use of increasingly sophisticated filtering options. Viewed this way, the case for a uniform anti-harassment standard for social media becomes absurd.

The web allows users to shape and control their interactions with other people far more than the real world does. Perhaps that’s why snowflakes are so horrified when they encounter views that differ from their own. Thanks to the filter bubble effect, social media users are being shunted into ideological cubbyholes and surrounded only by people who agree with them. When they emerge from these virtual safe spaces, the results can be ugly.

Not that there is a uniform anti-harassment standard on social media, of course. Rather, there’s a very harsh standard for conservatives and none whatsoever for leftists and protected classes. Which of course makes perfect sense, given that it was leftists and protected classes, increasingly triggered by even the slightest contact with their opponents’ ideas, who championed anti-harassment rules in the first place.

These double standards are not the invention of social media companies; rather, they reflect the bizarre new definitions of racism and sexism emerging from moonbat university departments whose names end in “studies.”

Cyber-savvy conservatives, libertarians and moderates watched with concern as old havens of free speech like 4chan, Reddit and Twitter came under increasing pressure from activists intent on curtailing these formerly uninhibited environments. In 2013 and 2014, as the debate reached boiling point, the first of the cultural libertarian commentators — YouTubers like Sargon Of Akkad, MisterMetokur (formerly The Internet Aristocrat), ShoeOnHead, ThunderFoot and the Amazing Atheist, then defined by their opposition to the social justice warriors of the internet, began to attract large audiences. Opponents of politically-correct censorship from the 1990s like Christina Hoff Sommers also enjoyed career renaissances.

But the defenders of free speech on the web lacked an organizational infrastructure, and the kind of links to media and politics enjoyed by the left-wing radicals. They lacked a single banner to unite under. In September 2014, during an unlikely controversy over video games, they finally got it. 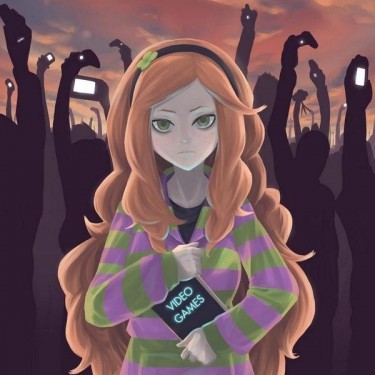 It was GamerGate, of course, when thousands of cyber-savvy gamers from 4chan, Reddit, and other former free speech hubs flooded onto Twitter, previously a stronghold of social justice warriors. Tired of being ignored as the internet — and video games — became a target for censorship, gamers took to a social media platform where, with enough numbers, having a voice in the mainstream media conversation was virtually guaranteed.

It wasn’t so surprising that video games became the banner under which free speech defenders initially gathered. Gaming is perhaps the defining hobby of the millennial generation, much like rock music was for the baby boomers, and like rock music, it has frequently been the target of censorship and moral panics.

Furthermore, online gamers in particular were, perhaps more than any other group on the web, comfortable with the kind of raucous social media commentary denounced by anti-harassment activists. Years before Twitter and Facebook, “trash talk” was a common and accepted part of online gaming. This — and the free, uncensored web — was what they had grown up with. Demonstrating extraordinary resilience, gamers kept up the fight against censorship for over a year.

The tech and gaming media, then virtually dominated by SJWs, was quick to brand gamers as bigots, misogynists, and every other smear in the leftist arsenal. When the initial barrage didn’t work, they upped the ante: terrorists, sociopaths, school shooters in waiting. The mainstream media picked up the narrative, and gamers soon learned a lesson that conservative activists will be familiar with — that no mainstream journalist would be fair to them, if they could get away with it.

The only journalist who didn’t let them get away with it was, of course, Milo Yiannopoulos. The founder of tech mag The Kernel, a former tech editor at The Daily Telegraph, and then an editor at Breitbart London, Milo had one foot in the world of tech and another in conservative media. This was the perfect position from which to hammer away at the daily hypocrisies of “anti-harassment” activists waging war against gamers, who had previously faced no serious scrutiny from an experienced journalist — much less the kind of hugely popular, attention-grabbing ripostes offered by Milo.

Milo quickly became the de facto leader of not just gamers, but everyone on social media who was fed up with censorship and double standards — conservatives, moderates, and cultural libertarians alike.

In doing so, he also became Public Enemy No 1 for the anti-harassment crusaders, who were terrified at the sudden emergence of an organized opposition on social media. With the launch of Breitbart Tech, featuring Milo as editor, their efforts to censor the web were now under the spotlight. As Breitbart’s – and Milo’s – online followings increased, the cultural libertarians increasingly gained the upper hand.

But it was too late for Twitter, who reinstalled their ardently progressive co-founder Jack Dorsey as CEO shortly before the launch of Breitbart Tech. Under Dorsey, Twitter gave the SJWs everything that they wanted — a uniform and overbearing anti-harassment policy, suspensions of prominent conservatives and Trump supporters, and eventually the suspension of Milo himself.

But it’s too late for Twitter in another sense: by embracing allegedly uniform harassment standards while maintaining their obvious progressive biases, at a time when conservatives are more alert than ever to Silicon Valley’s double standards, they now face the destruction of their reputation as a platform for free speech. Among cultural libertarians, their famous claim to be the “free speech wing of the free speech party” has become a running joke.

Consequently, Twitter is dying as a free speech platform. No one believes them any more when they claim to support free speech. Their executives won’t even confirm that they support it.

All this could have been avoided if Twitter had given users the ability to filter their own feeds and left it at that. Instead, they’ve adopted an archaic, top-down model of anti-harassment that is virtually impossible for a progressive company to enforce fairly.

With its stock price in terminal decline, Twitter may end its days loathed by both sides of the political divide: by progressives, for not censoring enough conservatives, and by conservatives, for censoring anyone at all. An ignominious end for the platform that was once the primary vehicle for dissidents and political rebels.