Musician and possible Michigan Senate candidate Kid Rock took to his website late Sunday night to tell his fans to ignore the “garbage the extreme left is trying to create.”

Rock, whose real name is Robert James Ritchie, directly addressed a number of accusations leveled against him in the lengthy post.

“They are trying to use the old confederate flag BS, etc. to stir the pot, when we all know none of this would be going on if I were not thinking of running for office. Pretty funny how scared I have them all and their only agenda is to try and label people / me racist who do not agree or cower to them!! No one had a word to say when we sold out the 6 shows at LCA back in January! My track record in Detroit and Michigan speaks for itself, and I would dare anyone talking trash to put theirs up against mine. I am also a homeowner and taxpayer in the city of Detroit, so suck on that too!” 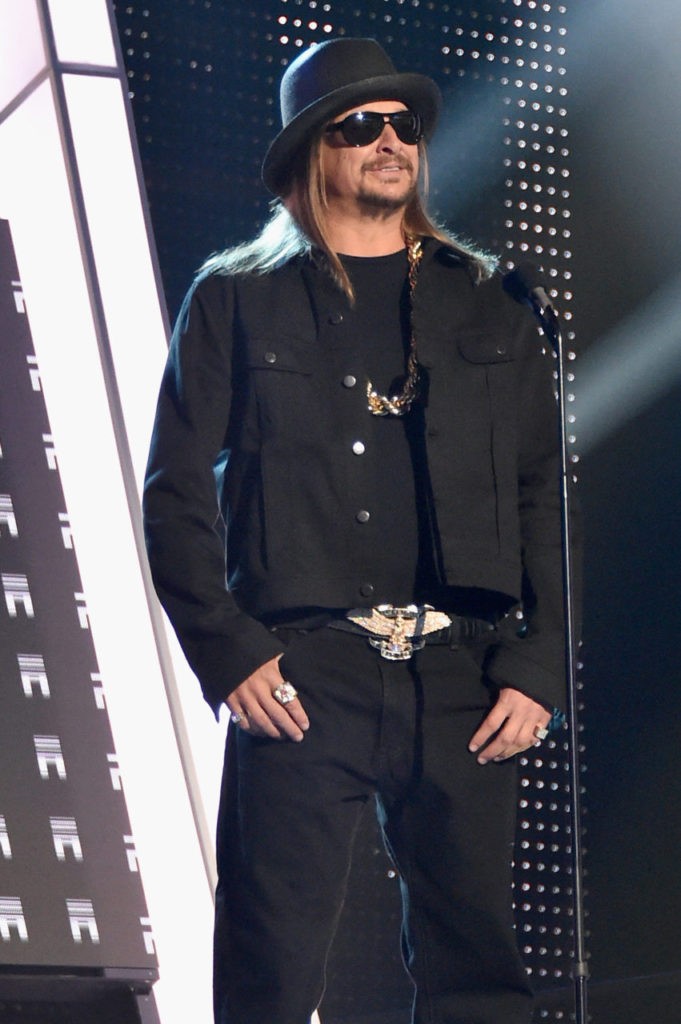 “I am the bona fide KING OF DETROIT LOVE and it makes me smile down deep that you haters know that! Your jealousy is merely a reflection of disgust for your own failures and lack of positive ideas for our city,” he added.

“So for the unforeseen future I will focus my philanthropy efforts on other organizations besides the ones I have supported in the past. I would however employ that NAN go ahead and make up these losses since they claim to be so good for Detroit and do not want me opening the arena and generating tons of jobs and tax dollars for the city and people I LOVE… IDIOTS! ….. (Has Al Sharpton even paid his back taxes yet?)”

The musician continued to add a number of postscripts to his initial post.

“P.S. Sam Riddle is a piece of sh*t criminal and prime example of a lot that is and has been wrong with Detroit. Sam, you suck and you know it! (If anyone does not know who he is, please Google him!)” he wrote.

“P.P.S. To be clear – F*ck ANYONE who takes a knee or sits during our national anthem! Pretty sure if Russell Wilson or Tom Brady were doing it they would have no problem finding a job playing for any team they wanted in the NFL!  So cut the bullsh*t!”

Rock then cited a specific article that he referred to as “fake news.” The article from the New York Post claimed that Rock had “gloated” over the arrest of Reverend Al Sharpton’s daughter. Rock stated on his website that the Twitter account that reportedly retweeted derogatory things about Sharpton’s granddaughter did not belong to Rock.

“P.P.P.S. Just saw this latest fake news piece… The idiot that posted it is such a bad reporter that he/she did not even check to see if this was my Twitter (which it is NOT!) – of course the press will report on everything else I have said here except this fake news. Unreal. (and these are the types of stories that can not be taken back in this day and age because they go viral so quickly and the damage is done before the corrections can be made.)”

Just in case Rock hadn’t been clear in the rest of his statement, he made a final statement to clear up any possible confusion the mainstream media may be suffering from, stating, “P.P.P.P.P.S. I LOVE BLACK PEOPLE!! God bless.”

Rock took to the stage in Grand Rapids, Michigan last week to call out “deadbeat dads” and “f*cking bigots” and the KKK, telling them to “stay the f*ck away” in a passionate, campaign-style speech during a concert.

Rock also seemed to imply that he may have his sights set higher than just the U.S. Senate.

“Like it or not, Hillary Clinton lost, and your president is Donald mother*cking Trump. But if Kid Rock for Senate has got folks in disarray, wait ’til they hear Kid Rock for President of the U.S.A.!”