The BBC reports that Facebook CEO Mark Zuckerburg has denied claims that the social media network has a political bias after President Trump himself accused the website of being actively anti-Trump. The President also accused the New York Times and the Washington Post of political bias and questioned whether there may have been collusion between the actively anti-Trump media companies.

Zuckerburg responded to Trump’s claims noting that there are accusations coming from both sides that Facebook played a hand in the 2016 election. Zuckerburg stated, “Trump says Facebook is against him. Liberals say we helped Trump. Both sides are upset about ideas and content they don’t like. That’s what running a platform for all ideas looks like. The facts suggest the greatest role Facebook played in the 2016 election was different from what most are saying.” Zuckerburg then listed a number of claims,

– More people had a voice in this election than ever before. There were billions of interactions discussing the issues that may have never happened offline. Every topic was discussed, not just what the media covered.

– This was the first US election where the internet was a primary way candidates communicated. Every candidate had a Facebook page to communicate directly with tens of millions of followers every day.

– Campaigns spent hundreds of millions advertising online to get their messages out even further. That’s 1000x more than any problematic ads we’ve found.

– We ran “get out the vote” efforts that helped as many as 2 million people register to vote. To put that in perspective, that’s bigger than the get out the vote efforts of the Trump and Clinton campaigns put together. That’s a big deal.

Breitbart News has written about bias against Conservatives both among Facebook employees, and by their fact-checking partners.

It was recently revealed that Russian sources had spent $100,000 on Facebook ads. Facebook uncovered the information and shared it with investigators examining Russian interference in the 2016 presidential election. Facebook claims that the advertisement sales were linked to a “troll” farm based in Russia called the Internet Research Agency that reportedly spread propaganda online. Most of the advertisements did not contain information about particular political candidates but rather focused on key political issues.

Facebook’s COO, Sheryl Sandberg was discovered to have interacted with the Hillary Clinton campaign during the 2016 election, at one point telling Clinton’s campaign manager John Podesta that she wanted Hillary Clinton “to win badly.” 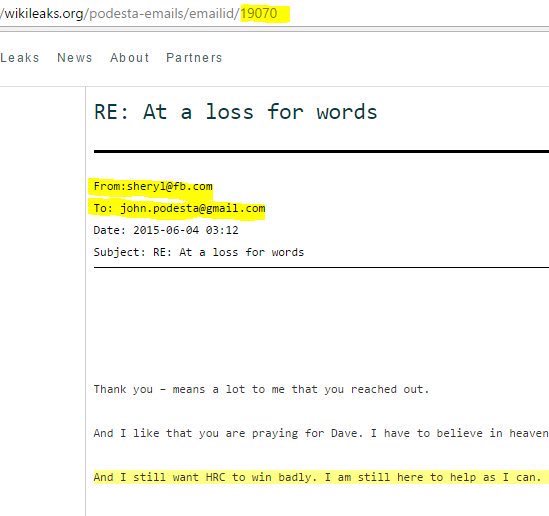