In addition to allegedly showing intimidation of conservatives, racist and sexist attitudes, and a paranoia about right-wing thinkers, the class action lawsuit brought by ex-employees James Damore and David Gudeman against Google also accuses the company of turning a blind eye to support for the violent “Antifa” movement from its employees.

Antifa is an umbrella term that describes the most radical and violent elements of the grassroots left. Antifa blocs have reportedly been involved in numerous acts of political violence in the first year of Trump’s administration, most notably in Berkeley, California. Antifa-linked groups were also responsible for widespread damage to property, acts of violence, and general lawlessness at the G20 summit in Germany last year. The Antifa movement has been condemned by House Minority Leader Nancy Pelosi and has been classified as domestic terrorists by U.S. security agencies.

Google, according to information released in the Damore lawsuit, is less keen to distance themselves. Numerous posts on internal company communication channels show employees agreeing with, and endorsing Antifa and political violence.

According to the Damore complaint, “a large number of Googlers have set their corporate profile pictures to Antifa insignias,  as seen in the image below.” 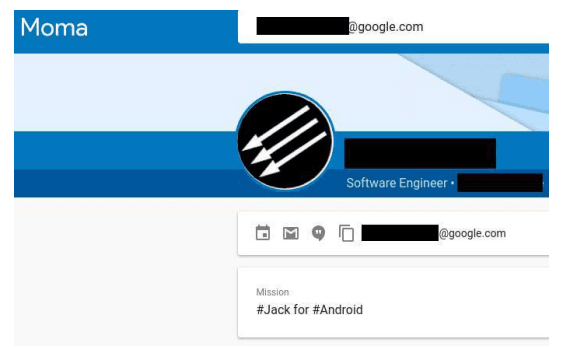 The complaint also provides numerous examples of current and former Google employees expressing support for Antifa and for political violence.

In one screenshot of an internal discussion at Google, an employee describes his coworkers as “Nazis,” deserving of violence. 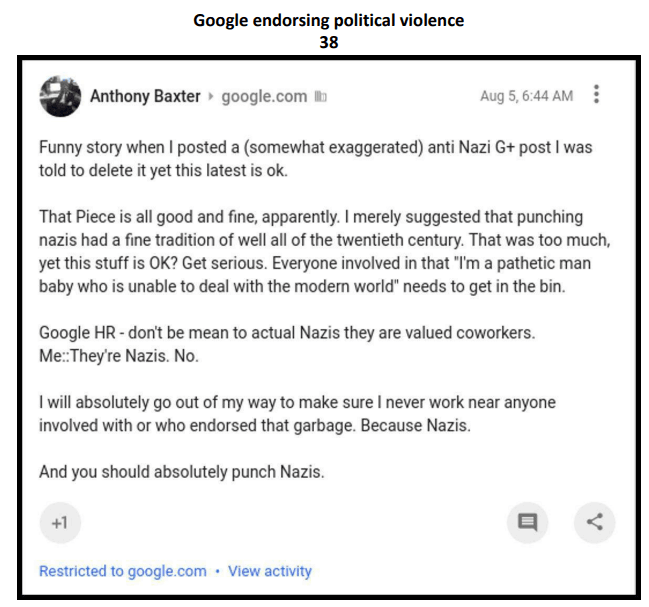 Another compared the current political climate with the second world war. 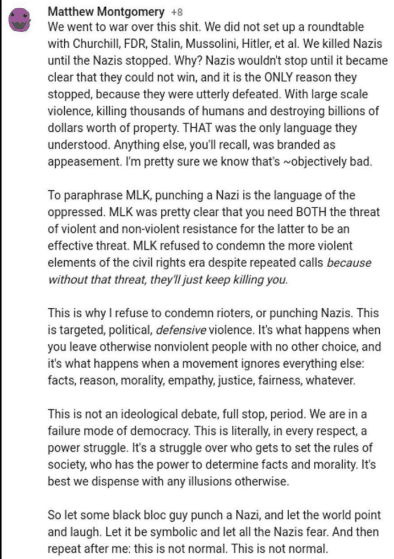 In further screenshots, Googlers continue to endorse political violence against “Nazis,” while also describing Breitbart News and supporters of the “America First” slogan as “Nazis.” 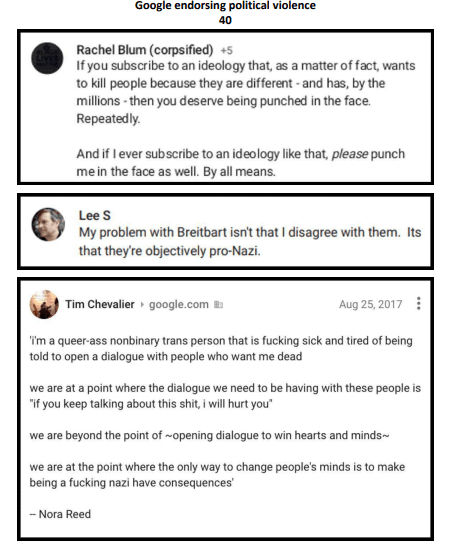 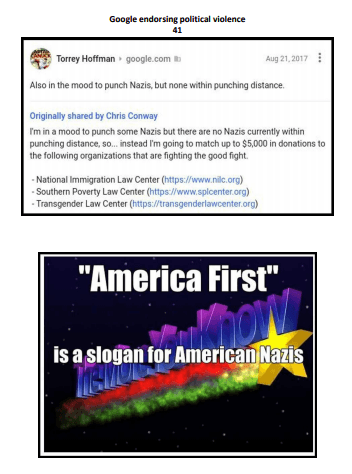