Not everyone on Twitter decided to mourn the lives lost on September 11, 2001, this year. Some took to the social media platform — which has supposedly dedicated itself to “conversational health” — to blame America for the terrorist attacks that day.

Some Twitter users made posts claiming the United States of America “deserved” the 9/11 attacks on the World Trade Center, Pentagon, and Flight 93 in Shanksville, Pennsylvania. 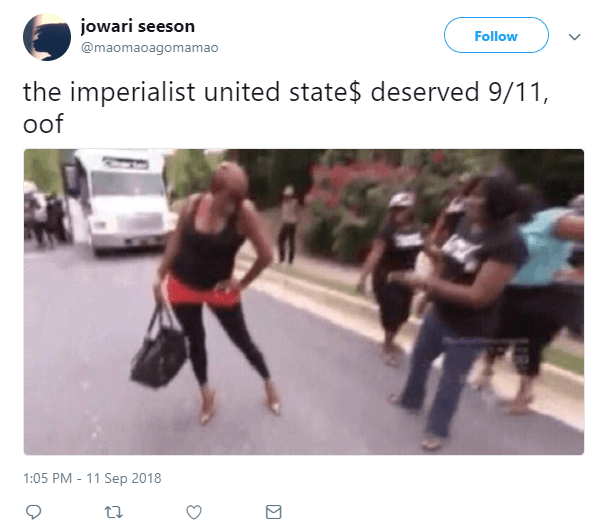 One such account used the Black Lives Matter hashtag #BLM and a rainbow flag in his Twitter profile, adding that he is a “phd dropout” and “accidental vegan.” 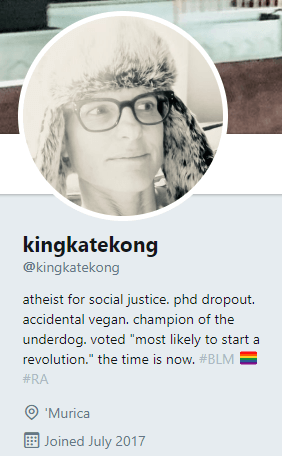 Another account claimed that only the “piglets,” referring to police officers, deserved to be killed on 9/11. The anonymous account claims to “feel bad for the civilians.” 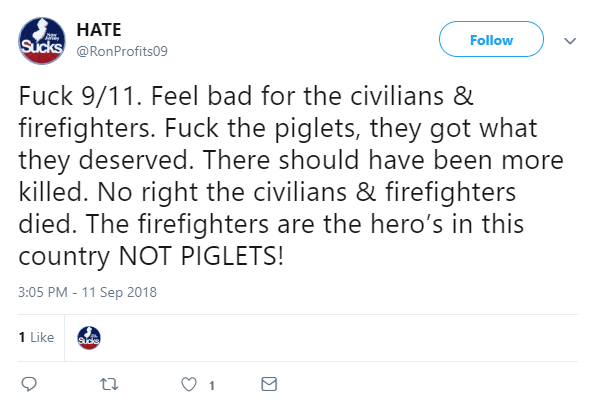 Islamic extremist accounts with only a few followers, which exist for the sole purpose of spreading propaganda, also celebrated the day on Twitter, while another declared, “Inshallah we shall see fire like it again.” 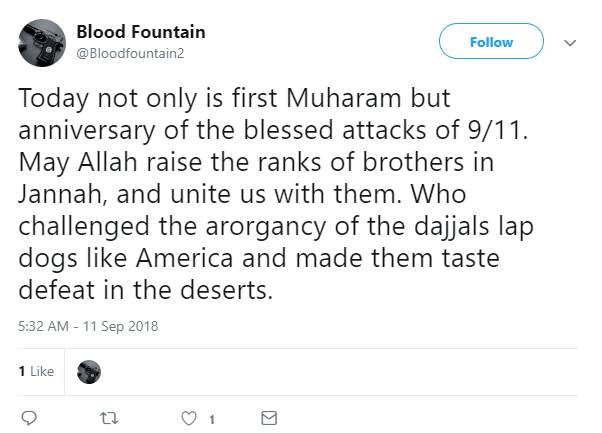