Facebook continues its agenda of scrubbing its platform of populists and Islam critics in Britain, “unpublishing” the page of right-leaning news website Politicalite and suspending its editor-in-chief for a post supporting Tommy Robinson.

Breitbart News previously covered Google’s decision to suspend advertising services to Politicalite, and Facebook’s suspension of the site’s page amid a crackdown on supporters of Tommy Robinson following the release of “Panodrama,” Robinson’s undercover exposure of bias at the BBC. PayPal also recently suspended service to the website.

The site received a message that its Facebook page had been unpublished late last week. 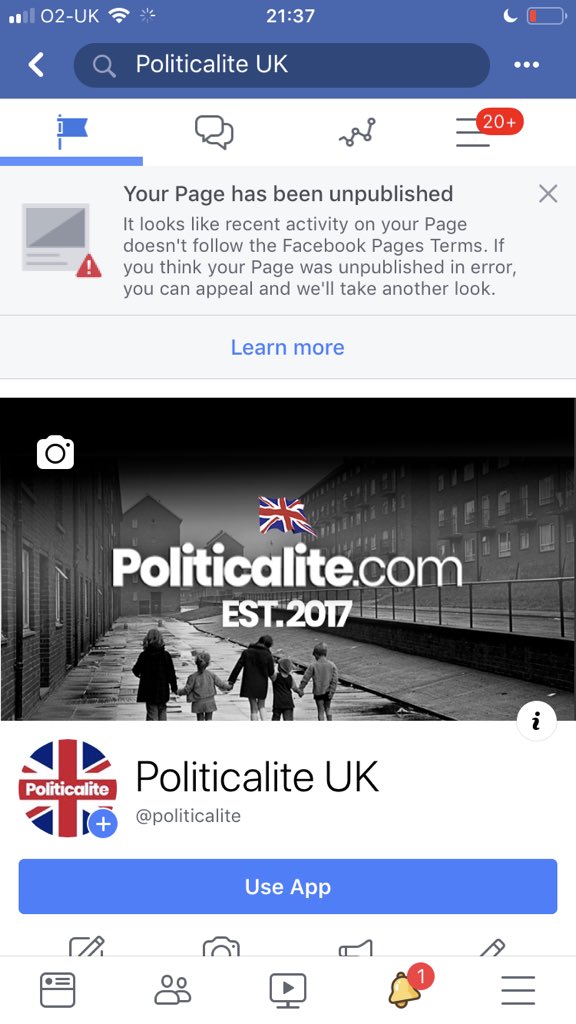 Following the suspension, site editor-in-chief and former UKIP activist Jordan James reported that his own Facebook account had been suspended as well, for a years-old post offering support to Islam critic Tommy Robinson. (Robinson has also been banned from the platform). 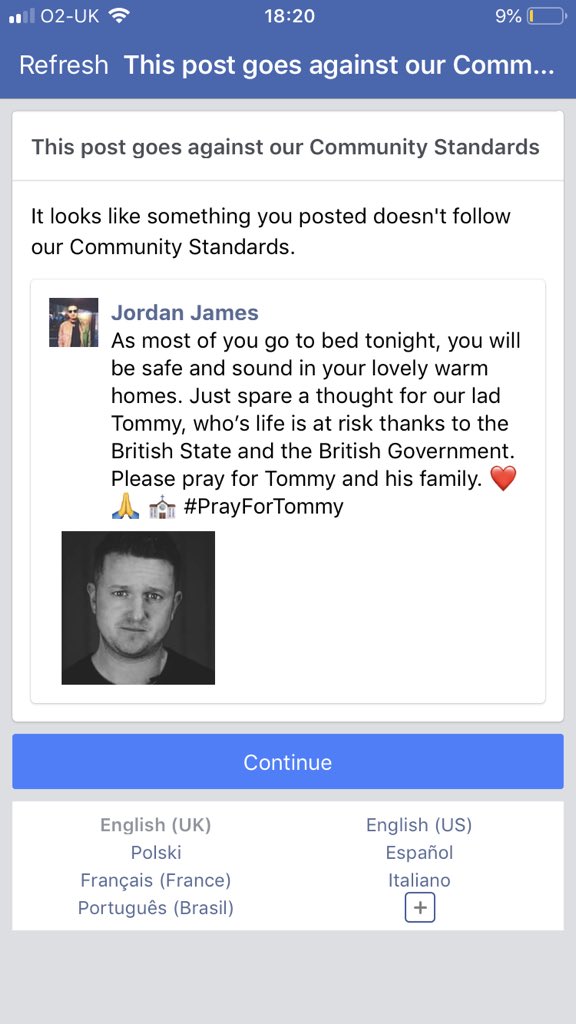 Breitbart News asked Facebook to supply a justification for the blacklisting of the British news website, which now bills itself “Britain’s most censored news outlet.” Facebook did not offer a response.

A recent investigation of Facebook by undercover journalists recently found that the social network is engaged in a program of deliberate, secret suppression of conservative and right-wing voices. A whistleblower at the tech company told reporters that a secret “deboosting” code was applied exclusively to right-of-center and populist individuals and organizations on the platform, limiting the reach and visibility of posts. The source said she never saw the code applied to far-left pages on Facebook.