Google Translate, the tech giant’s translation app, listed “a police officer” as the primary definition of “demon.” The secondary definition of demon, according to the Masters of the Universe in Silicon Valley, is “an evil spirit or devil.” The web giant removed the definitions altogether after Breitbart News requested comment on the company’s strange definition.

Users on reddit’s /r/Conspiracy subreddit were the first to recently notice that when the term “demon” was typed into Google’s Translate system, the first definition that the site returns is “a police officer.” Although the Internet giant removed the definitions after a Breitbart News request for comment, a screenshot of the definition can be seen below: 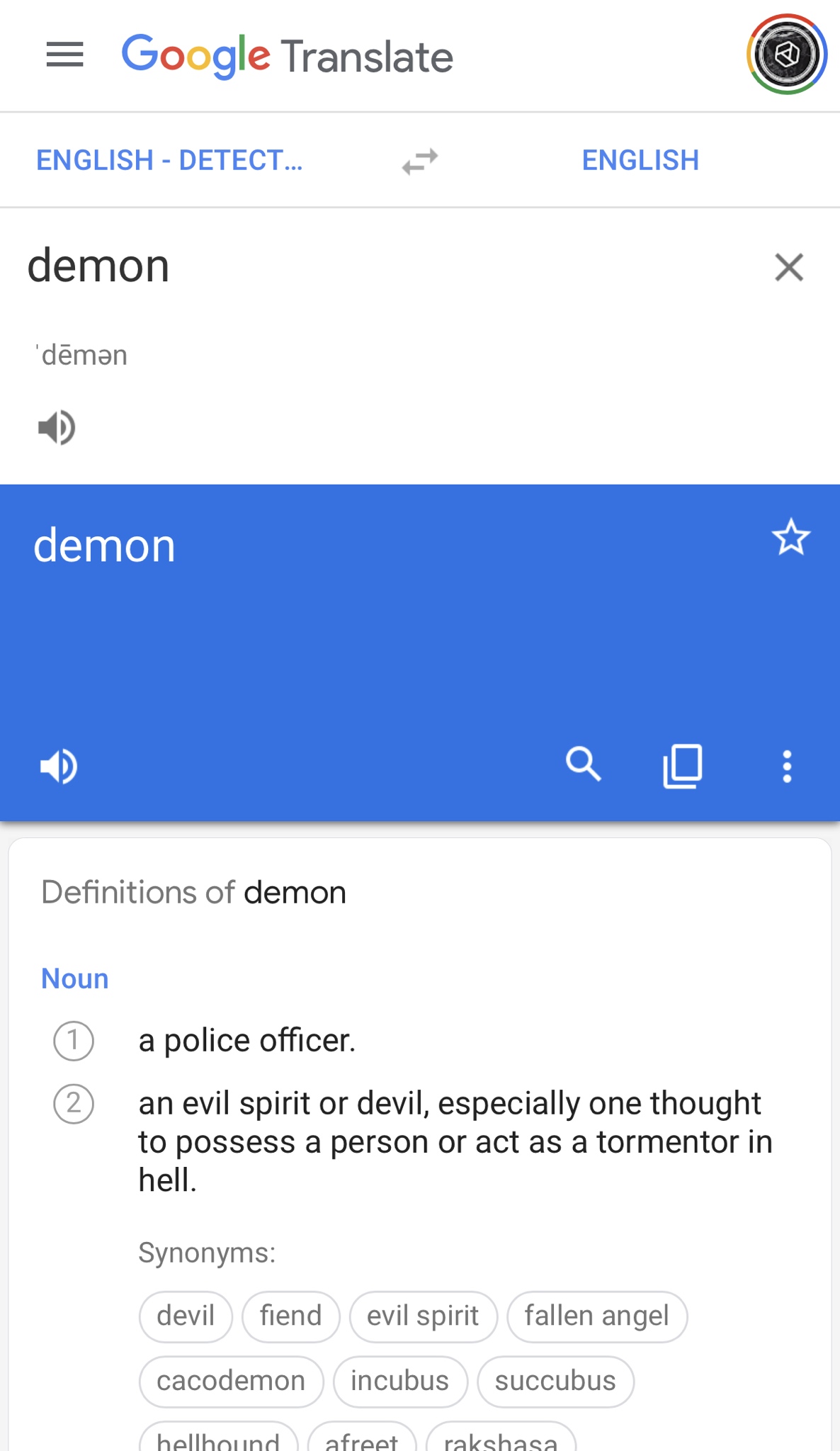 An archived version of the Google Translate page can be found here. One Reddit user named /u/Djingus_ noted that the term “demon” has been used in Australia as a slang term for “detective/officer” according to a dictionary of Australian words and terms published on WikiSource.org. This doesn’t explain why Google listed it as the primary definition of the word.

Breitbart News contacted Google to request an explanation for the issue, and has not received a reply, although all definitions for “demon” were removed after the request for comment was sent. Some speculate that the definition is the result of an algorithm error or manipulation. Breitbart News previously reported in 2018 that Google briefly listed “Nazism” as an official ideology of the California Republican Party due to the search engine relying on scraping information from Wikipedia which can be edited.

At the time, Google commented on the issue stating that vandalism on Wikipedia had resulted in the incorrect search results:

This would have been fixed systematically once we processed the removal from Wikipedia, but when we noticed the vandalism we worked quickly to accelerate the removal of the erroneous information.

Breitbart News will update this story when new information is provided.