PragerU told Breitbart News that Facebook is retroactively deleting and flagging old PragerU posts and counting one video posted by the group as “multiple violations” which has contributed to the page being marked as “at-risk” of being unpublished.

Conservative non-profit group PragerU had its account restricted on Wednesday for allegedly violating the platform’s rules regarding posts about coronavirus after sharing a video of the “White Coat Summit” featuring medical doctors.

“American doctors are holding a ‘White Coat Summit’ in Washington, D.C. to address ‘a massive disinformation campaign’ by the media about coronavirus,” read PragerU’s tweet. “Watch as Dr. Stella Immanuel tackles the media’s narrative about hydroxychloroquine.”

PragerU alleges that it spoke with Facebook representatives on the issue who confirmed that sharing any mention of hydroxychloroquine being a possible treatment for the Wuhan coronavirus violates Facebook’s community guidelines. PragerU noted that mentions of the drug by news outlets such as CNN did not appear to violate Facebook’s guidelines. 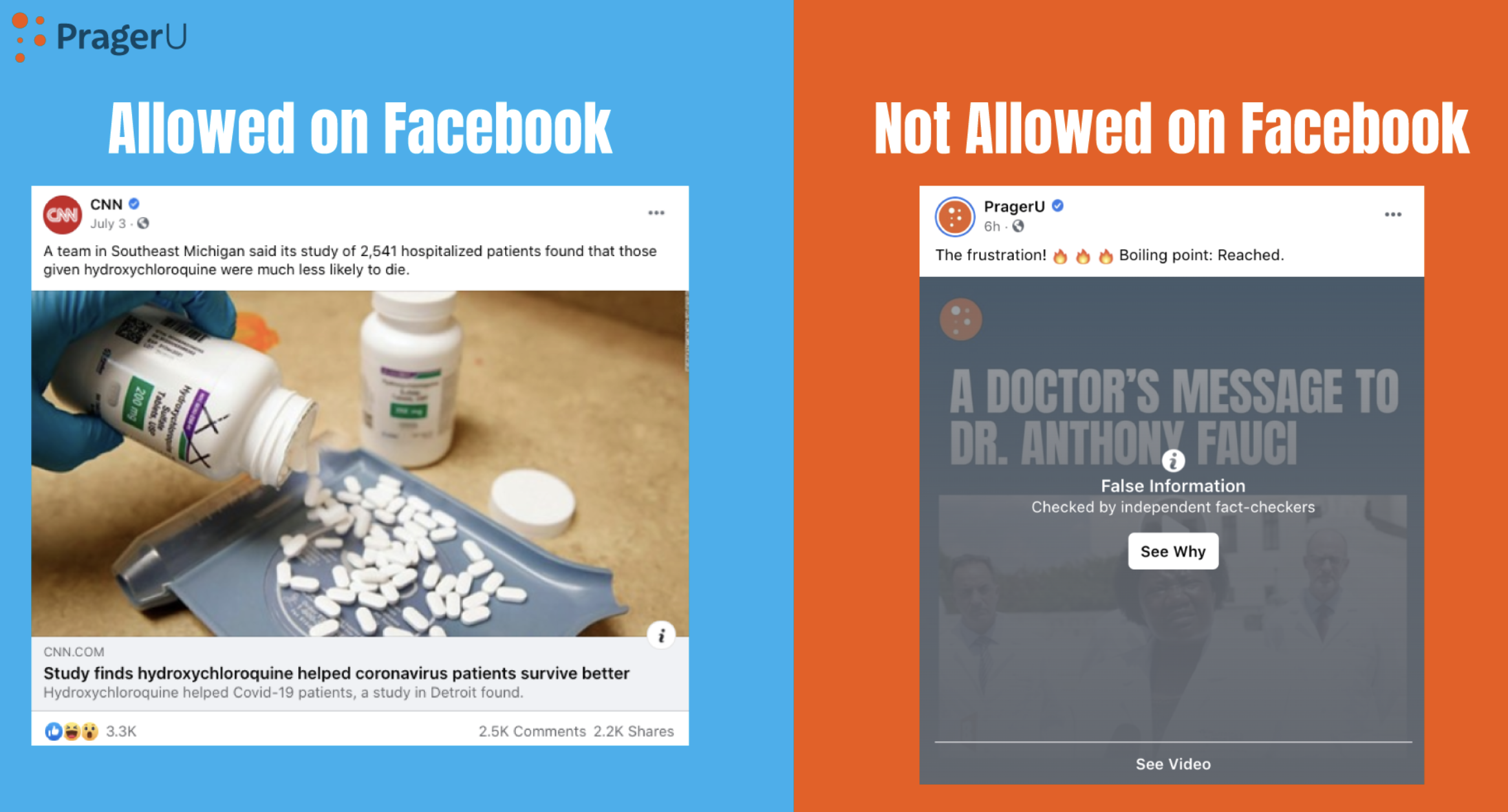 Breitbart News will continue to update readers as this story develops.