George Washington University students expressed that “cultural appropriation is real,” and it is important to be “culturally sensitive” and “politically correct” when dressing up for Halloween.

“There’s a lot of talk, when we talk about Halloween, about being culturally sensitive or politically correct, to make sure we’re not offending people. Do you think that’s something important to take into account when we pick what we’re going to wear?” asked Campus Reform reporter Addison Smith, who was wearing a George Washington costume in honor of the occasion.

Students overwhelmingly expressed that people must be “culturally sensitive” and “politically correct” when dressing up for Halloween. 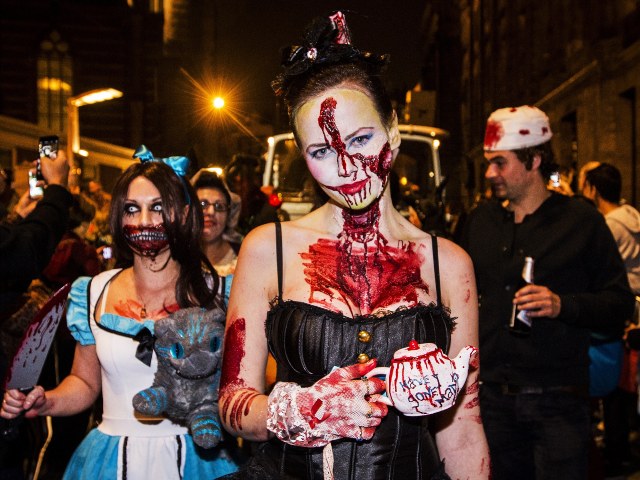 “Yeah, definitely. I believe that cultural appropriation is a thing, so don’t do it,” one student said.

“I think it’s really important. I think people’s culture is not a costume,” another answered.

“It’s so easy to be haste, and to be irrational in trying to make a point about something like freedom of speech in a way that might offend somebody else,” another replied.

Smith then posed to students the idea that “if we really dig, we can find something that’s offensive about anybody’s costume.”

“I don’t think there’s anything you can do that wouldn’t offend anybody, another acknowledged.

One pair of students mentioned that they were dressing up as a fit Barbie and Ken, and Smith asked what they would think if someone accused them of “ableism.”

“But then you can’t please everybody, so, like, workout Ken and Barbie, like, that would be kind of a stretch to — in our brains — but for somebody else, it might, you know, be a little different,” the student replied.

When Smith asked who will determine what is an offensive Halloween costume and what isn’t, one student suggested that people can find out what crosses the line by looking at “social media.”

“For example, like, social media, most of the days, like, tells you what’s right and what’s wrong,” one student answered.