The Babylon Bee, Kirk, and Carlson remain defiant after getting suspended from their Twitter accounts, refusing to delete the tweets that got them locked out of their accounts in protest of the social media platform’s censorship of true statements deemed offensive by irascible members of society. 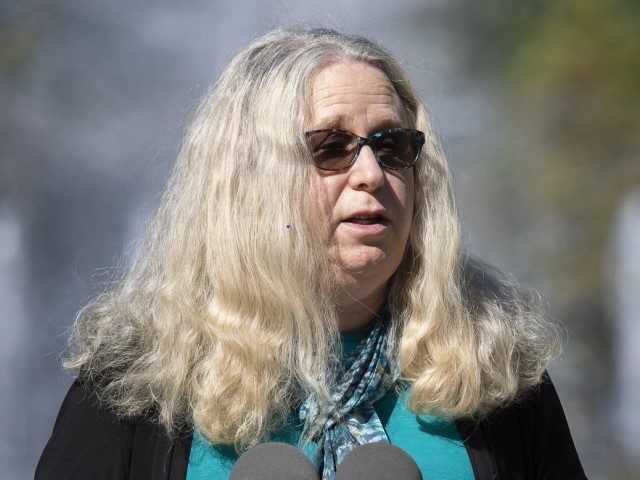 “We aren’t banned, but we are suspended until we delete the tweet. We won’t do that,” Kirk told Breitbart News on Tuesday. “I won’t deny the truth just to be on Twitter.”

On March 20, the Babylon Bee was locked out of its Twitter account and told that it would have to delete one of its tweets in order to successfully log back into the account. The satire site’s offending tweet featured an article mocking USA Today for recently declaring Levine “woman of the year.”

Around that time, Kirk was also suspended from Twitter for commenting on USA Today‘s choice of a biological male for “Woman of the Year.” The TPUSA founder’s tweet simply read:

Richard Levine spent 54 years of his life as a man. He had a wife and a family. He “transitioned” to being a woman in 2011, Joe Biden appointed Levine to be a 4-Star Admiral and now USA Today has named “Rachel” Levine as a “Woman of the Year.” Where are the feminists?

As for Carlson, the Fox News host was locked out of his Twitter account for simply posting screenshots of the tweets by the Babylon Bee and Kirk, and stating, “both these tweets are true.”

On Monday, Elon Musk disclosed that he has acquired 9.2 percent of Twitter, which makes him the largest shareholder in the company and puts him on the board of directors at Twitter.

The move comes after conservatives on the social media platform urged him to use his wealth to fix the company’s free speech problem.

After the news broke of the Tesla and SpaceX CEO’s new stake in Twitter — which is worth $2.89 billion based on Twitter’s closing price on Friday — Babylon Bee editor-in-chief Seth Dillon revealed that Musk had “reached out to us before he polled his followers about Twitter’s commitment to free speech.”

“He wanted to confirm that we had, in fact, been suspended. He even mused on that call that he might need to buy Twitter. Now he’s the largest shareholder and has a seat on the board,” Dillon added.

Musk reached out to us before he polled his followers about Twitter's commitment to free speech. He wanted to confirm that we had, in fact, been suspended. He even mused on that call that he might need to buy Twitter. Now he's the largest shareholder and has a seat on the board.

But while Musk himself has expressed concern that Twitter has been undermining democracy by failing to live up to its founding ideals of free speech, Carlson, Kirk, and the Babylon Bee remain suspended from Twitter for sharing innocuous content deemed “hateful” by left-wing activists.

“My hope is that now that Elon Musk is on the board that he will be able to change Twitter from the inside out, remove my suspension, and allow me along with the Babylon Bee, Tucker Carlson, and countless other silenced conservative accounts back on the platform, including President Trump,” Kirk added.

“If they reverse course, it will be good for the country,” the TPUSA founder said.