FCC Commissioner Brendan Carr is urging the Department of Justice (DOJ) to investigate Apple and TikTok. Carr is a consistent critic of China’s TikTok, calling the app a wolf in “sheep’s clothing.”

Carr calling on the DOJ to launch an investigation is his latest move in an attempt to try to get Apple to remove the China-owned TikTok app from its App Store, according to a report by Apple Insider. 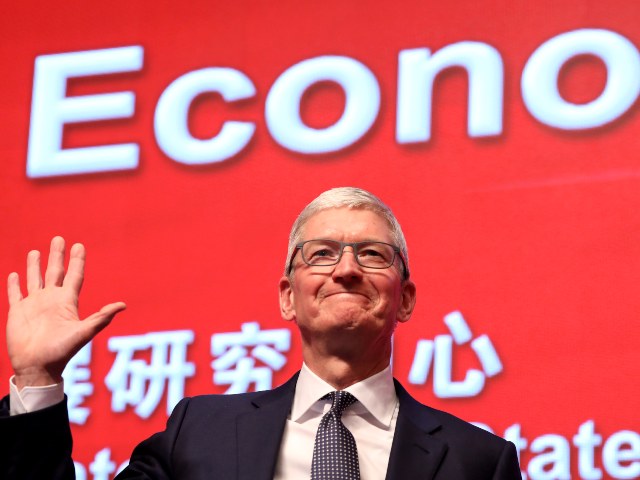 The FCC commissioner has previously urged Apple and Google to ban TikTok from it app stores, writing to Apple CEO Tim Cook and Google CEO Sundar Pichai in June, telling them that the Chinese app is a wolf in “sheep’s clothing.”

On Friday, Carr sent a letter to the DOJ’s antitrust chief, Jonathan Kanter, telling him that TikTok’s existence on the Apple App Store and Google Play Store is an antitrust issue, according to documents obtained by CNN.

“Apple and Google are not exercising their ironclad control over apps for the altruistic or procompetitive purposes that they put forward as defenses to existing antitrust or competition claims,” Carr wrote. “Instead, their conduct shows that those rationales are merely pretextual — talismanic references invoked to shield themselves from liability.”

Carr went on to say that the DOJ’s Antitrust Division should consider that “to the extent that it assesses the reasonableness of Apple’s and Google’s anticompetitive actions.”

The FCC commissioner has also claimed that a ban on TikTok in the U.S. is inevitable, as he says it is impossible to be confident that data is “not finding its way back into the hands of the [Chinese Communist Party].”

Apple and Google banning TikTok would not be some type of unprecedented, inconceivable act, as both tech giants have previously banned a U.S. company over much less.

Last year, Apple, Google, and Amazon banned the social media company Parler from their services under the guise of having concern for public safety. The move came on the heels of Twitter banning then-President Donald Trump from its platform and as conservatives appeared to start flocking to Parler.

But unlike Parker, TikTok is owned by a hostile foreign country, and is considered by many to be nothing more than Chinese surveillance and psyops thinly veiled as a social media platform. The China-owned app has been under scrutiny for the danger it poses to American kids and teens, being a national security threat, and meddling in U.S. elections.