Late last week, using the hard work of others documenting the shameful behavior of pro-union activists in Wisconsin, I gathered an exhaustive list that closes the case for anyone doubting that an intense campaign of intimidation, violence, and harassment is taking place against anyone who dares disagree with Big Labor. Businesses have been threatened with boycotts, legislators have received death threats, vandalism is appearing — and as I mentioned in my article, chances were better than not that I missed some incidents. Well, it turns out that I did. Over at National Review Online, Deroy Murdock came up with his own list of death threats aimed at pro-Walker supporters that includes a bomb threat and a vile, homophobic email sent to a capitol staffer. 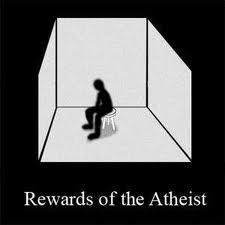 This campaign — coordinated or not — is beyond anything I’ve seen in this country in my lifetime, and it’s only getting worse. And yet, the very same mainstream media that found a week’s worth of stories regarding a crosshairs map the Tucson shooter never saw, the same mainstream media that waged a relentless and dishonest campaign against the Tea Party — refuses to give what’s happening in Wisconsin at the hands of bullying Leftists the kind of attention it demands. This isn’t even about the media playing fair (a waste of breath), this is about calling for civility before someone gets hurt.

Other than some smaller, alt-weekly publications, the only newspaper in Milwaukee is the Milwaukee Journal Sentinel. It’s a daily publication that’s read throughout the state and when I lived in Milwaukee it was breathtakingly biased, going so far as to move its editorials in favor of gun control to the front page on the same day important gun control votes were taking place. Obviously the paper has only gotten worse over the past two decades, and its editors even more belligerent and arrogant.

Posting at Charlie Sykes’ WTMJ blog, George Mitchell tells the incredible story of his back and forth with Journal-Sentinel managing editor George Stanley:

The Journal Sentinel’s selective coverage largely has been limited to brief reports of some individual incidents. The news judgment is unmistakable. Namely, these are isolated events. They don’t warrant the kind of saturation “civility” coverage that followed the recent shootings in Tuscon. (One can’t help wondering if things would be different if the Wisconsin perpetrators operated under the Tea Party banner.)

Last week blogger [John] Nolte (Big Government) compiled information involving “20 days worth of the death threats, vandalism, and intimidation” by Walker opponents. At the same time, prominent blogger Ann Althouse detailed what can only be labeled as vile threats received by her and her husband following their reporting of the Wisconsin thuggery.

My own view is that Walker opponents are hurting their cause with this kind of activity. Without mentioning the Journal Sentinel or criticizing its coverage, I made that point in a March 18 e-mail that provided links to the Nolte and Althouse material. My distribution list included George Stanley, managing editor of the Journal Sentinel.

“Both sides are demonizing each other with deliberate, dishonest propaganda….You reap what you sow.”

“Are you suggesting that the behavior of Walker supporters is comparable to that of his opponents?”

“I don’t ‘suggest’ like you, George. I didn’t say a word about behavior or go to your links. I prefer honesty to bullshit.”

In a just world there would be two huge scandals playing out here, the lesser of which is this editor’s arrogant refusal to even look at evidence of a legitimate and important story. What kind of newspaper editor isn’t interested in the scope and scale of the ongoing violence and intimidation taking place in the state he’s charged with covering — especially in light of the murders in Tuscon. That was a rhetorical question. And we all know why. A full, contextual examination of this will blow back on the pro-union side. Worse still, though, is that Milwaukee Journal-Sentinel managing editor George Stanley obviously believes that this campaign of violence and intimidation against Governor Walker, Senate Republicans, Tea Party leaders and local businesses is deserved.

How else are we to interpret the “reap what you sow” comment?

George Stanley obviously doesn’t see death threats, vandalism and overall thuggery as a news story — he sees it as justice.

ADDED: More from Mr. Stanley in an email response to a Wisconsin resident here:

Mr. Mitchell, like some of his opponents, believes the end justifies the means and that dishonesty and exaggeration are tools to win political victory. I have little respect for that philosophy. That was what our argument was about.

How would George Stanley know this when he refused to look at the documented evidence? His own words…

I didn’t say a word about behavior or go to your links. I prefer honesty to bullshit.

He prefers honesty to bull shit like I prefer Joy Behar to Pam Grier.