Despite feeling that “America as we know it is still in mortal danger,” Krugman writes that he ends the year with “a feeling of hope, because tens of millions of Americans have risen to the occasion.”

Donald Trump has been every bit as horrible as one might have expected; he continues, day after day, to prove himself utterly unfit for office, morally and intellectually. And the Republican Party — including so-called moderates — turns out, if anything, to be even worse than one might have expected. At this point it’s evidently composed entirely of cynical apparatchiks, willing to sell out every principle — and every shred of their own dignity — as long as their donors get big tax cuts.

Meanwhile, conservative media have given up even the pretense of doing real reporting, and become blatant organs of ruling-party propaganda.

Yet I’m ending this year with a feeling of hope, because tens of millions of Americans have risen to the occasion. The U.S. may yet become another Turkey or Hungary — a state that preserves the forms of democracy but has become an authoritarian regime in practice. But it won’t happen as easily or as quickly as many of us had feared.

Early this year the commentator David Frum warned that the slide into authoritarianism would be unstoppable “if people retreat into private life, if critics grow quieter, if cynicism becomes endemic.” But so far that hasn’t happened.

What we’ve seen instead is the emergence of a highly energized resistance. That resistance made itself visible literally the day after Trump took office, with the huge women’s marches that took place on Jan. 21, dwarfing the thin crowds at the inauguration. If American democracy survives this terrible episode, I vote that we make pink pussy hats the symbol of our delivery from evil.

Below are some images from the Women’s March on Washington, DC, on January 21, 2017. 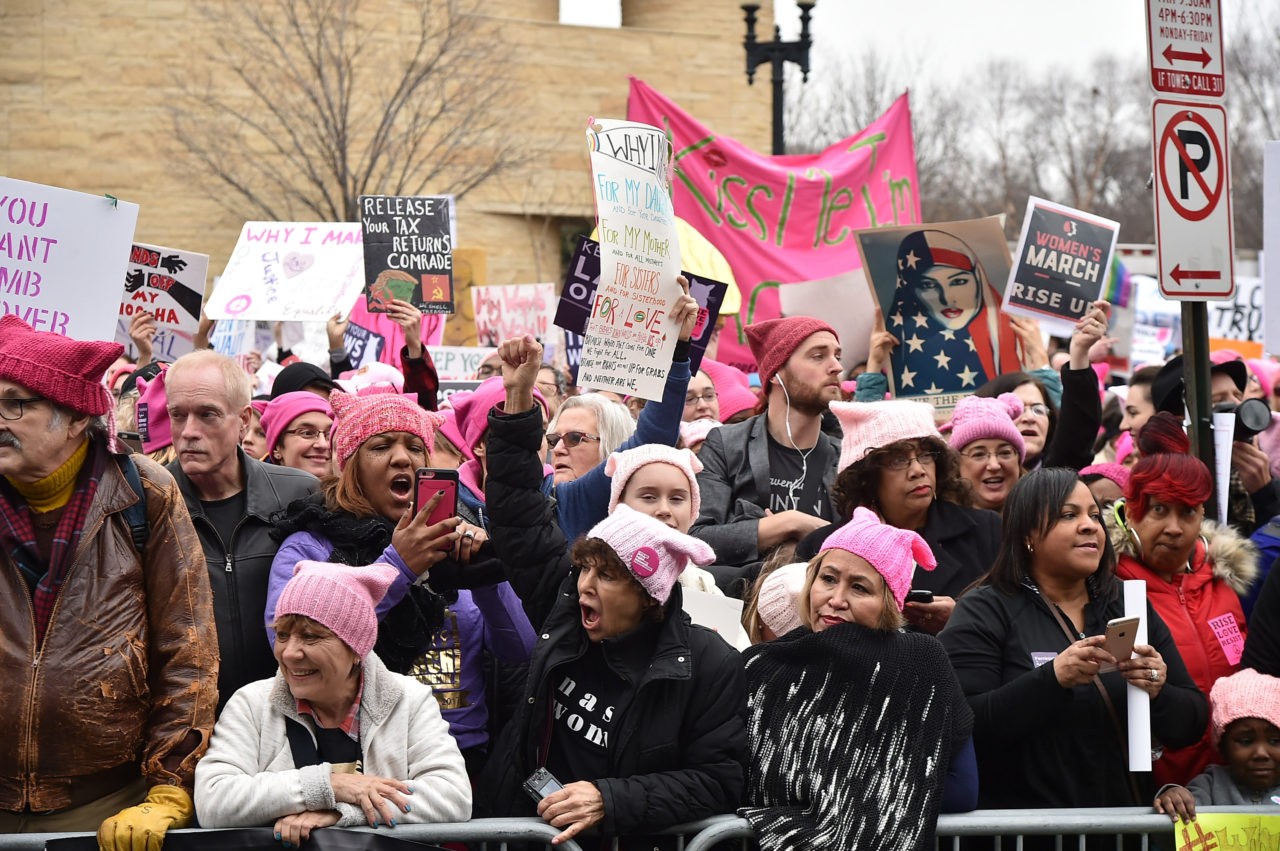 A view of rally attendees during the Women’s March on Washington on January 21, 2017 in Washington, DC. (Photo by Theo Wargo/Getty Images) 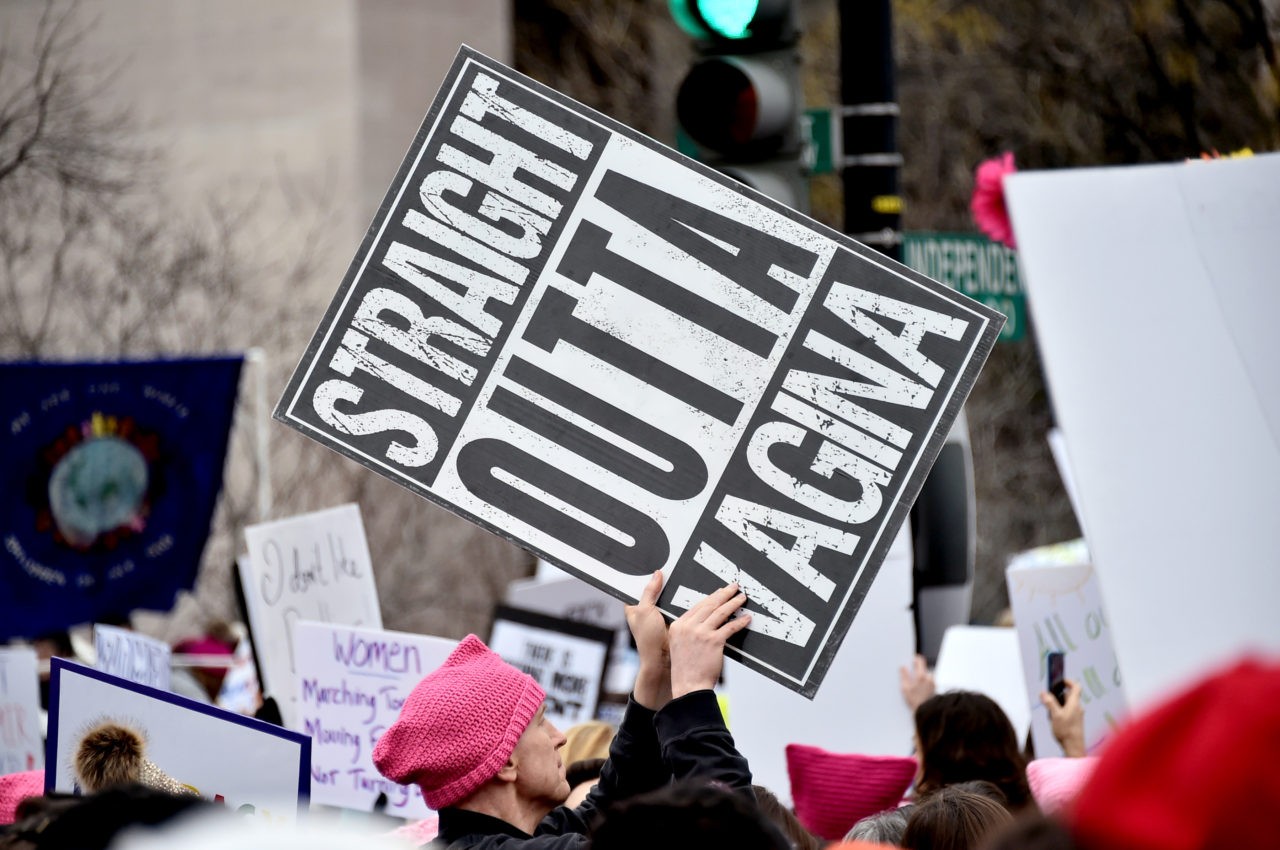 Protesters gather at the Women’s March on Washington on January 21, 2017, in Washington, DC. (Photo by Mike Coppola/Getty Images) 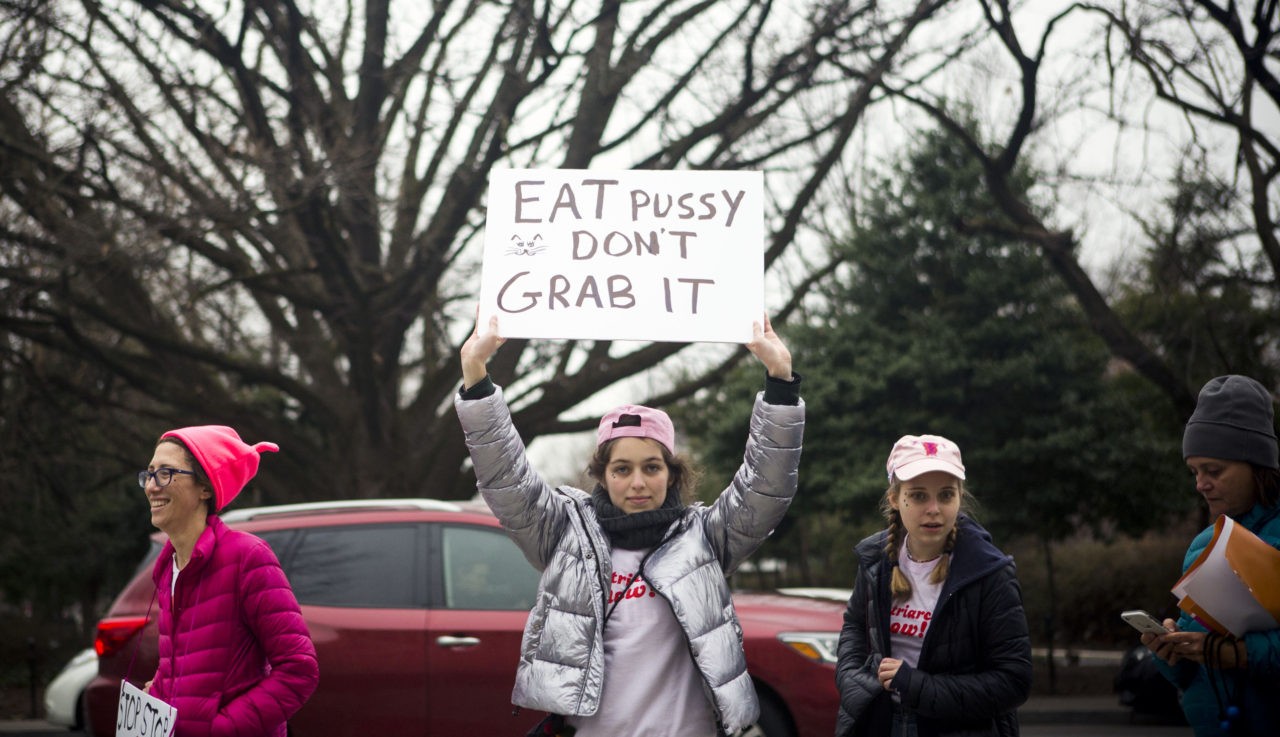 Protesters hold signs at the Women’s March on Washington on January 21, 2017, in Washington, DC, following the inauguration of Donald Trump as the 45th president of the United States that day. (Photo by Jessica Kourkounis/Getty Images) 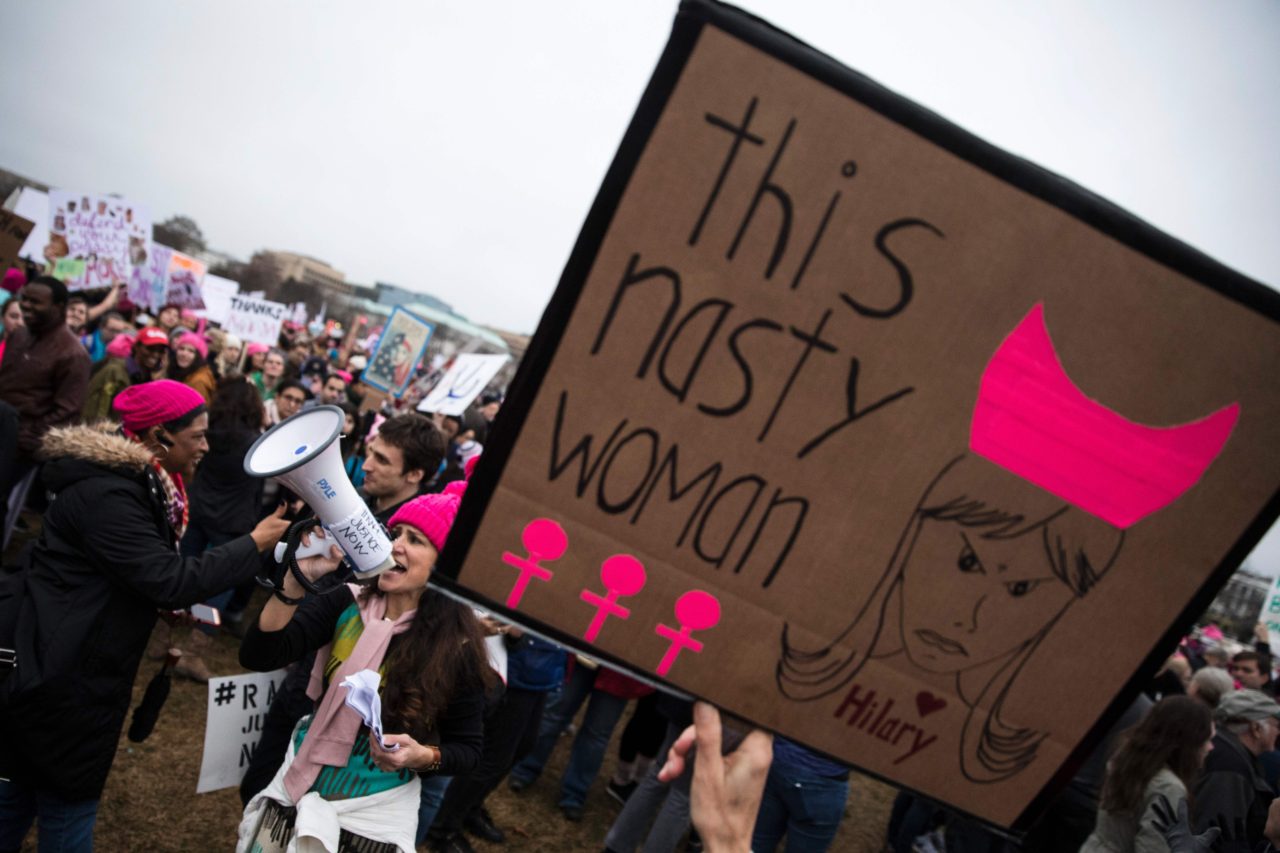 A demonstrator leads a chant through a megaphone during the Women’s March on Washington January 21, 2017 in Washington, DC. (Photo credit should read ZACH GIBSON/AFP/Getty Images)