The Daily Beast has quietly edited a hit piece on Baseball Hall of Fame inductee Mariano Rivera that accused him of harboring “secret far-right politics” and featured an image of him standing on the Israeli flag. 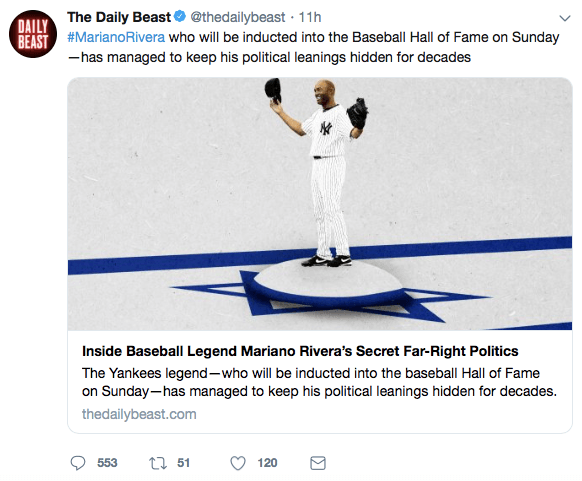 Rivera, the legendary Yankees reliever, is a committed Christian who has been outspoken about his support for Israel and has visited the country several times.

There was no evidence of “secret far-right politics,” only friendliness toward President Donald Trump and support for Israel, which until recently was a bipartisan cause.

The article claimed that Rivera had “served at the pleasure of a racist president, taken part in thinly veiled propaganda on behalf of an apartheid government in Israel, and gotten chummy with outright bigots and apocalyptic loons.”

In addition, the illustration accompanying the article depicted Rivera standing on the Star of David in the middle of the Israeli flag. He was also atop a baseball mound that had been colored white with a blue fringe, in apparent imitation of a yarmulke, a cap traditionally worn by Jewish males.

Below is a screen grab of the original article headline and image: 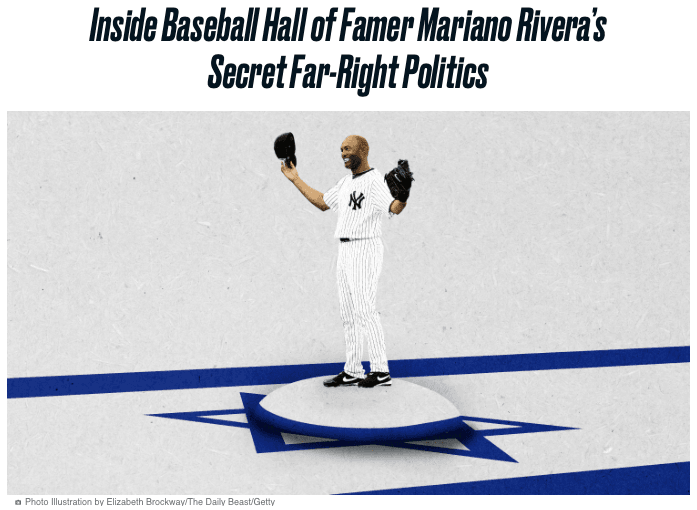 Readers were outraged. Some called the article and the image antisemitic.

Wow, did you get that image from Der Sturmer?

Daily Beast puts out a graphic of Mariano Rivera standing on the Star of David. They've labeled him "far right." That all looks dangerously close to an anti-semitic trope to me, at best.

Anti-Christian, anti-Israel smear of #MarianoRivera—a true mensch—on the day of his induction into the @baseballhall. (And what’s with the illustration? One might be tempted to interpret it as anti-Semitic.) https://t.co/NmOSeVpaGD

Tim Alberta, chief political correspondent for Politico magazine, called the article a “flaming hot piece of journalistic garbage” and refused to tweet the link, but tweeted a screen grab of the image:

This is such a flaming hot piece of journalistic garbage that I refuse to tweet the link itself. Do better, @thedailybeast. pic.twitter.com/Vw6H9q9HeU

Elizabeth Brockway was credited with the illustration, along with Getty Images (for the photograph of Rivera used in the image).

Breitbart News reached out to the Daily Beast and to Brockway for comment, and received no response.

However, a short time later, the article was changed significantly:

The headline was changed to remove the word “Secret.” The image accompanying the article was removed and replaced with an innocuous photograph of Rivera at Yankees Stadium. The article is now boldly marked “opinion.”

Here is the new headline and image: 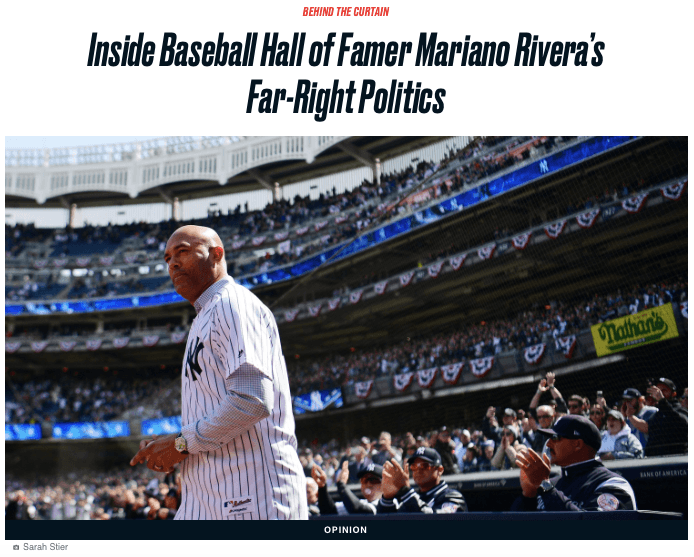 In addition, the word “apartheid” was removed from the text and replaced with “far-right.”

No editors’ note was provided to indicate that changes had been made, to provide explanations, or to offer regrets.