Pulitzer-winning “historian” Nikole Hannah-Jones, who’s as dumb as she is dishonest, was forced to delete her breathtakingly ignorant “hot take” on Hiroshima.

On November 6, this proven liar and creator of the Big Lie that is the wretched and wretchedly flawed 1619 Project tweeted out this tripe:

“Feeling ashamed of shameful things is not BAD. It’s called being an empathetic and moral human being,” she wrote, adding, “Shame helps us do better. When I visited the Hiroshima Peace Memorial Museum about the impact of the US’s atomic bomb, as an American, I felt shame.”

If only she could feel shame over her own flaws and serial lies.

Hold on, though; things are about to get much worse.

Responding to her tweet, someone wrote, “No suprise she still poorly understands history. A land invasion of japan would have cost millions of lives.”

And here was Hannah-Jones’ total lie of a response (which has now been deleted): 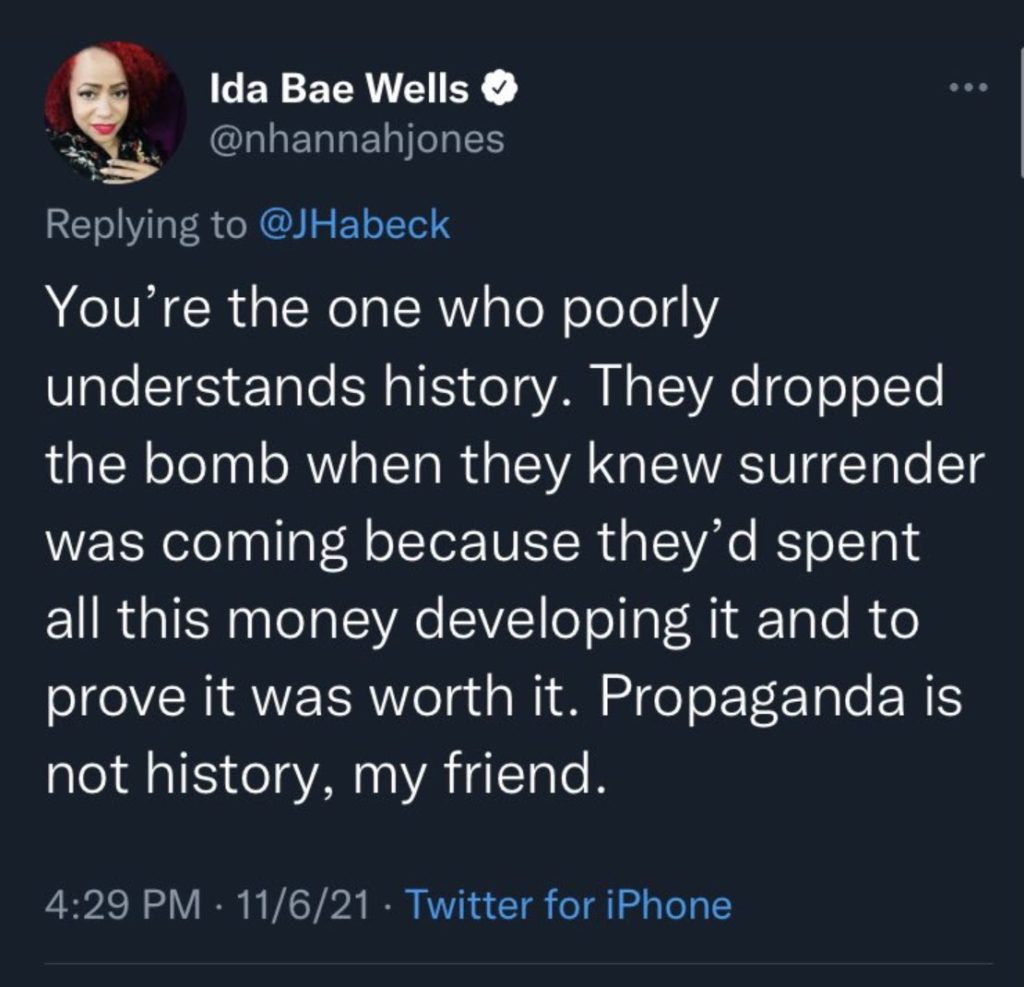 “You’re the only one who poorly understands history,” she tweeted. “They dropped the bomb when they knew surrender was coming because they’d spent all this money developing it and to prove it was worth it.”

Then she closed with this self-own: “Propaganda is not history, my friend.”

The dishonesty, ignorance, and toxic mix of both that comes from the Woke Nazis never ceases to amaze and disgust. What’s more, even after deleting the tweet, she’s not admitting she was wrong or correcting the record.

“Well, apparently we are at a time in my career where a tweet response with 100 likes is worthy of all kinds of explication and condemnations five days after I wrote it, even after I’ve deleted it,” she whined. “But sure, ok.”

What a class act our “betters” are.

So here are the facts…

Japan had ZERO intention of surrendering. In fact, Japan was so determined not to surrender, Japan did not even surrender after the first bomb was dropped on Hiroshima. Three days later, we had to drop a second one on Nagasaki. Good heavens, even after the second bomb hit Nagasaki, the Emperor still had to intervene with the Supreme Council for the Direction of the War and demand they surrender.

As far as lives saved, the facts are stunning. 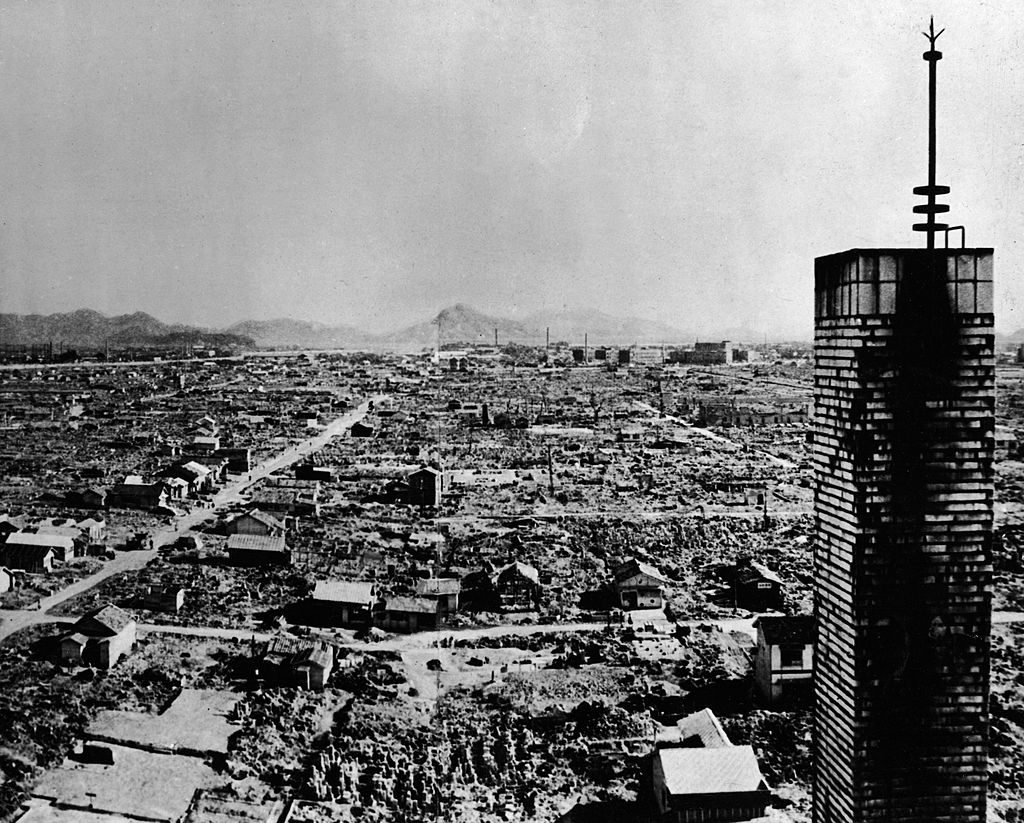 High-angle view of a section of the city of Hiroshima after the U.S. atomic bombing on August 6, 1945. (Photo by Keystone/Getty Images)

Three months before Hiroshima, in the Battle for Okinawa, which lasted nearly three months, it is estimated that 12,500 Americans died along with 77,000 Japanese soldiers and anywhere from 40,000 to 150,000 civilians.

Now imagine the maniacal, bitter, bloody, grueling house-to-house fighting if  America had been forced to end the war Japan started by invading the Japanese homeland—something Japan was aggressively preparing for, including the use of civilians. If the Imperial Japanese were willing to fight almost to the last man on Iwo Jima and Okinawa, it is nowhere near unrealistic to multiply the casualty number by 100 in a fight for the Japanese homeland.

The alternative was far, far worse…

A battle for Japan was expected to last more than a year, well into 1947, and the military had hundreds of thousands, nearly a half-million, Purple Hearts manufactured in anticipation of the human wreckage.

In the planning of what was to be called Operation Downfall, the Army figured it would need the resources to care for and replace more than 40,000 American casualties per month in a battle that was expected to last until there were nearly 900,000 casualties, including more than a quarter-million dead or missing. And that’s just one study. 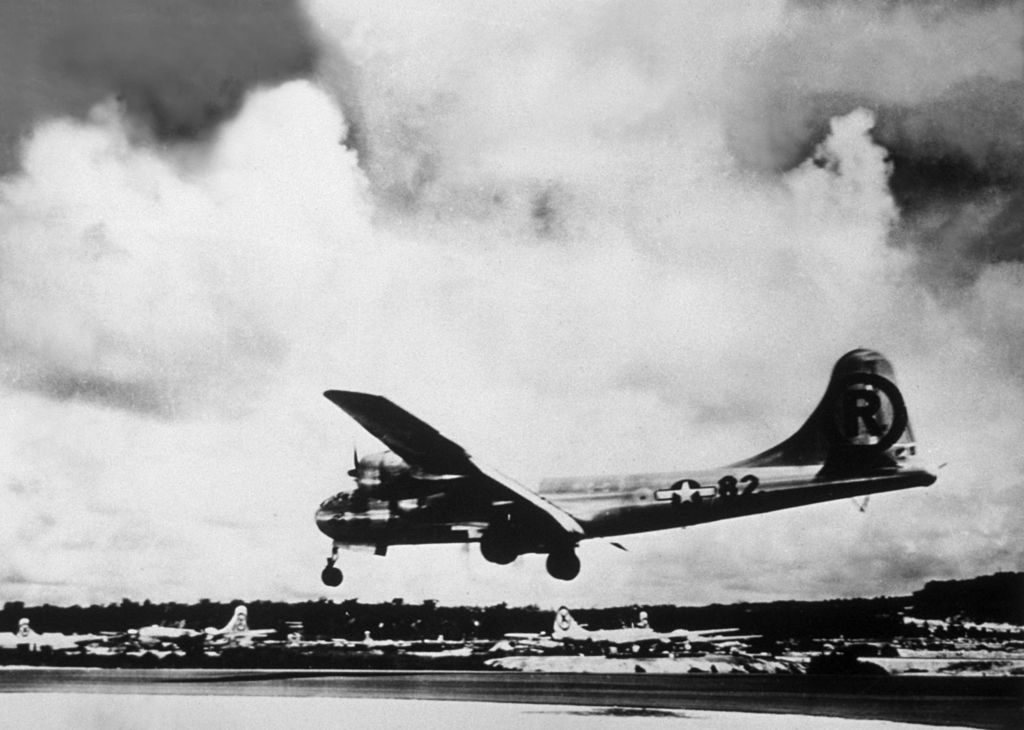 1945: The B-29 bomber ‘Enola Gay’ after bombing Hiroshima. (Keystone/Getty Images)

On the Japanese side, five to ten million were expected to die, most of them civilians.

The facts surrounding Hiroshima are indisputable, and only a blatantly dishonest and wholly ignorant liar would try to say any different.

Yes, Hannah-Jones deleted her tweet, but if she cared at all about history, she would delete her career.