Podcasting giant Joe Rogan took aim at CNN, which he called “left-wing propaganda,” for its mess over Chris Cuomo’s firing and its other “highly polarizing editorial personalities like Stelter and Don Lemon.”

After years of biased coverage of the news, Chris Cuomo went one step too far, even for CNN, by using his news resources to help his brother, Andrew Cuomo, weather multiple accusations of sexual misconduct in office. CNN finally fired Cuomo on Saturday.

Rogan slammed CNN over the whole situation. “I think CNN is realizing that their ratings are dog shit,” Rogan said.

“I personally, maybe this is just my bias, I want the news. I want objective news,” Rogan continued. “I want someone to tell me what are the facts of what’s going on? And what’s happening? I don’t want your ideological slant. I don’t want this left-wing propaganda network, which is what CNN has become.

“The way I look at CNN now is so differently than the way I looked at CNN 15-20 years ago. I used to look at them as like, this is how I get the news. This is unbiased, professional news. They’re going to tell me what’s happening in Pakistan and what’s happening in, you know, Mogadishu. These are the real journalists that are telling you the news,” he explained.

“Now, I look at them, I’m like, you fucking propagandists, like, what are you, the right arm of Pfizer?” he said. “Like what are you doing? You know? It’s just a, I think there’s a market for real news. And it’s really hard to find that now. It’s really hard, especially outside of independent sources.”
CNN initially suspended Cuomo indefinitely as it “investigated” the scandal around Cuomo’s actions. But by Saturday, the anchor was fired as rumors roiled that yet another sexual harassment accusation against the anchor had been filed at the network. 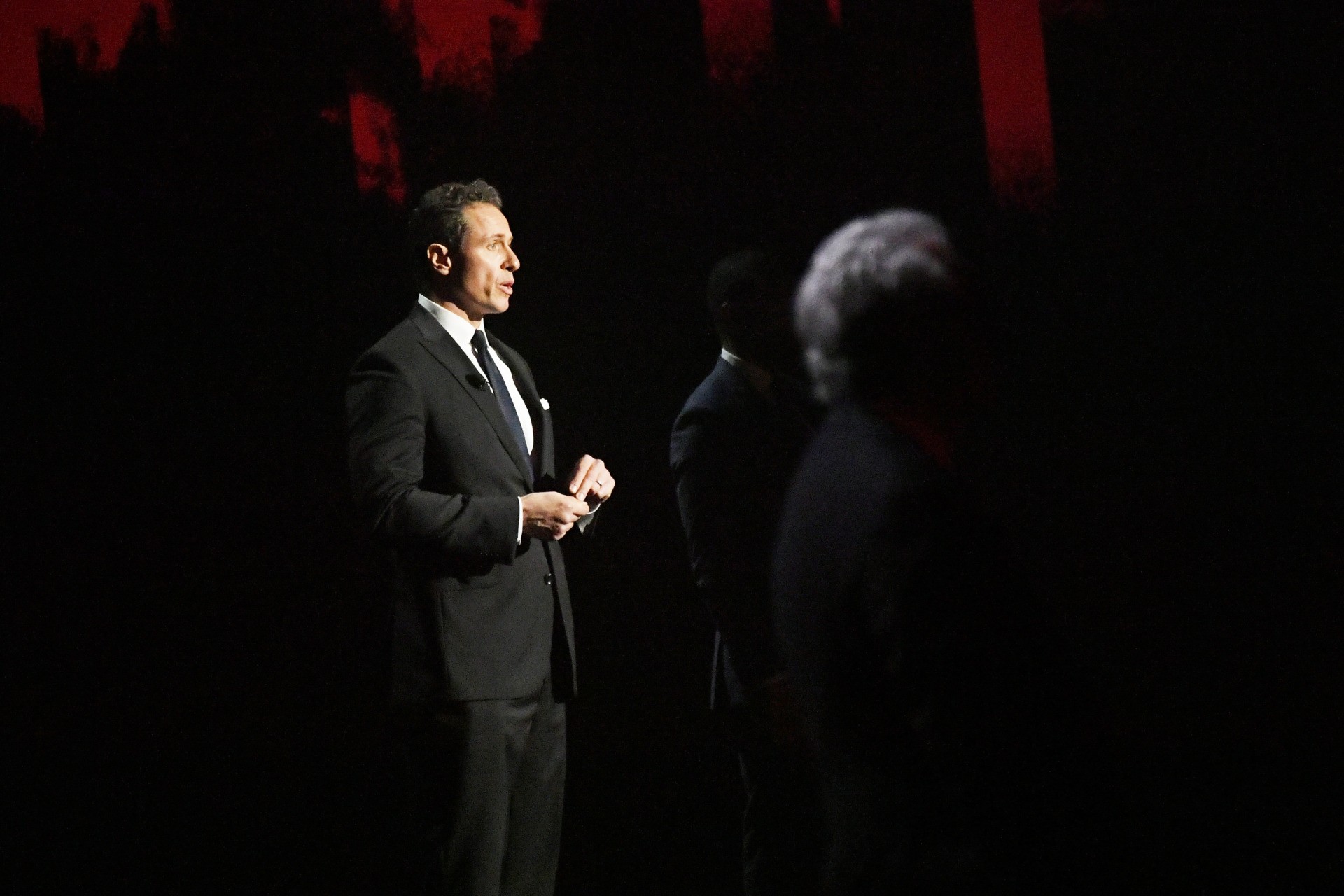 Chris Cuomo speaks onstage during the Turner Upfront 2017 show at The Theater at Madison Square Garden on May 17, 2017 in New York City. 26617_004 (Mike Coppola/Getty Images for Turner)

At least one CNN anchor took a few shots at Chris Cuomo after he was eliminated from the network. Low-rated host Brian Stelter claimed that Cuomo was a major problem behind the scenes for the network.

“I think this may be a situation where it was death by a thousand cuts, where there were just so many headaches time and time again involving Chris Cuomo that even though many viewers loved ‘Cuomo Prime Time,’ looked forward to his show, he was causing so many headaches for the network and for CNN staffers that ultimately this decision was reached,” Stelter said on Saturday.