DETROIT, Michigan — The area outside the Fox Theatre was almost completely dead on Wednesday evening, ahead of the start of the second night of the second Democratic debate — a stark contrast to the boisterous crowds on the first night.

The debate, hosted by CNN, was to feature two of the frontrunners in the race for the nomination — former vice president Joe Biden and Sen. Kamala Harris (D-CA). The weather was fine; the setup was the same as on the first night.

About a dozen supporters of Rep. Tulsi Gabbard (D-HI) milled about, as well as a few supporters of businessman Andrew Yang and Biden.

But there was nothing like the dozens of supporters who came out on Tuesday evening to support spiritual guru Marianne Williamson. And the hundreds of left-wing demonstrators who marched in front of the venue — many of them supporters of Sen. Bernie Sanders (I-VT) — were nowhere to be seen.

It was, to borrow a phrase, “low-energy.”

Yang’s campaign did succeed in festooning the barriers lining the street with posters. Some read: “There’s an Asian man running for president. He wants to give you $1,000 a month.” Others simply said, “MATH.” 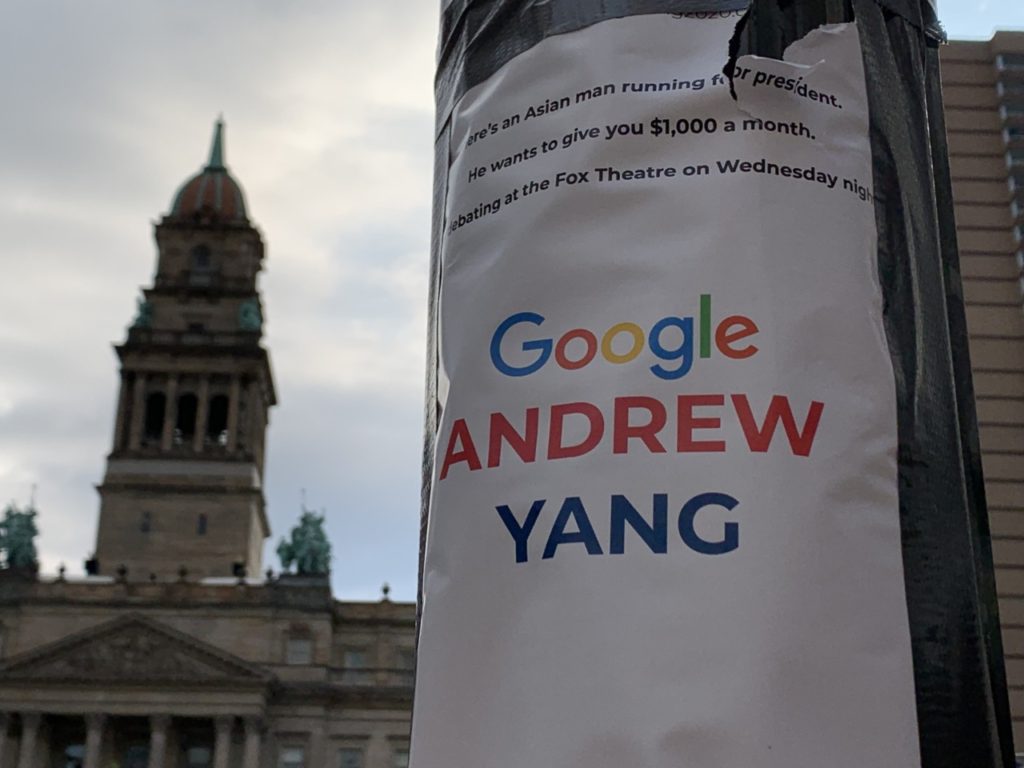 Yet there were no crowds, no bands, no provocations.

One group that made itself heard at nearby Grand Circus Park was the Police Benevolent Association of the City of New York, which came to Detroit to protest against New York City Mayor Bill de Blasio, chanting, “Worst mayor ever!” 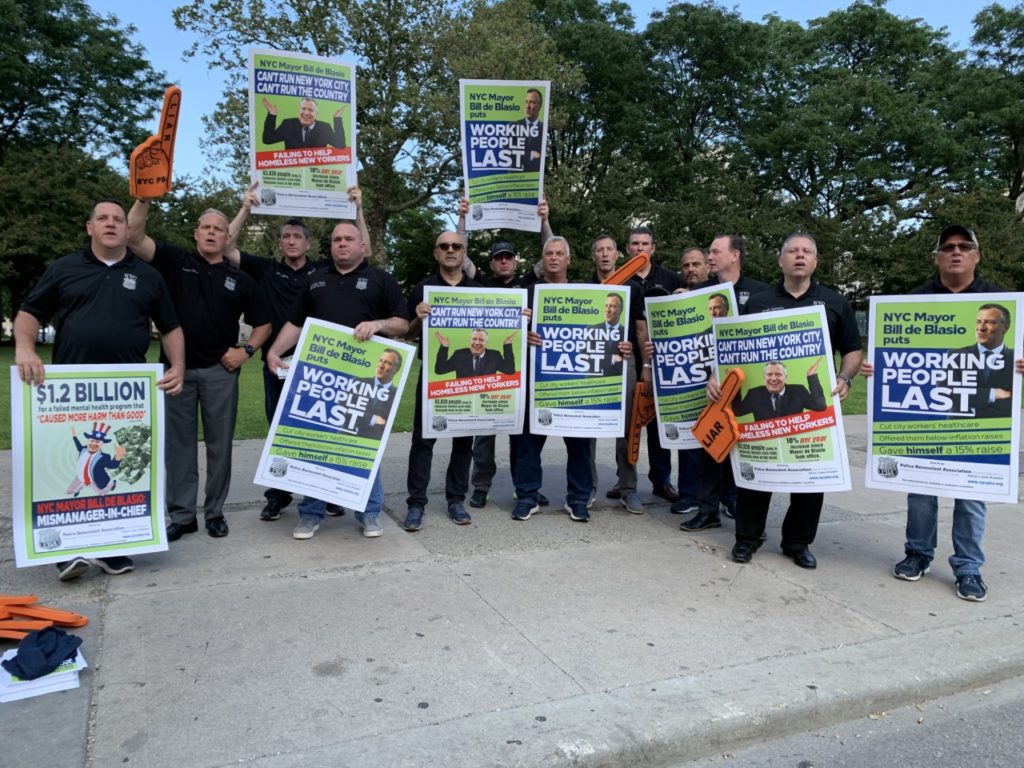 But other than that, Detroit was quiet.