The Gersons are a traditional practicing Jewish couple from New York City. According to the Christian Post, Mark, an entrepreneur, and Erica, a rabbi, have already donated millions throughout the years to Christian medical missions to fight a shortage of adequate medical care in Africa.

Gerson called the lack of proper health care in Africa “one of the most significant humanitarian problems in the world,” according to the Christian Post.

The AMH has made a significant impact on African medical care over the past 11 years. According to the Jerusalem Post, the non-profit has poured upwards of $30 million into infrastructure, training, and clinical care, which has resulted in the training of 3,000 medical workers and the treatment of 670,000 patients in 16 different African countries.

Sadly, less than 5% of African children have access to surgical care. Together with your incredible support, we are working to change that. Each surgery that is made available through your donations is changing a life and helping families stay healthy.#AMH #MedicalMissions pic.twitter.com/MPEkHifiZK

Though Gerson is a cofounder of the AMH, the $18 million donation comes from his and Erica’s personal savings account, the Christian Post reports.

“We are delighted to honor our Jewish obligation to ‘love the stranger’ by partnering with the people who do so most effectively, efficiently and devotedly: African Christian and missionary doctors working at mission hospitals in Africa,” Gerson said per the AMH website.

“The best investment that one can make, whether in a business context or non-profit context, is by supporting Christian missionary doctors working in Africa,” Gerson told the Christian Post.

A significant problem regarding health care in Africa is a shortage of specialized surgeons and doctors who can meet specific health needs that different patients might require.

“The implications of this is that if you’re a mother and you go into labor and there is anything remotely complicated, you might not be able to get a C-section,” Gerson said, according to the Christian Post. “And that’s why in Uganda and other African countries, only 20% of women who need a C-section get it, which means that 80% don’t.”

“If you need a C-section and you don’t get it, you will either die in childbirth or you will suffer a number of birth injuries,” he continued. “And this will be with the mothers for the rest of their lives until they get surgery — which she will likely never be able to do because of the lack of surgeons.”

In addition to the $18 million being donated by the Gersons, the Union Bank of Switzerland (UBS) is donating $2 million to reach a total of a $20 million donation, according to the AMH. The non-profit states that the contribution is the “largest private gift ever to Christian medical missions.” 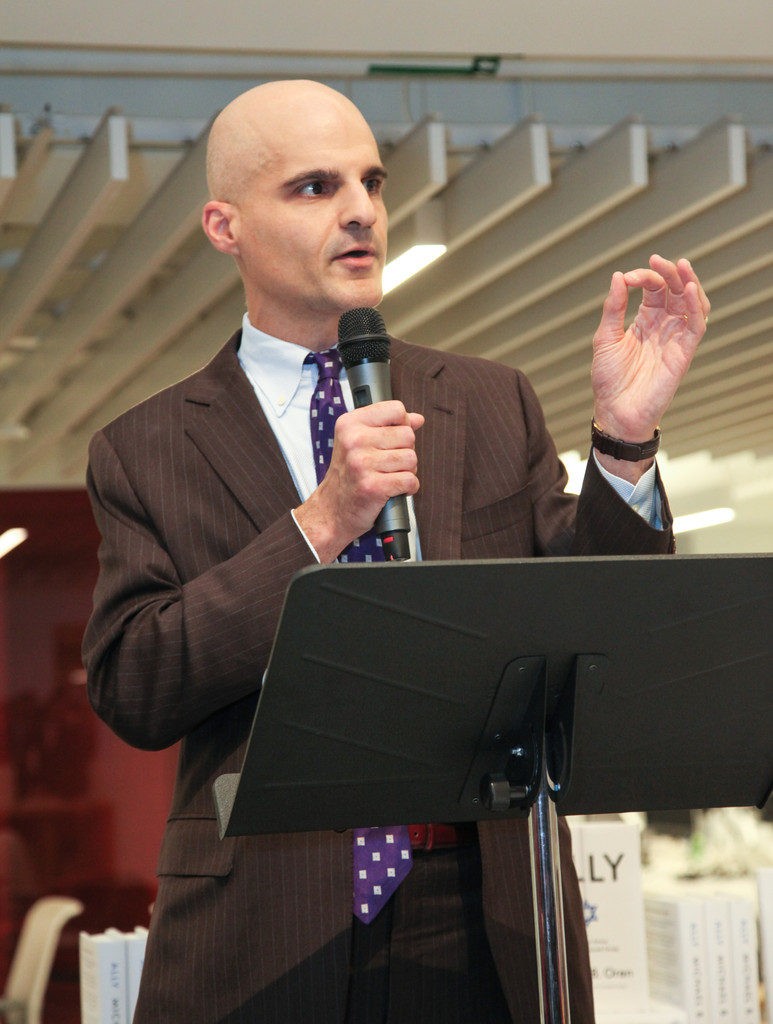 Co-founder and chairman of GLG Mark Gerson speaks during the book release party for Michael Oren’s “Ally: My Journey Across the American-Israeli Divide” at Gerson Lehrman Group on June 18, 2015, in New York City. (Photo by Donald Bowers/Getty Images for GLG)

Managing Director of the Global head of Philanthropy Services at UBS, Tom Hall, sang the praises of the work done at AMH.

“Transforming health systems that meet the needs of women, children and others at risk in Africa is also one of the critical priorities of the UBS Optimus Foundation,” Hall stated according to AMH. “African Mission Healthcare shares these same priorities, and executes with remarkable effectiveness and efficiency.”

Some funds will be made immediately available to AMH, while others will be used for donor matches.

“$11 million of this total gift will be available to AMH immediately to expand selected high-impact projects,” the AMH website states. “The remaining $9 million will be made available as a donor match in support of AMH’s Transforming Healthcare Campaign, challenging others to expand their support for AMH and its important work.”

“The first $9 million in gifts to African Mission Healthcare’s Transforming Healthcare Campaign will be matched by the funds provided by the Gersons and UBS,” according to AMH. “As a result of the match, a gift of $500,000 can add a training program that makes possible 44,000+ operations, safe anesthesia for 25,000+ surgeries, care for one million patient visits, and mentoring of 1000+ medical students and residents.”