Cyril Ramaphosa, the president of South Africa, condemned on Sunday what he repeatedly called “unjustified” travel bans on citizens of his country and its neighbors by much of the West and the Middle East in response to the discovery of a new Chinese coronavirus variant known as “Omicron.”

Ramaphosa called on nations banning South Africans from entry, including the United States, to “urgently” undo the policies before they further damage African economies already suffering direly from the two-year-old Chinese pandemic. Ramaphosa used his speech on Friday night to also announce that he would not change the current coronavirus protocol in the country and urge citizens to receive coronavirus vaccine candidate doses.

South Africa has approved the distribution of two American companies’ vaccine products – those by Johnson & Johnson and Pfizer – the product by European company AstraZeneca, and the low-efficacy Chinese “Coronavac” by Sinovac Biotech.

The World Health Organization (W.H.O.) designated Omicron a “variant of concern” last week in large part due to the discovery that it had mutated significantly more than the “Delta” variant from India, currently the most prevalent iteration of Chinese coronavirus in the United States. While W.H.O. officials have asserted they know little about the severity of disease Omicron can cause, they are worried the mutations may make it more contagious.

In his national address on Sunday night, Ramaphosa appeared to channel growing frustration in South Africa that the nation is being “punished” with travel bans for simply being the first to identify and alert the world to Omicron. Scientists believe the variant originated in Botswana before traveling to the country.

Instead of prohibiting travel, the rich countries of the world need to support the efforts of developing economies to access and to manufacture enough vaccine doses for their people without delay.https://t.co/EpfT062cmt

“We are deeply disappointed by the decision of several countries to prohibit travel from a number of Southern African countries following the identification of the Omicron variant,” Ramaphosa said. “This is a clear and completely unjustified departure from the commitment that many of these countries made at the meeting of G20 countries in Rome last month. They pledged at that meeting to restart international travel in a safe and orderly manner.”

“These restrictions are unjustified and unfairly discriminate against our country and our Southern African sister countries,” Ramaphosa continued. “The prohibition of travel is not informed by science, nor will it be effective in preventing the spread of this variant.”

The president asserted that travel bans would only “further damage the economies of the affected countries and undermine their ability to respond to, and recover from, the pandemic.” He demanded the countries banning South Africans – which he listed to his citizens – “urgently reverse their decisions and lift the ban they have imposed before any further damage is done to our economies and to the livelihoods of our people.”

“There is no scientific justification for keeping these restrictions in place,” Ramaphosa asserted, noting that the World Health Organization opposes travel bans.

Prior to Ramaphosa’s speech, the W.H.O.’s top Africa official urged countries not to ban travel out of southern Africa. 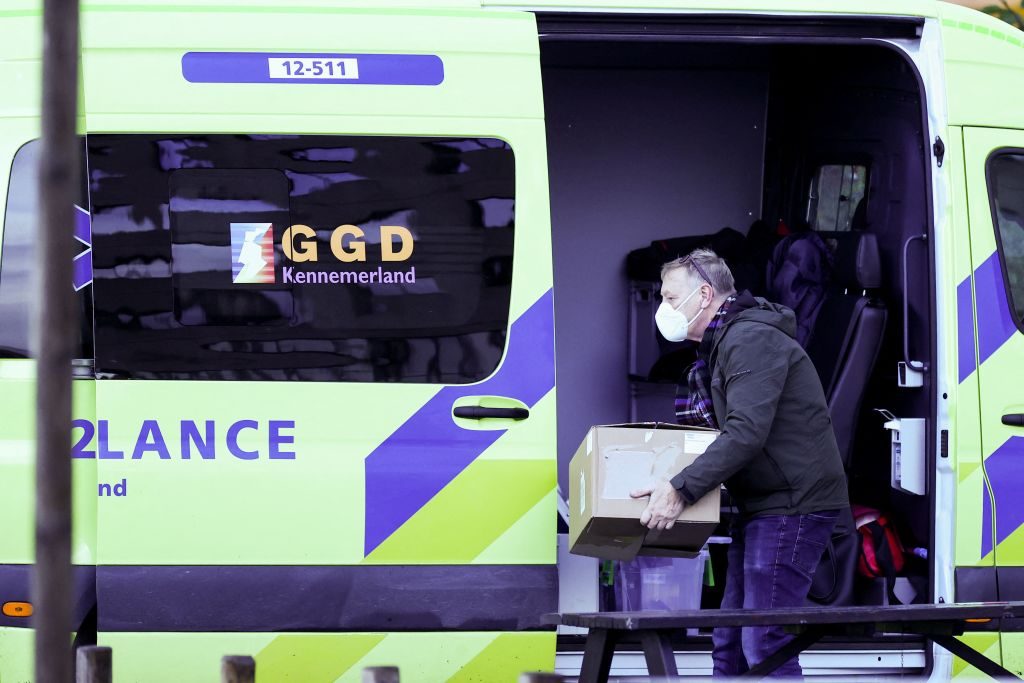 A man carries boxes from an ambulance parked in front of Ramada Hotel in Badhoevedorp near Schiphol airport where Dutch authorities have isolated 61 passengers who tested positive after arriving on two flights from South Africa on November 29, 2021. (KENZO TRIBOUILLARD/AFP via Getty)

“Travel restrictions may play a role in slightly reducing the spread of COVID-19 [Chinese coronavirus] but place a heavy burden on lives and livelihoods,” Regional Director for Africa Matshidiso Moeti said in a statement. “If restrictions are implemented, they should not be unnecessarily invasive or intrusive, and should be scientifically based, according to the International Health Regulations, which is a legally binding instrument of international law recognized by over 190 nations.”

W.H.O. Director-General Tedros Adhanom Ghebreyesus notably urged the world not to restrict travel from China in the early days of the Chinese coronavirus pandemic.

“There is no reason for measures that unnecessarily interfere with international travel and trade,” Tedros said in February 2020, less than a month after the W.H.O. falsely claimed Chinese coronavirus was not contagious.

Elsewhere in his speech, Ramaphosa applauded “the excellent work done by our scientists in South Africa” to identify Omicron, vowed the government would allow citizens to “work, travel, and socialize safely” by rejecting lockdowns and embracing vaccine mandates, and urging “rich countries” to donate vaccine doses to South Africa.

Ramaphosa noted in his speech that standard coronavirus tests appear to identify Omicron in patients despite the fact that it is significantly more mutated compared to the original or previous variants – a cause, he insisted, of relief. Omicron has reportedly been identified in patients in at least 14 countries, including in North America and Asia, and its believed high transmissibility has led some scientists to assume it has spread far wider than doctors have documented so far. 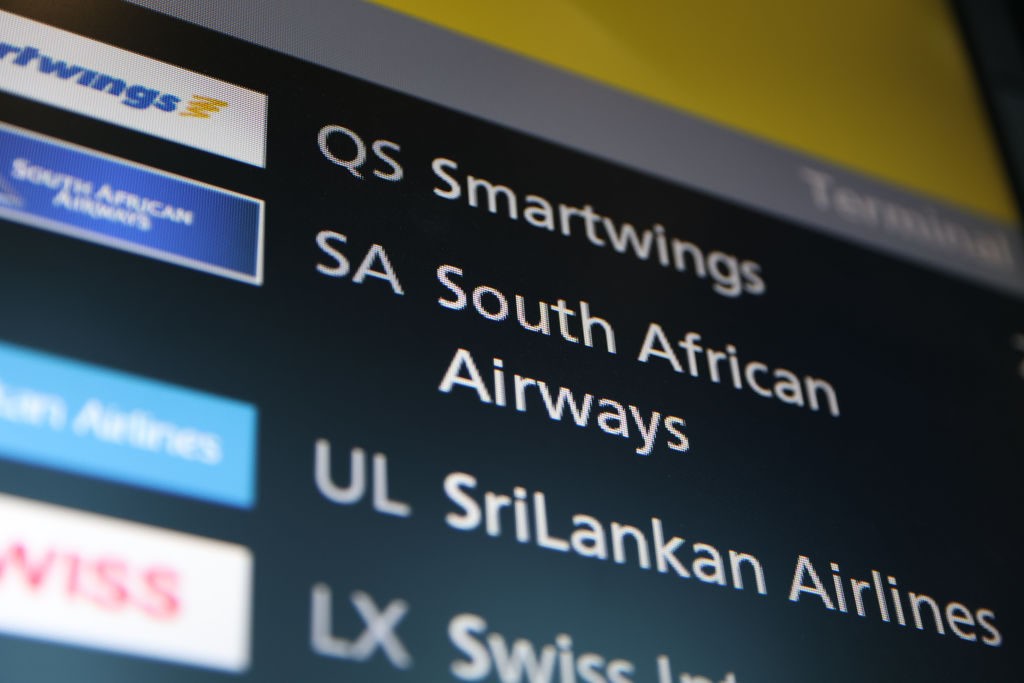 The fact that South African doctors first identified the variant has reportedly led to some grief and frustration in the country over travel bans and references to Omicron in international media as a “South African” variant. Evidence suggests it is actually from Botswana; South Africa already has a variant identified in the country, now called “Beta,” in spring 2021 which ultimately did not fuel any significant outbreaks outside of the country. South African outlets highlighted conversation on social media in which some citizens went as far as to claim that Western countries had conspired to not identify the virus and allow an underdeveloped country to do so as a way to prevent the virus from being associated with them.

As of Tuesday, South Africans can no longer enter the United States, the United Kingdom, Saudi Arabia, Qatar, the United Arab Emirates, Japan, and Australia, among other countries. President Joe Biden announced a travel ban on South Africa – as well as Botswana and several other southern African countries – last week as a “precautionary measure.” While campaigning for president, Biden identified similar restrictions enacted by predecessor Donald Trump as indicative of “hysteria, xenophobia, and fearmongering.”