Coronavirus patients are “80 percent less likely to be hospitalized if they catch the omicron variant, compared with other strains,” Bloomberg reported Wednesday, citing a study by South Africa’s National Institute for Communicable Diseases (NICD) released on Tuesday.

“Compared to delta infections in South Africa between April and November, omicron infections are associated with a 70 percent lower risk of severe disease,” the study, which was submitted to the preprint online medical publication MedRxiv on December 21, found.

Omicron is the newest known variant of “COVID-19,” which is the disease caused by a type of coronavirus known as SARS-CoV-2. Scientists discovered omicron last month, first in Botswana on November 11 and then in South Africa on November 14. European governments later admitted they had evidence of omicron infections before African scientists publicized their findings. Scientists first detected the Delta variant in India in December 2020.

“Only 1.7 percent of identified Covid-19 [Chinese coronavirus] cases were admitted to hospital in the second week of infections in the fourth wave, compared with 19 percent in the same week of the third delta-driven wave,” South African Health Minister Joe Phaahla told reporters at a press conference on December 17. 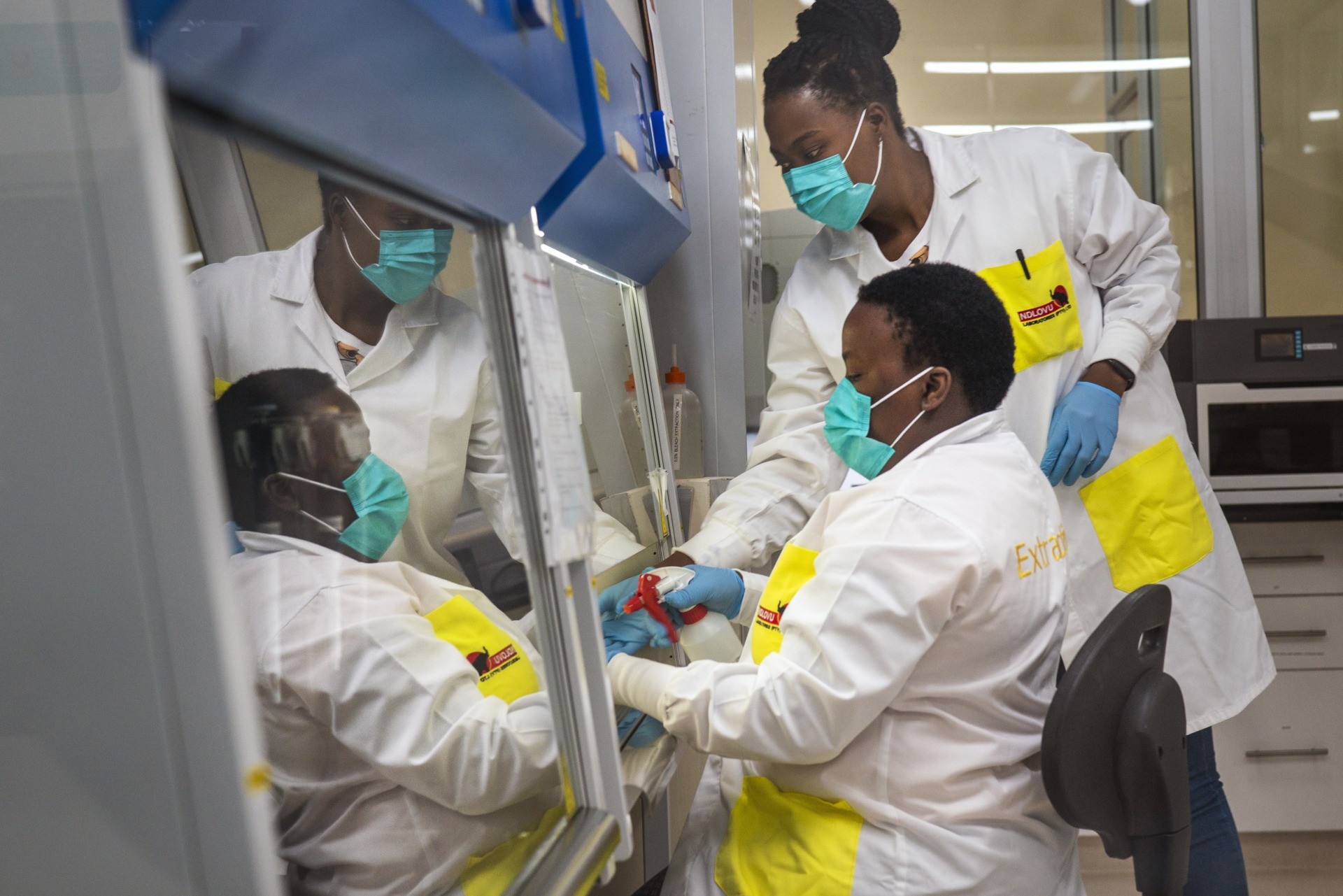 “We have seen a decrease in a proportion of people who need to be on oxygen [sic],” Jassat said.

“They are at very low levels,” she added, supporting the NICD’s findings on December 21.

Most of the data about omicron infections so far has come out of South Africa, where Johnson & Johnson and AstraZeneca coronavirus vaccines are predominantly used. Preliminary studies show these specific vaccines provide almost no protection against omicron.

The South African Medical Research Council conducted a wastewater analysis for the week ending December 10 that demonstrated “a declining proportion of viral particles for two successive weeks at the plant that treats water draining from central Pretoria,” Bloomberg reported on December 17.

The findings suggested Gauteng, the province containing Pretoria, was experiencing a steady drop in its new caseload for the disease variant after observers informally designated the province as South Africa’s omicron hotspot starting in late November.

“The volume of virus particles shed by people with Covid-19 [Chinese coronavirus] has declined for two successive weeks at the Daaspoort wastewater treatment plant, which drains central Pretoria,” the South African Medical Research Council wrote in a December 17 report.