The United Nations Emergency Relief Coordinator, Martin Griffiths, warned Monday that Somalia stands on the “brink of famine” due to the worst drought in four decades.

“One and a half million children across Somalia will face acute malnutrition” by next month, Griffiths asserted, if the situation continues unchecked.

“The unprecedented failure of four consecutive rainy seasons, decades of conflict, mass displacement, severe economic issues are pushing many people to that brink of famine,” he said in Monday’s statement. “And these conditions are likely to last through to at least March 2023.”

We are in “the last minute of the eleventh hour to save lives,” Griffiths added. “The clock is running, and it will soon run out.” 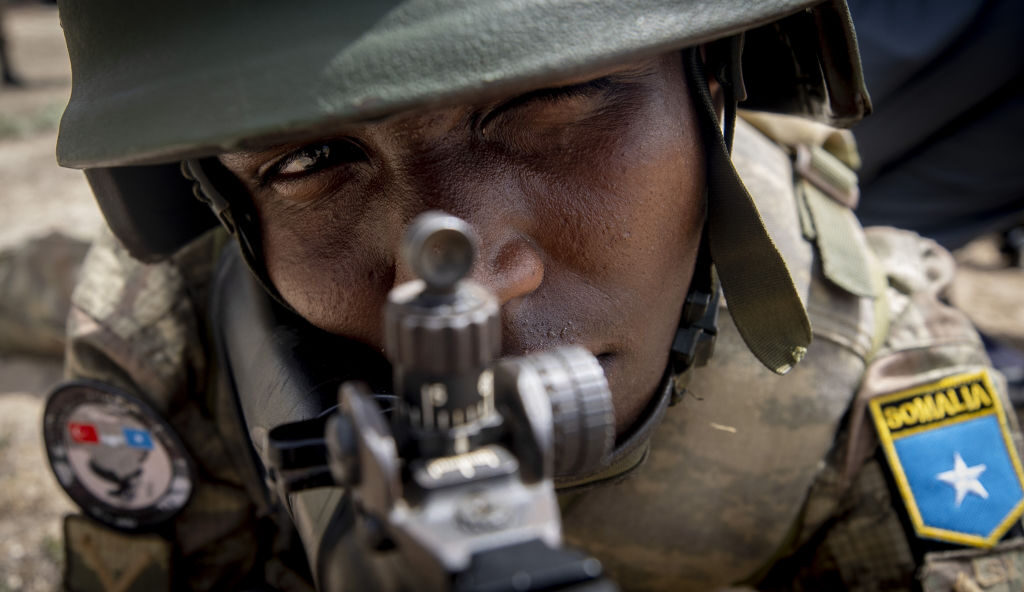 Somalian soldiers attend a military training given by the Turkish Armed Forces’s Somalia Turkish Task Force Command at the Anatolian Barracks on the coast of the Indian Ocean in Mogadishu, Somalia on May 26, 2022. (Ercin Erturk/Anadolu Agency via Getty Images)

According to the Somalia Food Security and Nutrition analysis report, also released Monday, “up to 7.1 million people across Somalia need urgent, multi-sectoral assistance in order to treat and prevent acute malnutrition and reduce the number of ongoing hunger-related deaths.”

An estimated one million Somalis have been displaced by the continuing drought, and “more than 213,000 people face life-threatening, catastrophic food insecurity,” Griffiths said in a separate advisory.

Griffiths said that lifesaving assistance including food and primary healthcare are needed desperately, but along with that investment is necessary to achieve sustainable solutions to avoid the recurrence of Somalia’s problems.

Sources of new income for Somalis are also needed to escape dependence on precarious weather conditions associated with “generations of pastoralism, depending on livestock,” Griffiths said.