The report, “Made in China 2025 and the Future of American Industry,” is direct: The People’s Republic of China intends to develop its economic might so as to dominate the world, not only economically, but also militarily and strategically.

We’ve all been following China’s relentless advances in resource-rich Africa, and we’ve also seen how China is using its Belt and Road Initiative to ensnare the world in a Chinese debt-web. And most recently, we’ve seen the emergence of Made in China 2025, Xi Jinping’s signature plan to seize the lead, by fair means or foul, in such critical technologies as robotics and artificial intelligence.

Yet now, after decades in which presidents of both parties have pooh-poohed the threat from China, Rubio has joined with President Trump, as well as other economic nationalists, in sounding the alarm. As Rubio writes:

The “Made in China 2025” industrial plan announced in 2015 by the Chinese government makes their goal clear.  China aims to become the global leader in innovation and manufacturing.

And this outcome, Rubio adds, “would be an unacceptable outcome for American workers.” And why is that? Here, Rubio’s answer is polite, but Trumpian; that is, he argues that more China-centric globalism will further hurt the American middle class:

In a globalized economy, high wages for American workers are not the natural outcome of expanding trade, especially when some trading partners do not abide by the rules that they’ve agreed to.

Economists and experts—not to mention hired-by-China lobbyists—will continue, of course, to argue Rubio’s point about wages and the world economy, but the lesson of the recent historical record seems obvious: In opening up our market to low-wage Chinese manufacturing, we transferred much of the wealth of the American middle class to China. 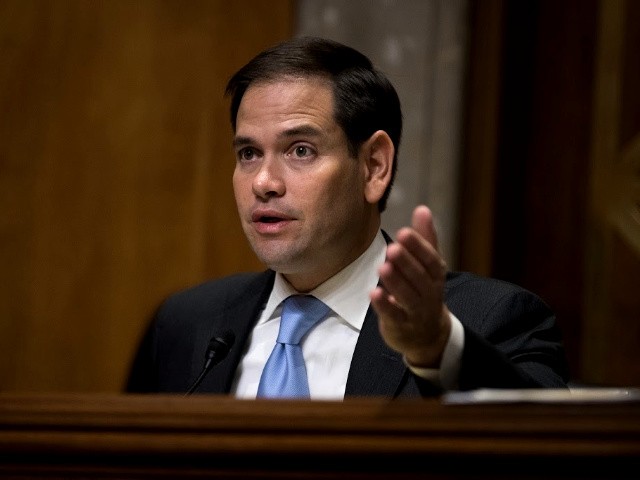 A chart on page 9 of Rubio’s report makes this point in stark terms. It shows that over the last 20 years—that is, since the U.S. really opened up to China—wages for American manufacturing jobs have lagged behind the rate of inflation, while wages for jobs in more globally oriented sectors, such as finance, have surged far ahead.

Remarkably, Rubio managed to publish this report from his perch as chairman of a relatively lowly committee in the Senate, the Small Business Committee. That is, one might have expected that such a landmark report would have come from one of the better-known committees with “turf” more obviously connected to China—but it didn’t. Rubio got it done.

Indeed, Rubio’s document shows the sort of history-minded scholarship that will help it find an audience among economists and thought leaders. For instance, Rubio cites the work of Alexander Hamilton, our first treasury secretary, whose 1791 Report on the Subject of Manufactures is rightly regarded as the founding text of American economic nationalism. In addition, the Florida lawmaker cites such influential 19th century economists as Friedrich List and Henry Carey, both of whom argued that manufacturing at home was the linchpin of American greatness.

Since the release of his report, Rubio has gone even further. The next day, February 13, he introduced the “Countering the Chinese Government and Communist Party’s Political Influence Operations Act,” which aims to galvanize the federal government’s action against China. As the legislative language says:

The Government of China and the Communist Party of China employ a wide range of political, informational, and economic measures to influence, coerce, intimidate, or undermine the United States interests or the interests of United States partners and allies.

And so, in response, the bill continues, the goal is “to create strategies to ensure that countries in Africa, the Western Hemisphere, Southeast Asia, and elsewhere are aware of China’s ‘sharp power’ and provide needed capacity to counter them effectively.”

A cynic might say that a bill calling for Uncle Sam to reorganize and “do better” is more talk than action, and yet the government runs on organizing principles. That is, someone has to set the overall direction; there are plenty of worker bees in the federal government, who will then follow orders, and implement the plan.

So the right vision at the top is, in fact, vitally important—just as the wrong vision can be disastrous. Most obviously, we followed a wrong vision in the Middle East over the past two decades; and so, we frittered away thousands of lives, and trillions of dollars, attempting to “democracy-build.” And we have little to show for it.

So now Rubio is saying that we must now shift our focus to China. It’s an essential policy pivot.

Intriguingly, for this bill, Rubio has an important Democrat co-sponsor, Sen. Catherine Cortez-Masto of Nevada, a rising star in her party. 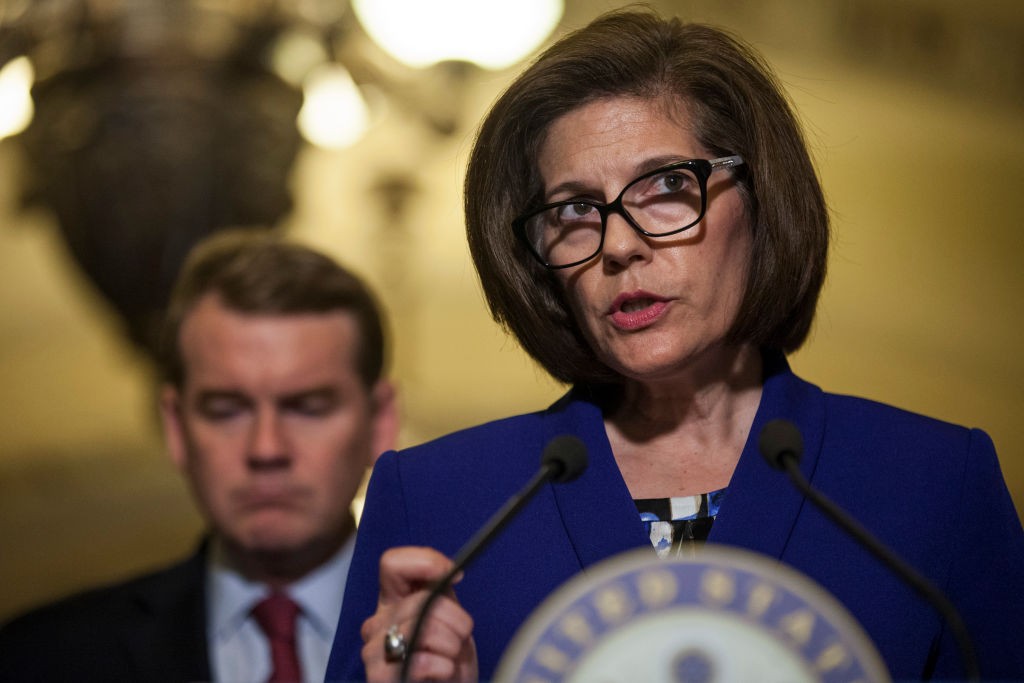 Such bipartisanship is important, because, since the 2018 midterms, Washington, DC, has become a bipartisan town. If a bill can’t get members of both parties on board, it’s not going to pass.

China is using economic inducements and penalties, influence operations, and implied military threats to persuade other states to heed its political and security agenda.

And so now this 2019 bill seeks to add congressional oomph to the efforts of the administration.

In fact, other thoughtful Democrats are joining in. Rep. Seth Moulton of Massachusetts, for instance, recently told the liberal-leaning Brookings Institution:

China’s rapid development of technology, both defence and non-defence technology … is a great concern … This is not just about China developing new types of military weapons like hypersonics, it’s also about China developing the leading technology for 5G, and setting the rules and controlling the way we communicate at home and across the world. So these are serious, serious national security concerns. We need to dramatically up our investment in autonomous hypersonic and cyberweapons to compete and win.

So we can see: In raising concern about China’s economic and military threat, Rubio is not alone. And yet by dint of hard effort, he has emerged as a key leader.