The attacks against the NBA peaked on Tuesday, when the Global Times, the most belligerent of Beijing’s state outlets, justified fanatical communists celebrating the mass murder of Americans on September 11, 2001. The Chinese Communist Party reacted with outrage to Daryl Morey, the general manager of the Houston Rockets, publishing a statement on Twitter reading “Fight for freedom, stand with Hong Kong” over the weekend.

Millions of people in Hong Kong have participated in peaceful protests against the Chinese communist regime since June, when Beijing attempted to impose a law on the city allowing it to extradite anyone present in Hong Kong for any alleged crime. Protests have continued as police employed increasingly violent measures to subdue pro-democracy activists, most recently shooting a 14-year-old present at a protest.

Hong Kong police, protesters say, have also engaged in extreme acts of sexual assault against women demanding China obey the laws of Hong Kong, which prevent it from imposing communism on the region.

Since the tweet, Morey was forced to delete the message and issue an effusive apology. The NBA itself also begged Beijing for forgiveness, but Chinese outlets continued to attack the NBA, canceled national broadcasts of promotional games in the country, and urged fans to abandon the NBA generally.

The outrage abruptly disappeared from the front page of the English-language Global Times on Friday, replaced by an article insulting President Tsai Ing-wen of Taiwan as “ridiculous,” crowing about eliminating the United States in an article about the “Asian century,” and a piece claiming China will soon dominate the world’s skies. 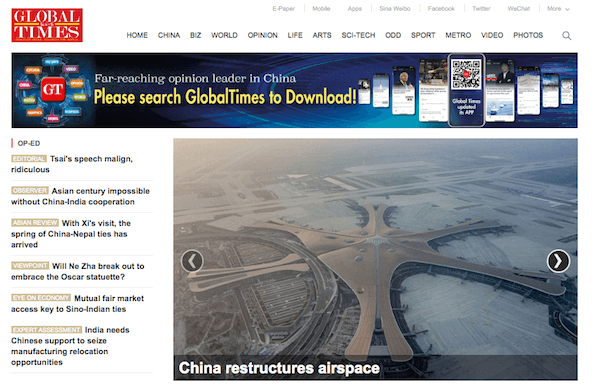 The other two largest Communist Party newspapers for Anglophone consumers in the country, the People’s Daily and China Daily, only appeared to note the NBA scandal in passing. The People’s Daily published a three-page article on Thursday calling for “mutual respect” between China and the United States, but also dismissing the NBA apologies as illegitimate. The piece was penned by “a graduate student in public policy at Harvard Kennedy School,” a Harvard school frequented by international elites who could not attend the Faculty of Arts and Sciences programs.

China Daily only published one political cartoon on Thursday, of the NBA logo holding a bomb. 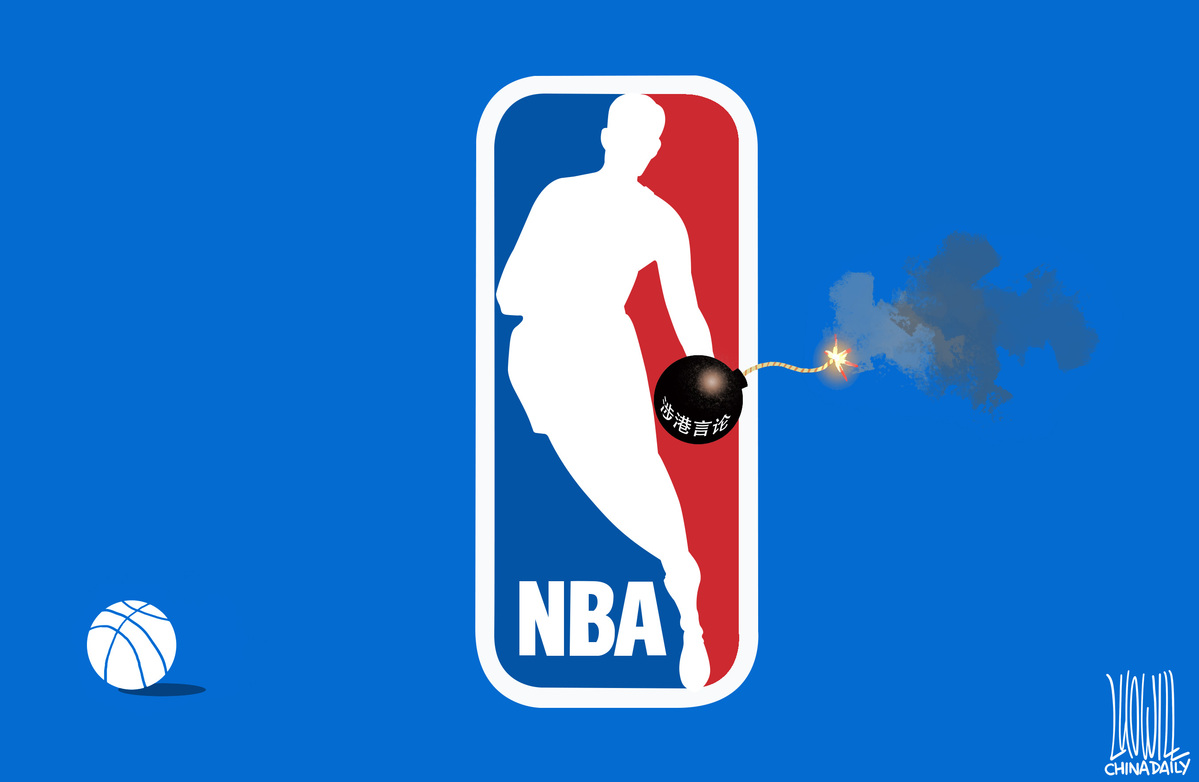 The Chinese Foreign Ministry’s spokesman on Friday, Geng Shuang, attempted to treat the NBA scandal as exhausting and unimportant – a significant change in tone from the elevated insult that characterized Beijing’s response to a tepid statement of support for democracy.

“I’ve responded to NBA-related questions in the past few days,” Geng sighed. “I’d like to reiterate that no matter it’s in China, the US or anywhere else, an important prerequisite for exchange and cooperation is mutual respect.”

“As I said yesterday, we will continue to interact with the international community with an open and inclusive mind on the basis of mutual respect, equality and mutual benefit. Foreign institutions and individuals are as always, welcome to China for exchange and cooperation,” he concluded.

The New York Times, a publication ideologically simpatico with China’s state media outlets, revealed on Thursday that the heads of those media outlets had warned reporters to tone it down against the NBA because Americans’ outrage at the NBA ceding to Chinese authoritarianism had become more of a financial threat than the fabricated communist outrage in China.

“The government is already in a bruising trade war with the United States, and a backlash against China could hurt its image in the sporting world ahead of the 2022 Winter Olympics near Beijing,” the Times reported. “The dispute with the N.B.A. was also quickly politicizing an audience of sports fans who would not normally focus on issues like the protests in Hong Kong.”

“I think this issue will gradually de-escalate — Global Times will not push to keep it hot,” the editor-in-chief of the Global Times, Hu Xijin, told the New York Times. The Times suggested Hu was not alone: “Editors at state news outlets have told reporters to avoid emphasizing the N.B.A. issue for fear that it might become overheated, according to interviews with three journalists on Thursday.”

China also appeared to keep the NBA scandal from trending on Weibo, its pet social media outlet, where users were openly celebrating 9/11 days before as a means of insulting the NBA.

“The protests may cause high-profile athletes and their fans around the world to pay attention to the Hong Kong protests for the first time, and their sympathies might lie with the protesters instead of Beijing, one of the two people said,” the New York Times added.

The NBA’s decision to submit to the will of the Communist Party triggered an immediate backlash in the United States. A host of bipartisan members of Congress condemned the league. Senator Marco Rubio (R-FL) called the move “disgusting,” echoing the sentiments of several Democratic candidates for president – a rarity in American politics.

While Chinese basketball fans largely ignored the scandal, filling stadiums at home and effusively cheering the American teams on, American fans showed up to counterpart exhibition games against Chinese teams ready to protest not just for the Hong Kong freedom movement, but on behalf of the ethnic Uyghur minority, millions of members of which China has placed in concentration camps.

On both Tuesday and Wednesday night, NBA security confiscated signs at basketball games reading “Free Hong Kong” and warned individuals wearing pro-Hong Kong t-shirts not to disrupt the game. Security also confiscated a sign from a group at a game Wednesday reading “Google Uyghurs,” encouraging people to become aware of the attempted genocide by the Chinese Communist Party against the Uyghur people. NBA security claimed the sign was “political” – which the NBA does not ban from stands – but did not explain how acknowledging the existence of the Uyghur people was a “political” statement.

Americans continued to vent frustrations with the NBA, and tempers flared once again, following censorship of a CNN reporter in China who asked Rockets players James Harden and Russell Westbrook about the Morey tweet. Reporter Christina Macfarlane did not ask the players to comment on China, but rather if they would consider silence on other social or political issues as a cautionary measure following the Morey controversy. An NBA staffer prevented the players from answering the question.