Afghanistan’s celebrated free press and media industry has been transformed due to the Taliban terrorist group’s takeover of the country.

“Now, its survival is threatened by physical assaults, self-censorship and a dwindling journalist population less than a month after the Taliban seized control of Kabul, the capital, and began enforcing their hard-line Islamist policies,” the New York Times reported Saturday.

Two Afghan journalists recently suffered a severe beating and were also detained by the Taliban for reporting on a protest in Kabul.

“The situation of free media is very critical,” Neda, an anchor for a television station in the capital and identified only by her nickname, said. “No one dares to ask the Taliban about their past wrongdoings and the atrocities they have committed.” 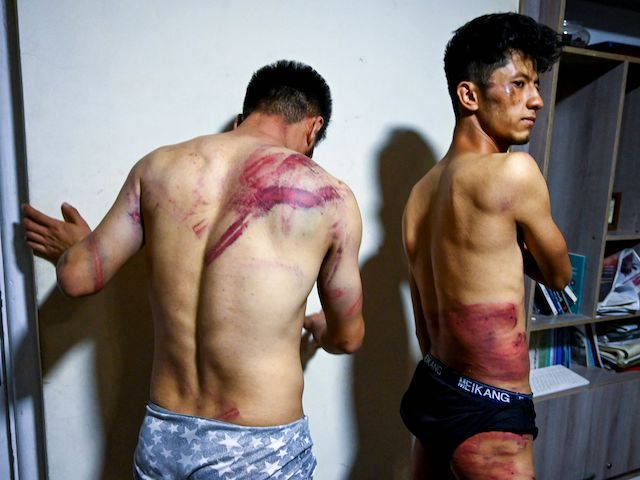 In this picture taken on September 8, 2021, Afghan newspaper Etilaat Roz journalists Nematullah Naqdi (L) and Taqi Daryabi show their wounds in their office in Kabul after being released from Taliban custody. Two Afghan journalists have shown off ugly welts and bruises after being beaten and detained for hours by Taliban fighters for covering a protest in the Afghan capital. (Wakil Kohsar/AFP via Getty Images)

The Taliban haven’t yet issued any specific instructions for the media, but they have said all Afghan outlets should reset their coverage based on Islamic laws and national interests, both vaguely defined terms that could easily pave the way for the persecution of journalists critical of the new government.

After the previous government collapsed in mid-August, hundreds of media workers, including dozens of journalists, fled the country, according to The Times’s own count. More than half of Afghanistan’s media organizations have halted operations because of safety concerns, an uncertain future and financial problems, said Ahmad Quriashi, director of Afghanistan Journalists Center, a media support organization.

Now, Afghan media may not be able to get back on its feet or regain the freedom enjoyed in previous years.

“Everything changed overnight for the media” after the Taliban regained power, according to Quriashi, even though the group vowed to preserve the free press. 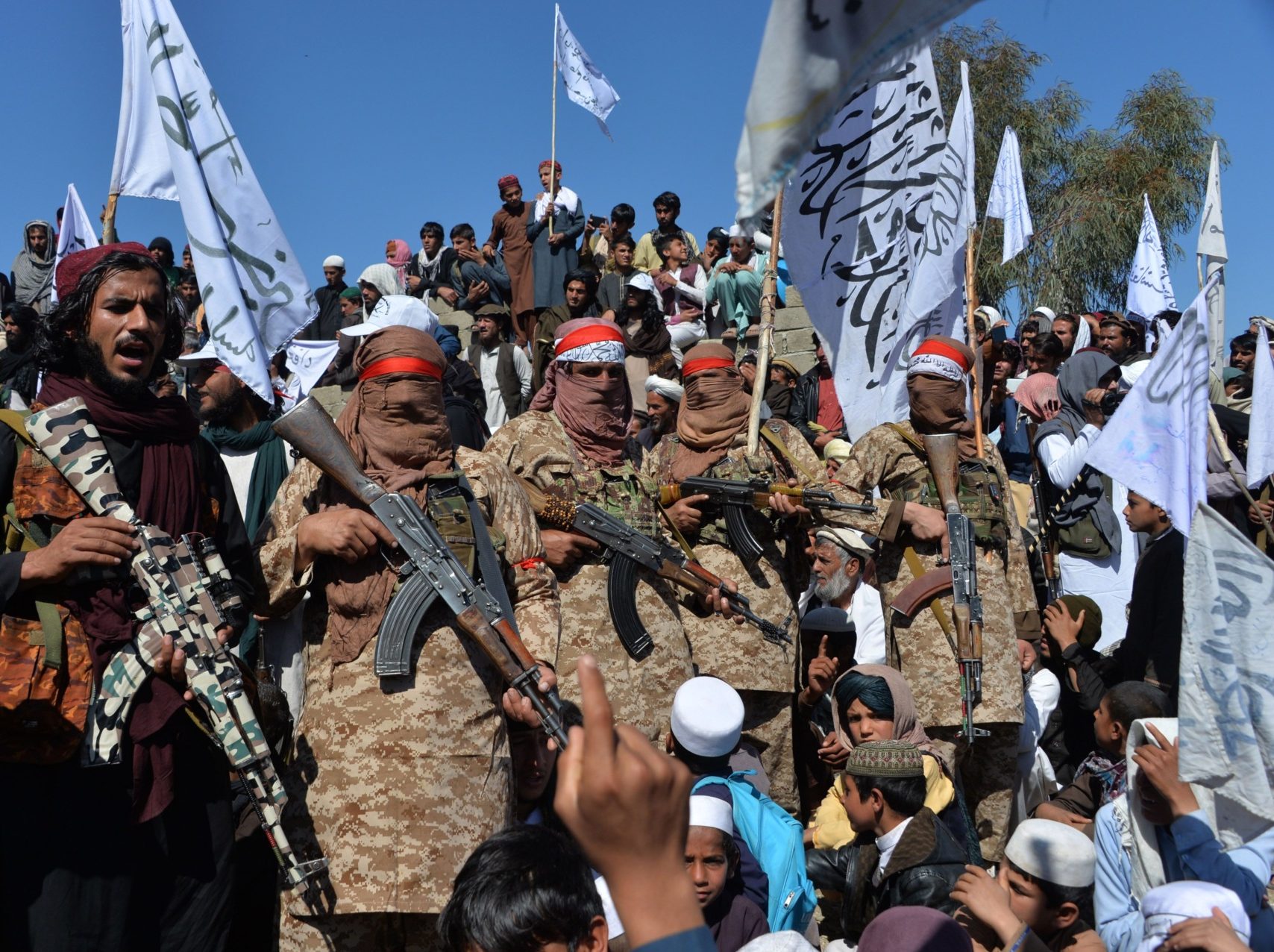 Afghan Taliban militants and villagers attend a gathering as they celebrate the peace deal and their victory in the Afghan conflict on US in Afghanistan, in Alingar district of Laghman Province on March 2, 2020. – The Taliban said on March 2 they were resuming offensive operations against Afghan security forces, ending the partial truce that preceded the signing of a deal between the insurgents and Washington. (Photo by NOORULLAH SHIRZADA/AFP via Getty Images)

Afghan news network Pajhwok reported the country lost 27 media outlets, including television and print/online media, since the Taliban took over on August 15.

“The publications and broadcasters identified may be among hundreds of journalistic organizations in the country that will not survive the terrorist group’s installation as the de facto government of Afghanistan,” according to Breitbart News.