America’s “One China Policy,” which acknowledges Communist China’s claim of authority over Taiwan, was conceived nearly a half-century ago by President Richard Nixon as a way to drive a wedge between Mao’s China and the now-defunct Soviet Union. It became a reality under President Jimmy Carter, who recognized Beijing in 1979 and cut off formal U.S. ties with Taiwan – without the approval of Congress.

The policy is a relic of a bygone era. It is also proving to be a spectacular failure – something that becomes more apparent with each passing day.

America’s decision to cement ties with the People’s Republic of China was predicated on Beijing’s commitment to resolve its differences with Taiwan peacefully. But you’d never know it from watching the evening news. More than 40 years on, China’s People’s Liberation Army aircraft breach Taiwan’s air defense identification zone on an almost daily basis and Beijing’s state-run propaganda outlets routinely threaten to “destroy” the island democracy – ignoring the foundational assurance on which the U.S.-China relationship is based. 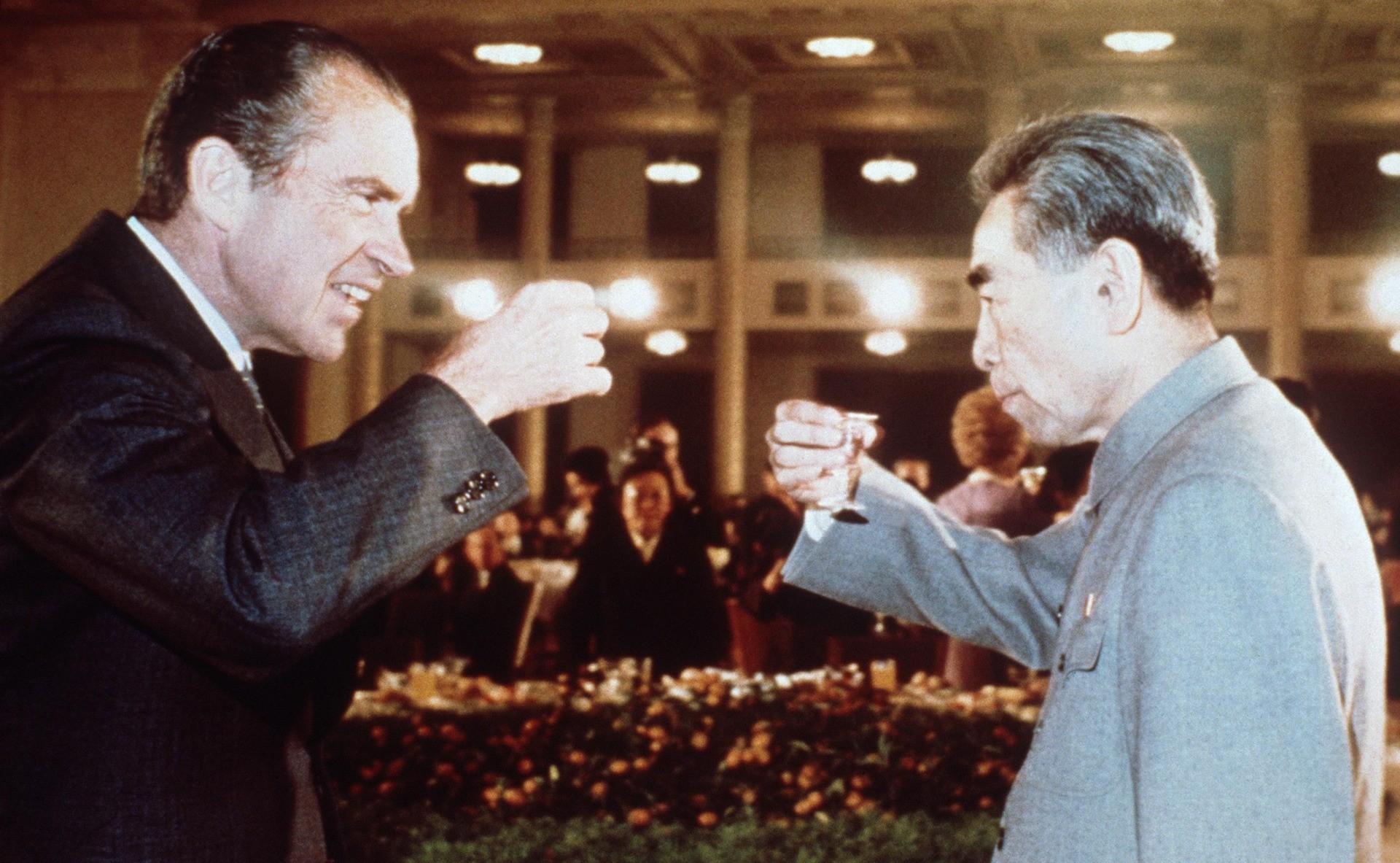 This troubling “bipartisan” trend set in motion by Carter and Nixon was accelerated by President Bill Clinton who backed preferential “Most Favored Nation” trade status for China. It was then supercharged with Beijing’s accession to the World Trade Organization under President George W. Bush.

The results have been as predictable as they have been disappointing. We’ve seen a parade of multinational corporations, financial institutions, Hollywood actors, and even American sports superstars joining a shameless stampede to see who can pander most effectively to a regime that is the reigning world champion of predatory economic behavior, human rights abuses, and even genocide. These well-heeled, politically-connected institutions also exert pressure on this side of the Pacific – ironically carrying the Chinese Communist Party’s water in Washington, DC. 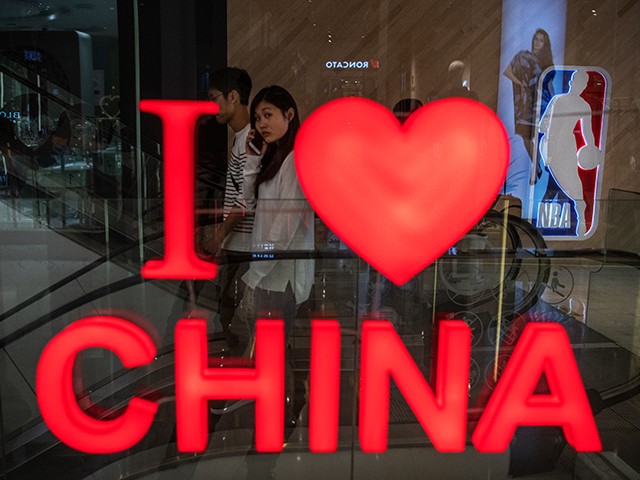 A display is seen near a logo outside the NBA flagship retail store on October 9, 2019 in Beijing, China. (Kevin Frayer/Getty Images)

That is the bad news.

The good news is that in recent years, American policymakers have begun to recognize the shortcomings of this outdated policy and taken steps to try and correct course – lifting restrictions on high-level communications between U.S. and Taiwanese officials, supporting Taiwan’s participation in international forums, sending a cabinet-level U.S. delegation to Taiwan for the first time in decades, and even dispatching U.S. Marines to help train Taiwanese military personnel. 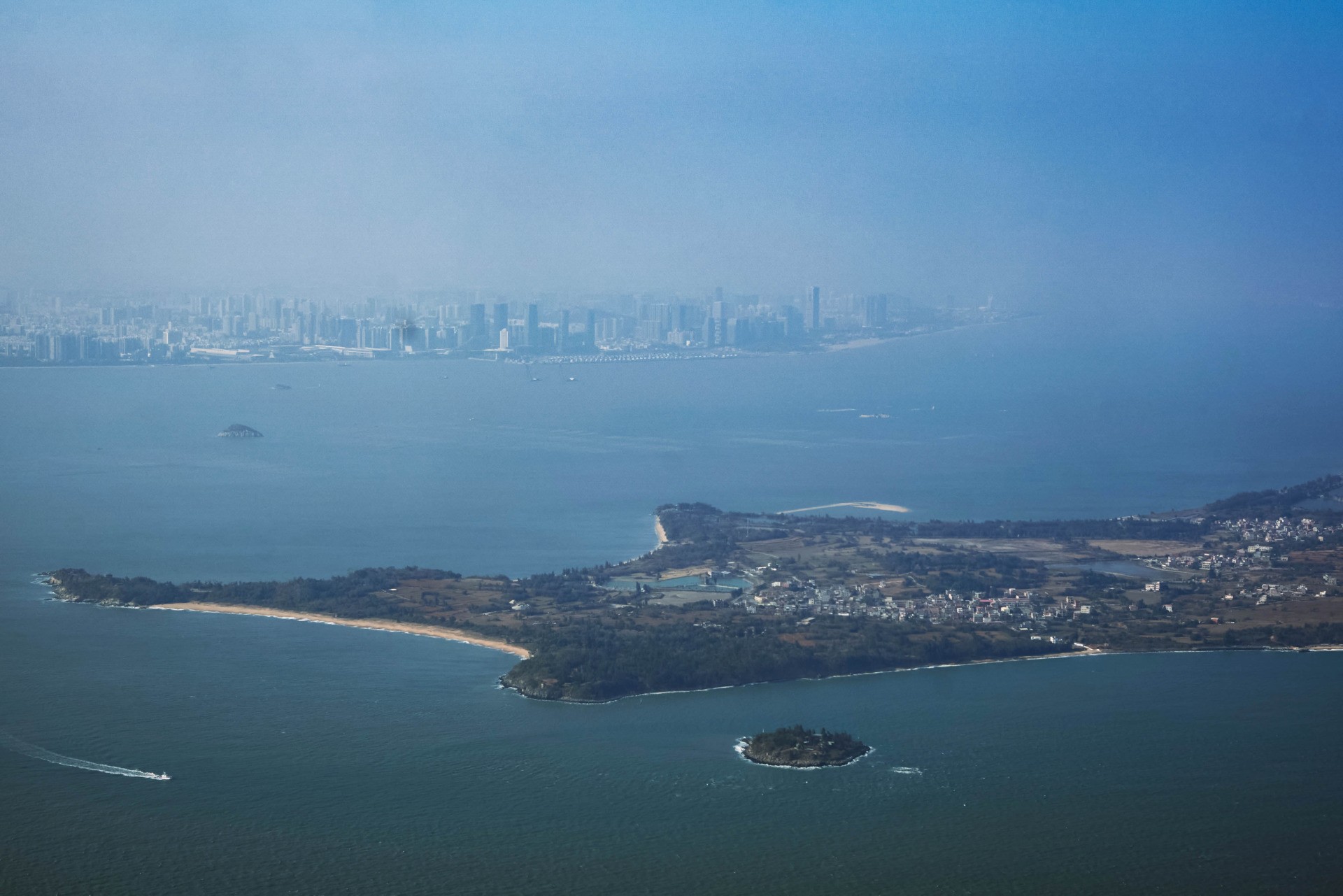 A view of the South China Sea between the city of Xiamen in China, in the far distance, and the islands of Kinmen in Taiwan, in the foreground, on February 2, 2021. (An Rong Xu/Getty Images) 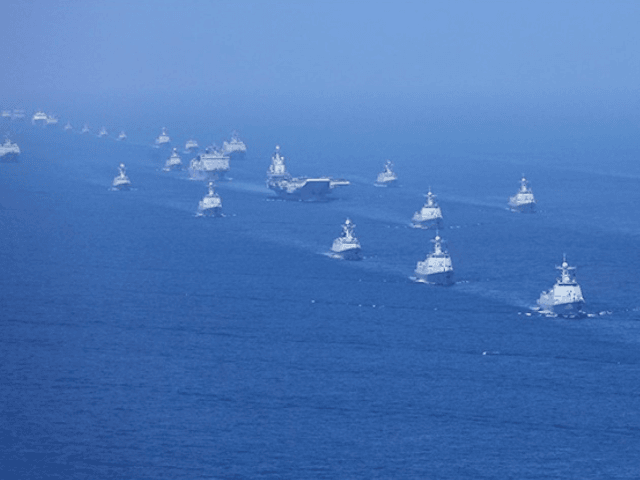 China’s Liaoning aircraft carrier is accompanied by navy frigates and submarines conducting an exercises in the South China Sea in this photo released on April 12, 2018. China announced live-fire military exercises in the Taiwan Strait amid heightened tensions over increased American support for Taiwan. (Li Gang/Xinhua via AP) 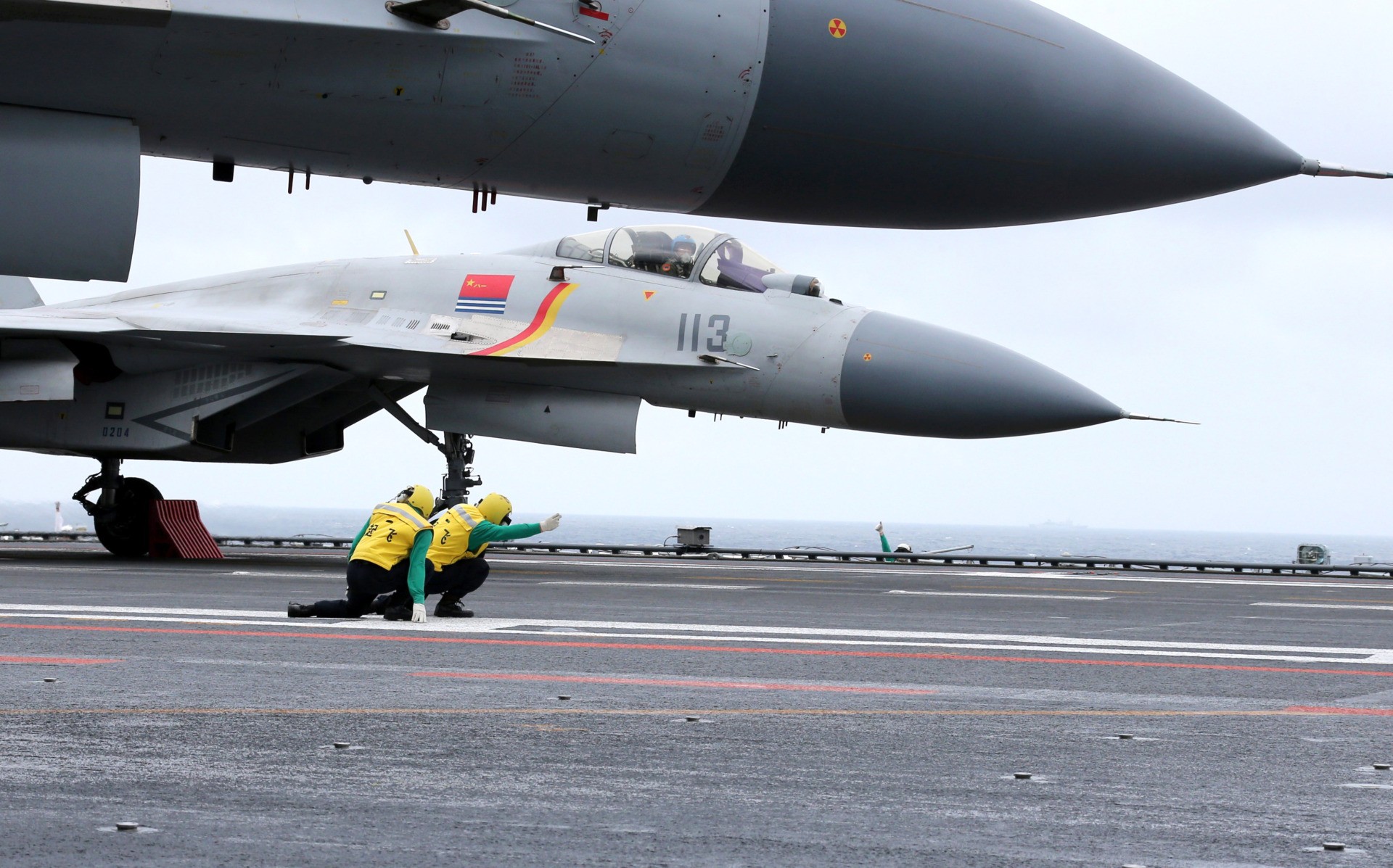 Chinese J-15 fighter jets on the deck of the Liaoning aircraft carrier during military drills in the South China Sea on January 2, 2017. (STR/AFP via Getty Images)

The U.S. has also encouraged the handful of countries that maintain formal ties with Taiwan to keep them – most recently in Honduras, where a November election in which the question of abandoning Taiwan for China featured prominently. Unfortunately for Taiwan, the U.S. and the people of Honduras, the left-wing, pro-Beijing candidate appears to have won that contest.

This is hardly a surprise. So long as the U.S. asks cash-strapped governments in developing countries to stick with Taiwan when America itself refuses to do so, back-channel U.S. diplomacy on behalf of Taipei will continue to lack any real credibility. And what happened last month in Honduras will continue to repeat itself until Taiwan – a key democratic partner and global semiconductor powerhouse – finds itself completely isolated. Such an outcome would be disastrous and one none of us can afford.

Taiwan’s exclusion from the international community is not an academic issue and has already inflicted substantial real-life harm. Recall that Taiwan tried to warn the World Health Organization (WHO) in late 2019 about human-to-human transmission of a new, previously unknown coronavirus. But because Taiwan is excluded from the WHO thanks to relentless and irrational Chinese bullying, that warning went unheeded, and we have been living with the consequences ever since. 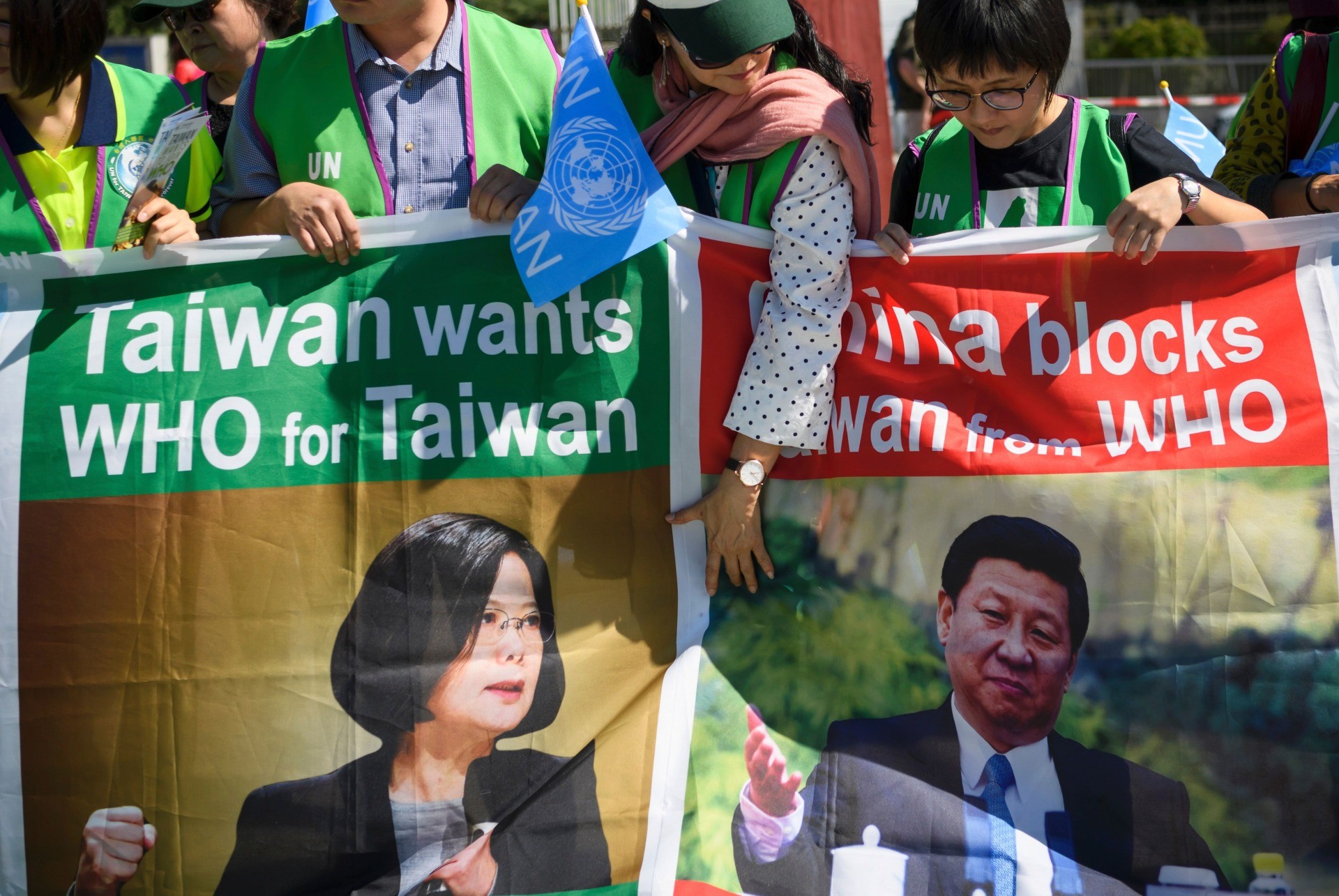 Pro-Taiwan protesters demonstrate outside of the United Nations offices on the opening day of the World Health Organization’s annual meeting, on May 22, 2017, in Geneva. Despite impassioned pleas from several countries, the WHO’s annual assembly refused to even discuss admitting Taiwan to the meeting, in a move hailed by China. (FABRICE COFFRINI/AFP via Getty Images)

The world has changed substantially since Jimmy Carter was in the White House, and so should America’s hopelessly antiquated and counterproductive “One China Policy.” That is why I’ve introduced legislation calling on President Biden to abandon the “One China” lie, support Taiwan’s membership in international organizations, negotiate a free trade agreement with Taiwan, and finally normalize relations between our two countries.

It is long past time for the United States to lead by example and formally recognize Taiwan for what it is: a democratic and independent nation.