His policies had their critics, especially toward the end of his record-setting term in office, but there is little dispute that he brought Japan out of a 20-year funk.

When Abe began his second stint as prime minister in 2012, Japan was reeling from a series of three great economic setbacks. The first occurred in 1992, when Japan’s “asset bubble” popped.

Credit was easy to come by in the boom economy of the 1980s, so investors went on shopping sprees for stocks and real estate. When interest rates skyrocketed at the end of the decade, the stock market crashed, but because real estate remained so valuable in the small and crowded island nation, monetary policy was not adjusted quickly enough. The only thing that could hurt Japanese real estate would be a massive earthquake – and Japan had one of those in 2011.

When the bubble finally burst, Japanese workers saw their real income decline as quickly as the stock market had. This set the stage for the “Lost Decade” of the 1990s, a decade of steady decline in values and incomes, while Japan’s GDP hovered at near-zero growth, with a few contractions along the way. The weary Japanese then got to enjoy the same 2008 financial crisis that panicked the rest of the world.

Abe Shinzo was first elected prime minister in 2006 at just 52 years of age, making him the youngest person to hold the office. He served only one year before resigning suddenly in 2007, announcing that he was battling ulcerative colitis, an incurable bowel disease.

He made a surprising comeback in 2012 and wound up serving three more terms before once again resigning in 2020 for health reasons, a year after his final re-election. Abe’s run is all the more impressive when remembering that some of his predecessors did not complete a single year in office. His immediate successor and close friend, Suga Yoshihide, stepped down during his 12th month in office, joining the impressive list of political careers devoured by the Wuhan coronavirus. 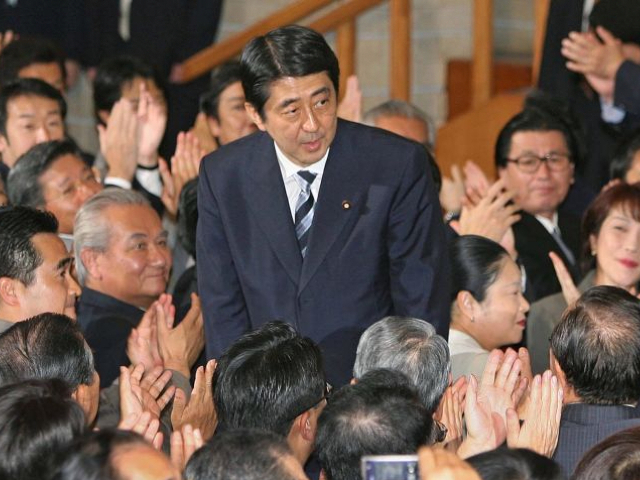 Abe held his seat long enough to implement a bold package of reforms. “Abenomics,” as his plan came to be known, was described as a quiver with three “arrows” – aggressive monetary policy, increased government spending, and structural reforms designed to encourage economic growth.

Abe spent billions of dollars on infrastructure projects, economic stimulus, and public assistance programs. His monetary policy involved the Bank of Japan (BOJ) buying up assets on a massive scale and increasing the money supply, a strategy widely known as “quantitative easing.” The general idea was to get the economy moving again by increasing the apparent value of assets to make them attractive, and then ensuring investors had enough money to buy them.

Abe’s structural reforms, the much-debated “third arrow,” were intended to grease the wheels for stagnant Japanese businesses by slashing red tape, reducing corporate overhead, and increasing the size of Japan’s workforce in defiance of its notorious demographic death spiral.

Part of Abe’s strategy for boosting the workforce involved encouraging more women to work, an achievement for which he was alternately praised and teased. Critics derisively referred to his “womenomics” strategy, and while the number of women working in Japan did indeed rise quite sharply – Abe boasted Japan’s female employment rate sometimes exceeded that of the United States under his administration – his detractors said the quality of the jobs available to women remained poor, with few of them rising to top management levels. 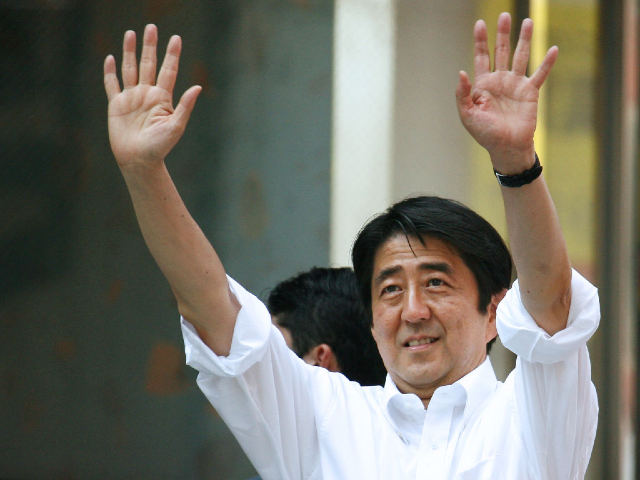 FILE: Shinzo Abe, Japan’s prime minister and leader of the Liberal Democratic Party (LDP), waves as he arrives for a campaign rally for the upper house elections in Tokyo, Japan, on Saturday, July 28, 2007. Abe – Japan’s longest-serving premier and a figure of enduring influence — died after being shot at a campaign event on Friday. July 8, 2022, in an attack that shocked a nation where political violence and guns are rare. Photographer: Tomohiro Ohsumi/Bloomberg

Reviews of Abenomics are mixed when considering the full sweep of Abe’s time as prime minister. Abe was able to snap Japan out of its daze during his first comeback term in 2012, as his administration’s official summary of Abenomics attests. GDP began growing again, corporate profits and investment rose, and tax revenues increased from a revived economy.

Interestingly, the official summary of Abenomics lists demographics as the top hurdle that needed to be overcome, not the asset depreciation or stagnation that paralyzed the economy before Abe took office. Japan’s population is still shrinking and aging at one of the fastest rates in the world, but Abenomics defenders say the program deserves credit for ameliorating the effect of a declining youth population on the economy.

Abenomics became less successful, and less popular, after the initial reawakening of the Japanese economy. Abe never came close to reaching his ambitious growth targets, and GDP only grew by about one percent on average during his years in office, but at least it stopped shrinking. Deflation remained stubbornly higher than Abe wanted, while wages remained lower. Japan was wobbling on the edge of a recession when the coronavirus arrived.

“The lack of will to implement the third arrow of economic and trade reform, as Japan fell back into entrenched ways, meant the other arrows only really managed to keep the lights on through the 2010s,” market analyst Jeffrey Halley remarked to Al Jazeera on Friday when summing up Abe’s legacy.

“Inflation is still non-existent, government debt is much higher, and Japan’s trade barriers and corporate governance remain as intractable as ever. The lack of progress was not down to Abe being wrong strategically, rather it was his failure to overcome entrenched domestic interests and governmental inertia to fully embrace and execute all the arrows,” Halley said.

The Asia Times on Friday advised current Prime Minister Kishida Fumio to “reboot” Abenomics and “accelerate the economic reforms Tokyo has been slow-walking since 2012.”

Kishida would need to move quickly if he took that advice, because one of his primary instruments for economic stimulus, the immense Government Pension Investment Fund (GPIF), is starting to lose money – and the jittery world economy offers few safe havens for investments. 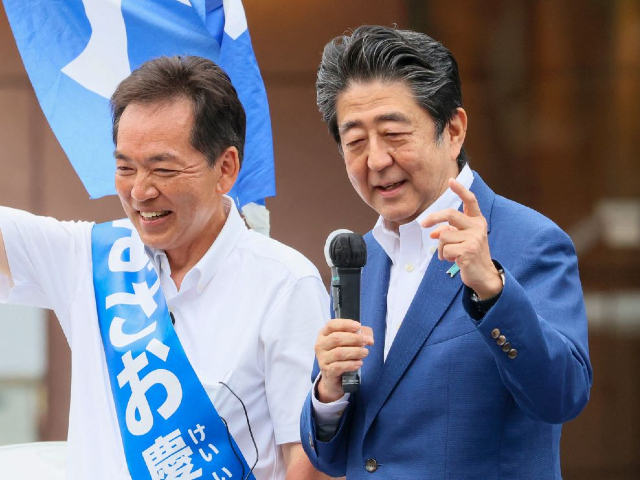 Abenomics was a dominant factor in Abe Shinzo’s life right up to his final days. He was reportedly working behind the scenes as a kingmaker – he was assassinated at a political event – and maybe even contemplating another comeback run for office, according to the Asia Times.

One of his major motivations for remaining engaged in politics was to protect the legacy of Abenomics. He was said to be worried that Kishida might approach Abenomics as a failure in need of reform, rather than a sound program in need of better implementation.

Whether as leader, adviser, or behind-the-scenes mover and shaker, Abe Shinzo wanted to give his signature achievement one more turn at bat, with the sizzling fastball of economic disruptions from Russia’s invasion of Ukraine heading over home plate.