Japanese Prime Minister Suga Yoshihide announced Friday he will not seek reelection on September 29 as president of Japan’s ruling Liberal Democratic Party (LDP), meaning he will effectively step down from his role as prime minister, the Japan Broadcasting Corporation (NHK) reported.

“Suga made the announcement at an extraordinary meeting of LDP executives on Friday [September 3],” according to NHK. The prime minister said he chose not to run in the LDP’s leadership election in part because he wants to focus on measures to curb transmission of the Chinese coronavirus within Japan.

Suga’s revelation on September 3 shocked many observers, as the prime minister “had expressed his intention to run” in the September 29 LDP presidential election as recently as September 2 “when he met LDP Secretary-General Nikai Toshihiro” to discuss the matter, NHK noted.

“To be honest, I am surprised,” Nikai told reporters on September 3 of Suga’s sudden choice not to seek reelection as LDP’s president.

“But I think he made the decision after thorough consideration. We believe that it is not appropriate for us to question him about it,” he said, referring to LDP executives like himself.

“We will accept the leader’s decision and deal with managing the party,” the LDP secretary-general affirmed.

Suga, 72, has held the position of Japanese prime minister for just 12 months. He assumed the mantle in September 2020 after former Japanese Prime Minister Abe Shinzo resigned citing health reasons. Suga served as Abe’s chief cabinet secretary while Abe was prime minister of Japan from 2012 to 2020: 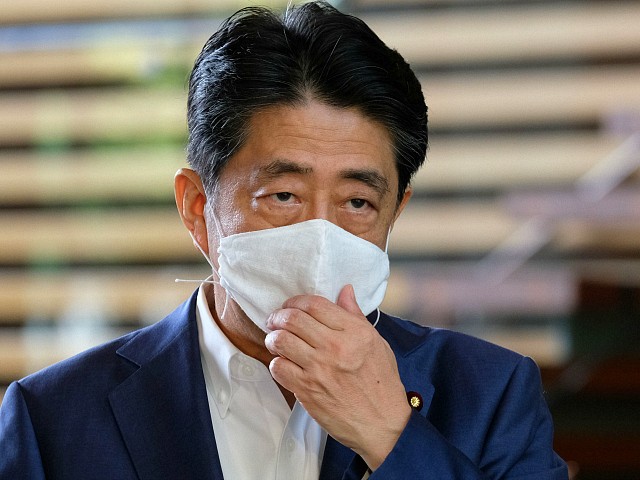 TOPSHOT – Japan’s Prime Minister Shinzo Abe wearing a face mask arrives at the Prime Minister’s office in Tokyo on August 24, 2020. – Abe earlier in the day returned to hospital on August 24 for more medical checks, a government spokesman said, a week after a first visit that fuelled growing speculation about his health. (Photo by Kazuhiro NOGI / AFP) (Photo by KAZUHIRO NOGI/AFP via Getty Images).

Japan’s prime minister is traditionally the leader of the majority party of Japan’s Diet, or national legislature. The conservative LDP is the Diet’s current ruling party. Suga and the LDP have suffered from intense public criticism in recent weeks for their handling of Japan’s coronavirus situation.

Public support for Suga and his cabinet dropped to a record low of 28 percent within Japan in early August, according to the results of a poll Asahi Shimbun published August 9. The left-leaning Japanese newspaper conducted its survey from August 7-8 in the wake of a largely successful summer Olympics hosted by Tokyo from July 23-August 8.

The majority of the Japanese public opposed Tokyo’s hosting of the games before they began, citing concerns the event would lead to a spike in Japan’s coronavirus caseload. Suga was a stalwart proponent of Tokyo honoring its commitment to host the games, which were originally scheduled to take place last summer but postponed due to the Chinese coronavirus pandemic: 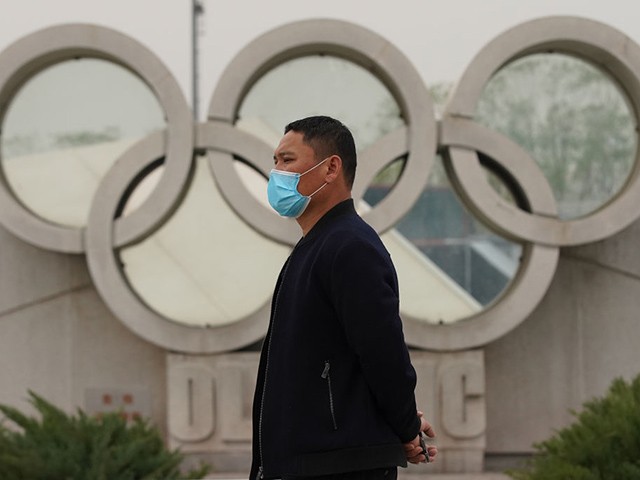 BEIJING, CHINA – MARCH 25: A Chinese man wears a protective mask as he walks past the Olympics rings at the Olympic park on March 25, 2020 in Beijing, China. The 2020 Tokyo Olympics have been postponed to no later than the summer of 2021 because of the coronavirus (COVID-19) pandemic sweeping the globe, the International Olympic Committee announced on March 24 (Photo by Lintao Zhang/Getty Images).

Japan is currently coping with a significant spike in its coronavirus caseload that began as the Tokyo summer Olympics played out. Suga and his fellow government officials have contended that the Olympic games were not the direct cause of Japan’s infection surge, as cases of the disease inside the strictly monitored “Olympic bubble” grew at a drastically slower pace than the transmission rate recorded nationwide.

“Although the Olympics were postponed for a year and held under various restrictions, I believe we were able to fulfill our responsibility as [a] host country. I would like to express my sincere appreciation to the Japanese people for their understanding and cooperation,” Prime Minister Suga said at a press conference on August 9.