Japan’s international news service NHK reported early Friday that former Japanese Prime Minister Shinzo Abe has died. He was shot during a speech on Friday in the city of Nara, near Kyoto.

He was shot on the street in Nara City, western Japan, at around 11:30 a.m. on Friday. The former leader was campaigning for the upcoming Upper House election. He was 67.

Sources from Abe’s NDP party were cited as the basis for the report.

“Shinzo Abe was transported to (the hospital) at 12:20pm. He was in a state of cardiac arrest upon arrival. Resuscitation was administered. However, unfortunately he died at 5:03 pm,” said Professor Hidetada Fukushima at Nara Medical University hospital, according to AFP.

Here is  earlier coverage on the hours after the incident:

Nobuo Kishi, who serves as defence minister in the Japanese government, added the attack is an inexcusable act no matter the motivations of the assailant.

Abe, Japan’s longest-serving premier, was shot in the neck and chest and has suffered significant internal bleeding, as Breitbart News reported. 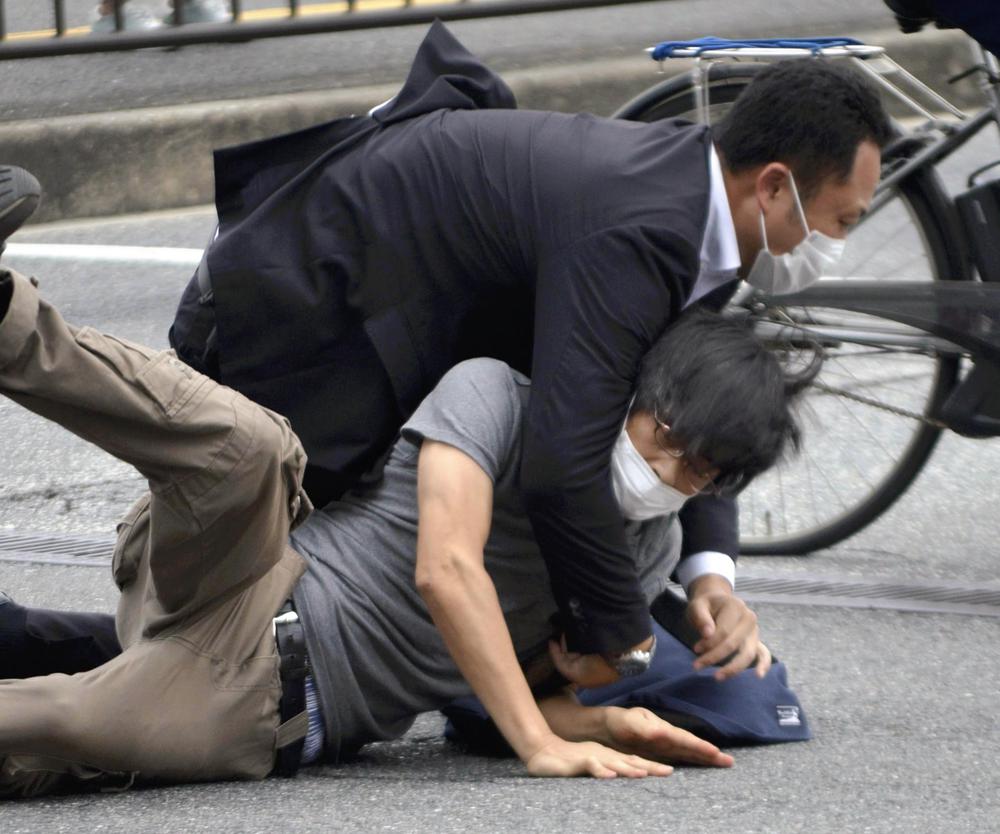 Abe collapsed in the western Japanese city of Nara around 11:30 a.m Friday, according to local news outlet NHK. A NHK correspondent reportedly heard two gunshot sounds and saw Abe collapse while bleeding from his chest.

The shooting has shocked a nation where gun violence is rare.

In Tokyo, people stopped on the street to grab extra editions of the Yomiuri Shimbun newspaper or watch TV coverage of the shooting. 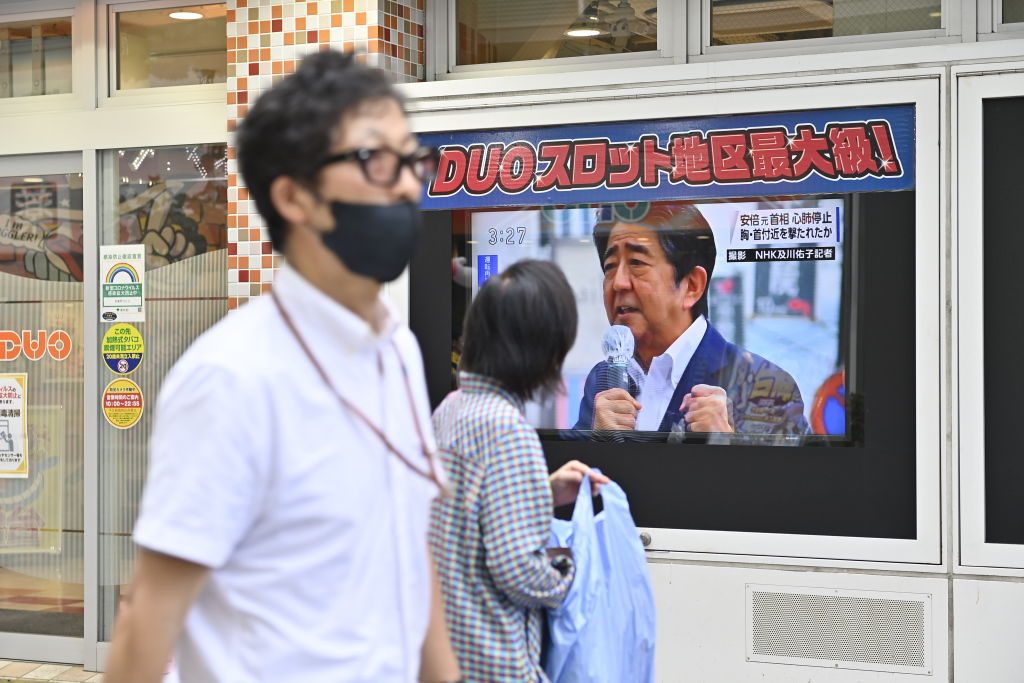 Shinzo Abe, Former Prime minister of Japan, was shot from behind during a street meeting to support a LDP (Liberal Democratic Party) candidate of the ruling party, on July 8, 2022 at Nara city, Japan. (David Mareuil/Anadolu Agency via Getty Images) 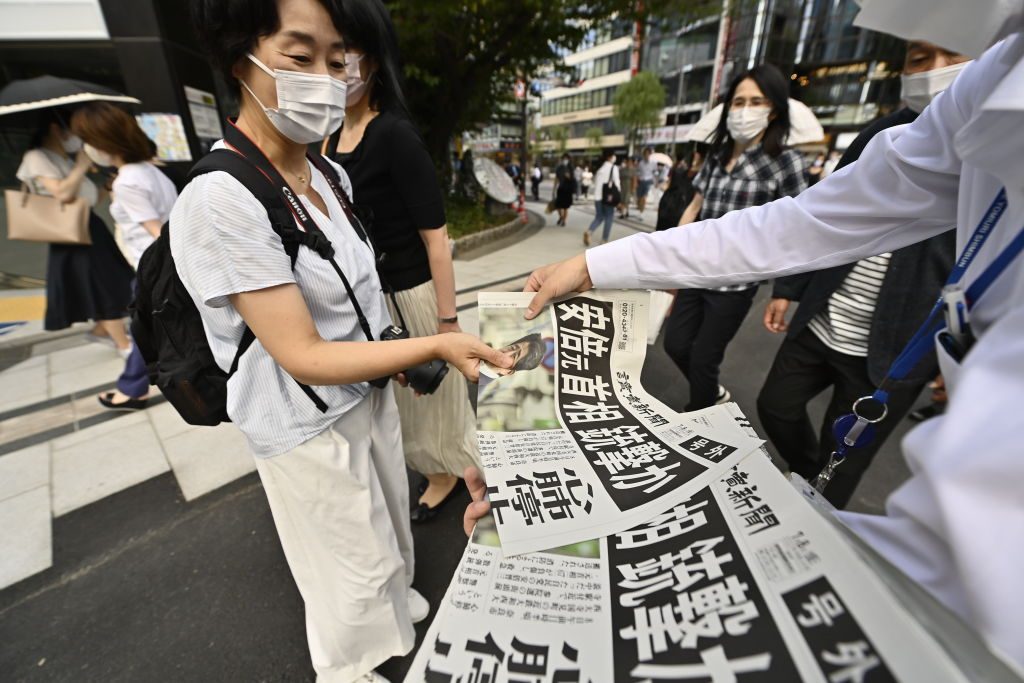 A special edition of a Japanese national newspaper is distributed in the street on July 8, 2022 in Tokyo downtown, Japan, after Shinzo Abe, former Prime minister of Japan, was shot on the morning the same day during a street meeting at Nara city, Japan. (David Mareuil/Anadolu Agency via Getty)

Before he was shot, Shinzo Abe had been campaigning for his former party ahead of Sunday’s legislative elections.

In an emotional press conference a few hours later, prime minister Fumio Kishida told reporters that Abe was in a “very grave condition,” the BBC reports.

“Currently doctors are doing everything they can,” said Kishida who appeared to be holding back tears, adding that he was “praying from his heart” that Mr Abe would survive.

He also condemned the attack, saying: “It is barbaric and malicious and it cannot be tolerated.”