The Chinese Communist Party has become one of the Taliban’s most enthusiastic business partners since the terrorist group overran Kabul in August 2021, the result of leftist President Joe Biden extending the 20-year Afghan War beyond the deadline predecessor Donald Trump had agreed to, breaking a deal with Taliban leaders. The agreement would have seen U.S. forces out of the country by May 2021, but Biden kept them in the country with the goal of withdrawing in September. A month prior to that deadline, then-President Ashraf Ghani abruptly fled Kabul as Taliban leaders crossed city limits.

China is one of the few countries in the world to maintain semi-formal ties with the Taliban. The United Nations does not accept the jihadists as the government of Afghanistan – despite no other entity contesting that title – nor do international finance institutions such as the World Bank and International Monetary Fund (IMF). China, however, identifies the Taliban as an “interim” government and maintains an ambassador to the Taliban in Kabul.

The Chinese government, particularly through its state media arms, has expressed loud interest in exploiting Afghanistan’s natural resources. Beijing has invested in a variety of infrastructure and economic projects, including a giant industrial park and a major oil deal. Its proximity to the Taliban, however, has attracted the attention of rival jihadists. The Islamic State has taken responsibility for at least two terrorist attacks targeting Chinese businessmen and government envoys in Kabul since December.

Qin, formerly the Chinese ambassador to Washington, made a call to Taliban “acting Foreign Minister” Amir Khan Muttaqi on Saturday to emphasize the importance for Beijing of the terrorist group ensuring that Chinese assets and Communist Party affiliates can operate safely in Afghanistan.

The Global Times referred to the Taliban only as the “interim government” of Afghanistan. 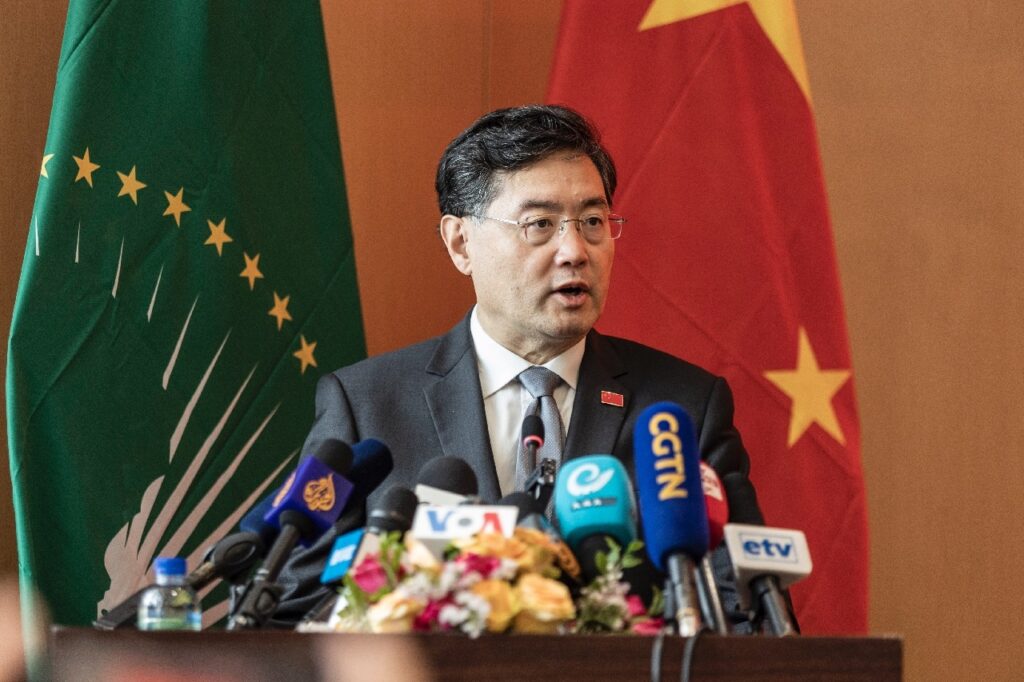 “He noted that Afghanistan … will take strong measures to ensure the safety of Chinese personnel and institutions in Afghanistan,” the Global Times added.

Following the stern remarks, Qin reportedly offered a promise that China would not pester the Taliban to respect the human rights of Afghans or make any moral demands on the group. China is one of the world’s worst human rights abusers, credibly accused of engaging in genocide against the Muslim peoples of occupied East Turkistan, which borders Afghanistan, for the past five years. 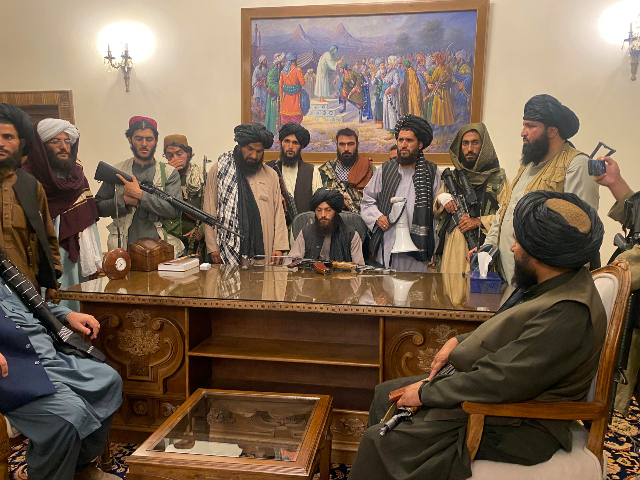 Qin also made several other bizarre remarks, including offering to support the Taliban in building an “inclusive political structure,” presumably not inclusive of women, and seeking a “moderate” political stance.

Muttaqi reciprocated by stating that the Taliban does not recognize the sovereignty of Taiwan, a free nation China falsely claims as a runaway “province” under Beijing.

The Afghan outlet Tolo News reported that, according to Muttaqi, the conversation lasted about an hour and included specifics on Chinese investment in the Taliban, particularly in agriculture. Speaking to the Afghan broadcaster, Afghan political analyst Zakiullah Mohammadi asserted that the conversation was a continuation of a relationship aided by China’s refusal to suggest changes in the Taliban’s radical jihadist ideology.

“The rest of the world has its demands. They ask for something else in return while they give something. China can provide aid to Afghanistan,” Mohammadi said.

China’s most recent investment in the country is a deal for oil exploration in the impoverished Central Asian country. The Chinese Xinjiang Central Asia Petroleum and Gas Co. (CAPEIC) signed a deal directly this month with the Taliban that would grant it rights over a 4500-square-kilometer region known as Amu Darya. The deal grants the Taliban only 20 percent of revenues from the project, according to representatives of the terrorist group themselves.

In May, Taliban Urban Development Ministry officials announced another massive economic investment into the Kabul area: a $216 million factory complex to be built and maintained by the Beijing-Nangarhar Construction and Manufacturing Company. Taliban officials claimed the project will create 45,000 jobs, though Chinese foreign projects usually result in jobs taken by Chinese nationals imported to usurp the positions of locals.

China’s growing profile in the country has attracted the negative attention of some locals – and attempts to sabotage cooperation with the Taliban. In December, the Islamic State claimed responsibility for the bombing of the Kabul Hotel, known locally as the “Chinese hotel” due to its popularity with Chinese visitors, injuring five Chinese citizens. Taliban spokesman Zabihullah Mujahid claimed his organization neutralized the threat, killing three assailants, but outraged Chinese officials in the country scolded the Taliban for failing to do enough to stop radical Islamic terrorism.

This month, another bombing occurred near the Afghan Foreign Ministry building in the capital as a Chinese delegation prepared a visit. This bombing killed at least five people and injured 40; the suicide bomber detonated himself outside after failing to enter the Foreign Ministry. The Islamic State again took responsibility and claimed the attack actually killed 20 people, not five. Taliban officials were vague on the matter of Chinese diplomats being present there at the time of the attack. Chinese Foreign Ministry spokesman Wang Wenbin said Beijing was not aware of any Chinese casualties in the incident.